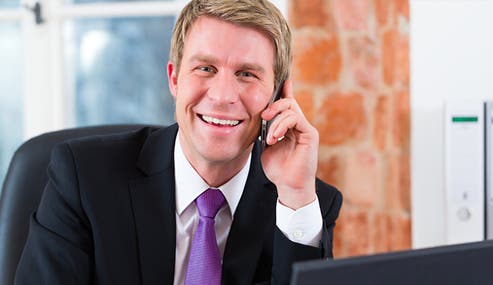 There’s been a lot of noise about the broad impact on jobs from the Affordable Care Act, or ACA. For example, debate rages about whether employers will make cuts to avoid the mandate that they must offer health insurance if they have more than 50 full-time workers.

But the law raises narrower employment questions, such as: Will Obamacare create jobs, specifically in health care? And what will those jobs be?

Those aren’t easy questions to answer, in part because the constant churn of hiring and firing in a complex economy makes it difficult to isolate specific trends, says Dennis Hoffman, an economics professor and researcher at Arizona State University’s W.P. Carey School of Business.

“It’s too early to tell whether the ACA is playing a significant role in job creation and hiring,” says Hoffman. “While we can see general employment trends, including health care job numbers, it will take more analysis to determine the motivation behind any movement.”

But there already is widespread, if anecdotal, evidence that some sectors have been hiring to gear up for the law’s implementation. Here are six examples, including pay information largely from the U.S. Bureau of Labor Statistics’ most recent Occupational Outlook Handbook. 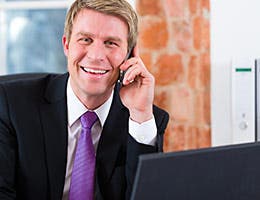 “With any new law, there’s always a need for interpretation,” says Craig B. Garner, a Santa Monica, Calif., lawyer and health care consultant. “Not surprisingly, the larger-in-scope the law, the greater the demand for interpreters.”

The more than 900-page Affordable Care Act and its many related regulations have created a bonanza for lawyers, and for more of them.

“The increased demand has two driving factors,” says Garner. “First, the ACA is complicated and long (and) few people really want to read it. Second, there is an abundance of incorrect information freely disseminated (about the law).”

Prior experience with the subject matter isn’t required.

“Health care law covers just about every topic of the legal profession,” he says. “As a result, there are opportunities for just about any attorney to transition into health care.”

But Garner stresses that even those who have invested three years in law school and several years practicing law need to realize health care law presents some very specific challenges. He points to what he describes as the “sheer volume” of health-related statutes at both the state and federal levels. 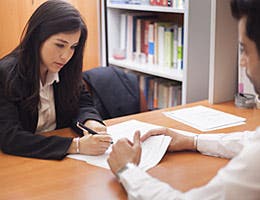 Health care is big business, so it’s not surprising to hear that consultants, who already are involved in virtually every American industry, stand to gain at least somewhat from health insurance reform.

Garner says there may be some uptick in hiring at consulting firms specializing in health care, though he adds that there’s already an “abundance of consultants right now who may be able to assist in these issues.”

Still, the Obamacare online insurance exchanges, or marketplaces, the employer requirements and the expansion of Medicaid in some states all present opportunities for consultants catering to businesses and government.

For the most part, consultants are advising these institutional insurance customers on how to meet the law’s requirements without breaking the bank. Consultants also are advising pharmaceutical firms and medical device makers on how to exploit opportunities presented by the ACA, and they’re helping doctors adapt their practices for the potential influx of new patients.

The definition of “consultant” can be incredibly broad. At the same time, the pay is often quite good. 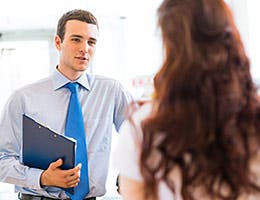 The Congressional Budget Office has estimated that as many as 33 million uninsured Americans will gain health coverage from the Affordable Care Act.

Blue Cross and Blue Shield of North Carolina, for example, is opening its first-ever retail stores to help enroll new customers. Lail says the Blues have more than a dozen new outreach programs underway in various states, though he says it’s too early to say how many new jobs are being generated by those initiatives.

Beyond the Blues, some online listings for insurance jobs now ask for candidates who have some knowledge of Obamacare. One company with insurance sales openings shouts in its job postings that Obamacare will create an “explosion” of sales.

The Affordable Care Act represents a large customer service undertaking. The federal Centers for Medicare and Medicaid Services has said that up to 9,000 new customer service agents would be needed to assist consumers using the Obamacare health insurance exchanges.

Many of those jobs are for call center operators, to explain insurance options and answer questions by phone. In one example, the consulting firm Challenger, Gray & Christmas says an Iowa call center added 120 jobs after winning a contract related to the health care law.

The employment opportunities will ebb and flow with the market, says Bruce Caswell, president of health services for Maximus, a contractor handling customer service functions for several of the online marketplaces.

“The ACA will certainly create an initial hiring spike, although this increase will vary across different states,” says Caswell. “Most states will ramp up hiring for the first open enrollment, and then adjust staffing accordingly.”

The best candidates for those jobs are people with strong interpersonal skills and, ideally, some health care experience. But, says Caswell, “they don’t need to be health care professionals … and all operators receive comprehensive training.” 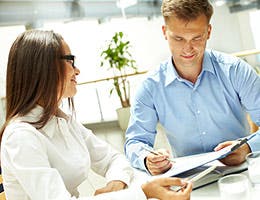 “Navigator” is a new class of job created by the health care law. The Obamacare navigators are charged with helping people work through enrollment paperwork. They educate consumers about the new marketplaces and determine if they qualify for a federal tax credit to save on the cost of health insurance.

The job functions are similar to those of a call center operator, says Caswell.

“Call center operators are not navigators, although both are working toward the same goal of getting people insured,” he says. “Navigators are funded by either the federal government or the state-based exchanges and will provide face-to-face assistance to those individuals in need of such help.”

Consumers looking for a navigator’s help must check with their state’s exchange for contact information.

The federal government has awarded $67 million in grant money to more than 100 local community and other groups to hire navigators. Caswell’s company has been contracted by at least one state to help hire and manage navigators, who will undergo 20-30 hours of certification before they can work with the general public.

As for pay, you won’t get rich being a navigator. The pay also is similar to that of a call center operator, says Caswell. 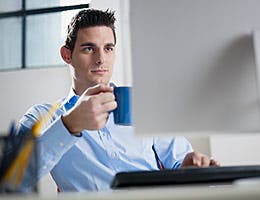 Increasingly, it’s a technology-driven world, and health care is no exception. Those who work at the intersection between health care and information technology say the Affordable Care Act will only bring the two fields even closer.

“The ACA mandate for the implementation of electronic medical records has created a strong need for IT professionals, which creates excellent job opportunities,” says Amanda Bleakney, managing director for health services at The ExecuSearch Group, a New York City staffing firm.

According to Bleakney, there’s already been a “strong uptick” in demand for IT professionals with health care experience.

The IT crowd also is benefiting from the Obamacare health insurance marketplaces. Reston, Va.-based hCentive, which is helping insurers connect to the exchanges, recently filled 150 new jobs, the bulk of which are in the IT field, according to Manoj Agarwala, the company’s president and chief operating officer.

“These online marketplaces are a new technology for the health insurance market, requiring quick development of an entirely new cottage industry,” says Agarwala. “In addition to software development, IT resources are required on the plan and exchange side in order to keep the exchanges up to date and operational.”