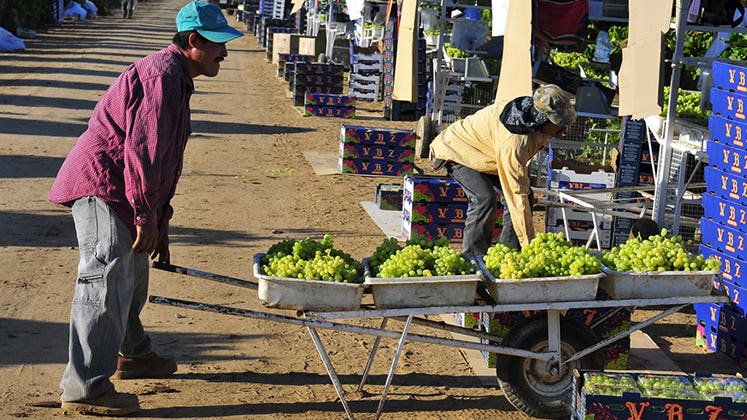 The federal government sets a floor for pay in the United States: the federal minimum wage. It has remained at the same level since 2009, which has led more than two dozen states and the District of Columbia to raise the minimum wage on their own, within their boundaries. President Barack Obama says it’s time for an update in the federal minimum, and he has called on Congress to give the poorest working Americans a raise.

Do you know the federal minimum wage? A new Bankrate survey finds most Americans aren’t fully aware of what it pays.

Only 1 in 3 knew the correct answer

The current federal minimum wage is $7.25 an hour. That means a full-time worker earning the minimum wage makes about $15,000 per year, assuming that “full time” means 40 hours per week.

In the survey, only 33 percent of respondents correctly chose $15,000 as the approximate annual pay. More people — 38 percent — incorrectly picked a higher amount, while 16 percent thought a full-time minimum-wage worker earned $10,000 a year.

Among regions, people in the Northeast tended to know the correct annual pay more often than their counterparts in other regions. Those identifying as Democrats or independents knew the right answer more often than Republicans. Among age groups, those 65 and older were least aware that the answer was $15,000.

Editor’s note: Based on a 40-hour, full-time workweek. Results total 101 percent due to rounding.

Do people work full time for $7.25 an hour? Alfred Williams does — and says it’s not easy. “It’s a lot of maneuvering with my money, because I have rent and I have to pay my phone bill and then I may have to buy new uniforms,” he says.

Williams is a baggage handler at Philadelphia International Airport. The 28-year-old typically begins work at 5 a.m., when many international flights arrive, and he says it isn’t unusual for him to handle as many as 1,000 pieces of luggage a day. His muscles can begin aching early in the day.

“We have to bust our behinds,” says Williams.

For 26-year-old Rita Dias, who works at a Popeye’s fast-food restaurant in Boston, there was some relief Jan. 1 when Massachusetts’ minimum wage rose $1, to $9 an hour. That made a difference between walking home through a tough neighborhood after her night shift and being able to afford a bus pass.

“I was so scared to walk over there alone,” she says.

In his 2014 State of the Union address, Obama urged Congress to boost the federal minimum wage to $10.10 an hour. But political observers note there’s strong opposition in the Republican-controlled Congress. 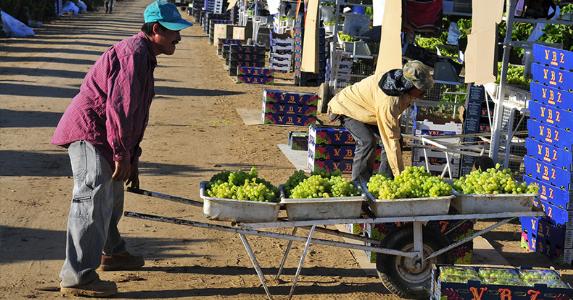 “When you raise the minimum wage, you permanently reduce the number of employment opportunities going forward for anybody who is a new, low-skilled worker entering the labor force,” says William Dunkelberg, chief economist for the National Federation of Independent Business and a professor of economics at Temple University.

But a report issued last year by the University of California-Berkeley says evidence regarding possible job losses is far from conclusive. Any increased costs can be absorbed, the report says, “from reduced worker turnover and improved efficiency, higher prices and lower profits.”

Politicians on both sides of the debate have been weighing in, playing to their bases. They include New Jersey Gov. Chris Christie and Wisconsin Gov. Scott Walker, both seen as potentially interested in the Republican Party’s presidential nomination.

Walker last year was quoted as saying: “I don’t think (the minimum wage) serves a purpose because we’re debating then about what the lowest levels are at. I want people to make … two or three times that.”

At the other end of the political spectrum, Massachusetts Sen. Elizabeth Warren, whom some would like to see vie for the Democratic nomination, often tells how her mother fended for the family with a minimum-wage job at Sears after her father suffered a heart attack.

Leaving it to the states

In the near term, the issue may not find traction in Washington. “Most advocates of a higher wage concede that this is an issue for the states, not Congress,” says Valliere.

That means people like baggage handler Williams must rely on state or local officials to champion his cause.

“Most of the people who are hardworking and know what we’re going through, because they’ve been through it themselves, they’re sympathetic and understanding” he says. “They realize you can’t live off $7.25 an hour. It’s not humanly possible.”

Bankrate’s survey was conducted by Princeton Survey Research Associates International, which conducted telephone interviews with a nationally representative sample of 1,000 adults in the continental U.S. The survey was conducted Jan. 8-11, 2015, and has a margin of error of plus or minus 3.7 percentage points.