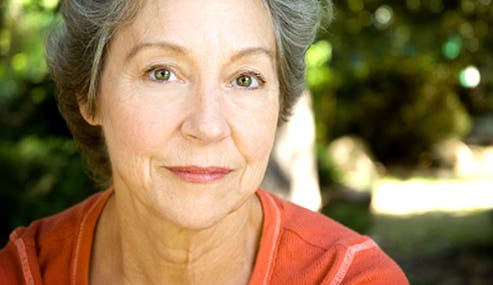 Savvy baby boomers map out their retirement plans, but some are thrown off course by sudden job elimination. They begin rethinking their strategy and asking questions: Do I have enough resources to retire now? Should I look for a job in today’s market? What happens if I can’t find one?

Lithonia, Ga., resident Monique Rosen, 55, faced unexpected retirement a few years ago. She had accepted an early retirement package after 30 years of service at her job because she felt she had no other options. The pension was enough to make ends meet as long as the car never needed repairs and she and her husband didn’t travel.

Rosen says she needed to work for another 10 years to enjoy the lifestyle she and her husband had prior to her job loss. “We aren’t extravagant, but like to be able to pay for unplanned emergencies and leave the house once in awhile,” she says.

After three months of searching job boards and filling out online applications, Rosen was invited to participate in an interview. The hiring manager wondered why, after retiring, Rosen was looking for full-time work. Sensing she wasn’t being seriously considered because of her pension, Rosen affirmed that she wanted to work for many more years. But she was not selected for the job. After two more years of searching, she stopped looking for good.

Since Rosen had no choice but to accept an early retirement package due to company downsizing, she was, in reality, laid off, and this may have been a better choice of words to use on her application.

“Always be honest during an interview, but you don’t need to volunteer information,” says Dr. David DeLong, president of consulting firm David DeLong & Associates based in Concord, Mass. Prospective employers do not need to know whether or not a candidate is receiving a pension, but rather if the applicant has the skill set to do the job, he says.

Tom Gerken, 65, of Mission Viejo, Calif., also found himself facing an unexpected retirement. His tenured position from a high-tech company was eliminated in March 2010. He found himself withdrawing money from his 401(k) several years earlier than planned.

“I sent out countless numbers of resumes and received only one call,” says Gerken, who holds a master’s degree from a prestigious university in California.

That call did not result in a job offer. Professional connections shared leads and contacts, but he was still batting zero. Finally, a friend who knew a senior executive of a large sports and entertainment venue put in a good word for Gerken. This personal reference helped him land a job, almost three years after the company downsize. The position is part time and in a lower-paying field of work, but Gerken is happy to be employed again.

Should I stay or should I go?

Rosen and Gerken’s frustrations are shared by other older workers, as well. A recent survey found that among workers over the age of 50 who looked for a job over the past five years, 55 percent reported having difficulty finding one. Eight percent had been laid off by their employers.

Matthew S. Rutledge, a research economist at the Center for Retirement Research at Boston College, found that during the recent recession, boomers with the financial means to retire had an increased likelihood of ending their search for a job, particularly those old enough to be eligible for Social Security benefits. According to a study he authored, more than half of laid-off individuals age 62 or older stopped looking for work within nine months of a job loss; among those in the 50-61 age bracket, less than 30 percent did so.

“If job prospects are poor, many will give up and apply for Social Security,” says Rutledge. He adds that if the job search seems hopeless, workers under 62 are likely to tap into a defined benefit pension from a job they had in the past or apply for permanent disability if they meet the qualifications.

How to reverse an unexpected retirement

Those who do not have the means to retire and those younger than 62 may need to retool their job search skills. DeLong emphasizes the importance of staying in tune with social networking sites such as LinkedIn, and having an understanding of how electronic applicant tracking systems work.

“Use LinkedIn to identify someone in your industry who may be able to introduce you to a connection at a company where you would like to work,” says DeLong. “Networking is so important, but is ultra-important for older job seekers.”

With the days of the paper application behind us, having an understanding of how applicant tracking systems work is critical for older job seekers. In his book, “Graduate to a Great Job: Make Your College Degree Pay Off in Today’s Market,” DeLong explains how to use keywords from job postings in an application or resume to work in a candidate’s favor.

Resumes of older workers may contain too much information and screen candidates out of consideration. DeLong suggests dropping a lot of the jobs and avoiding any reference to your age in a resume.

“Don’t trim down your resume completely,” says Vicki Salemi, career expert and author of “Big Career in the Big City.” Instead, use your good judgment to tweak it.

“If you’re a vice president applying to a management position that doesn’t require managing budgets, tailor your CV to eliminate bullets about budgets and highlight your VP experience that is relevant to the position you’re pursuing, such as managing and leading a team.”

For workers who spent many years at the same company, it’s important they let hiring managers know they are open to change. “Ensure the verbiage you use on your resume and in conversations isn’t too specific to your former employer. You’ll want to show future employers you have the adeptness, flexibility and ability to learn their processes,” says Salemi.

Target your search and ace the interview

DeLong warns against “spray and pray” tactics where job seekers apply for every position available, hoping to land a job. “You only want to apply for jobs where your skills make sense,” he says.

Once a match is identified, a cover letter and resume should be edited to fit the specific position. “The purpose of the resume is to get an interview,” says DeLong. Before going on an interview, DeLong suggests doing some homework:

Relax, bring energy and enthusiasm to the conversation and show a prospective employer the value you will bring to the company.

Your success in landing a job will enable you to work until you’re ready to retire — on your own terms.