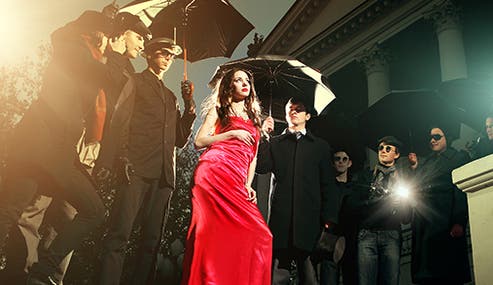 When it comes to earning more money, your personality type may have some influence on the matter. But experts caution that workers shouldn’t read too much into personality tests, and they shouldn’t assume that their personality automatically sets them up for success or failure.

“Self-analysis is an incredibly helpful tool for most people, especially when dealing with career issues,” says David Prescott, director of health care studies at Husson University in Bangor, Maine. “But, personality is just one of many factors, and the research shows that the predictive power of any psychological test for income is likely very, very modest.”

But when a job site published an infographic correlating income to the Myers-Briggs Type Indicator test, the results went viral. The widespread reaction seemed to suggest that tests like Myers-Briggs, one of several leading psychological exams that employers and career counselors use to assess core personality traits, could shed some light on earning potential. Those with the Myers-Briggs personality type ENTJ (extraversion, intuition, thinking, judgment) dramatically outperformed all others, earning nearly $85,000 per year, on average. The next best performing personality type earned about $10,000 less per year, on average.

But correlating income to personality type isn’t the same as showing that personality determines income, according to Dr. David M. Reiss, a psychiatrist in San Diego.

“At best, you’d need incredibly large data sets to say anything useful about the correlation between personality type and income, and even then, you’d only get some very general trends,” Reiss says. “Tests like Myers-Briggs just aren’t designed to get at that kind of information because they group people into fairly broad categories.”

Personality tests are useful as screening tools in the workplace, Reiss says.

But he adds that you need a lot of context to take away anything useful from the results.

“Employers often use them to see if someone is a good fit for the specific job and to better understand how an employee might fit into the overall environment,” Reiss says. “And oftentimes, these tests are used to weed out extreme personalities that could be a problem. But even then, these tests aren’t perfect.”

On the employee side, personality tests are frequently used to help people find a career that they might like. But again, that shouldn’t be confused with earning potential.

How can you use your results?

Despite the limits of personality tests, taking them can help you perform better at work. That may very well lead to an increased income, depending on your field.

“If someone is open to learning about themselves, then these kinds of tests can help them identify their strengths and weaknesses,” Reiss says. “Knowing that information can certainly help your career.”

Personality tests also may help you find the right career, but that can cut both ways when it comes to income because it’s possible that the career you enjoy most may not pay as well as some of the other options.

“The most significant connection between understanding your personality preferences and income is in getting people into roles in which they will thrive,” says Steve Langerud, a Greencastle, Ind.-based workplace consultant who has made regular use of the Myers-Briggs test. “Finding roles where people can perform at a high level and sustain that performance over time sets the stage for increasing their income.”

A grain of salt

One thing people who take these tests should remember is that they’re imperfect, Reiss says.

“These tests are snapshots of a particular moment, and when we take them, we tend to want to put our best foot forward,” he says. “Oftentimes, people give answers that are truthful, but that are also somewhat influenced by what they think the correct answer might be, especially if the test is administered as part of a job interview.”

Husson University’s Prescott says that it’s also important to remember that you can’t change your personality, at least not in any fundamental way. So, while it’s good to know about your personality, it’s not as if you can alter who you are.

“You won’t see a flip in personality,” Prescott says. “But, there is a range in which we all operate, and within that range, it’s possible to make improvements.”

Focusing on how to play to your strengths and address your weaknesses may very well lead to greater job satisfaction, a better job or improved job performance, Prescott says. But, he says, there are limits.