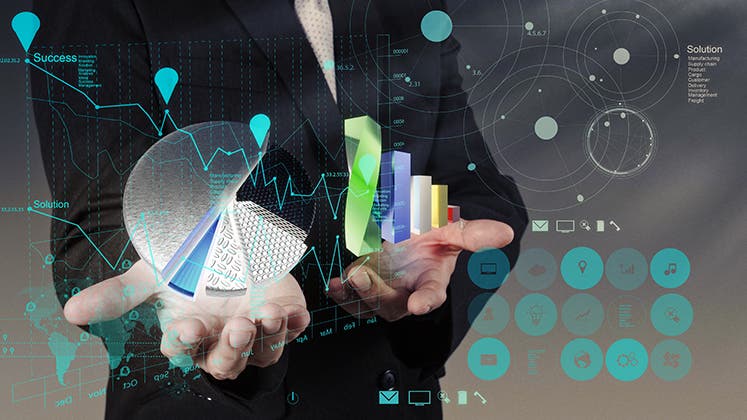 Throwing darts at stock listings in the newspaper may be as reliable a method for picking stock market winners as any other strategy. But what about picking actively managed mutual funds?

Because fund managers each have their own investment objective and strategy, individual investors have to dig a little bit to find funds that would be suitable for their portfolios.

First, let’s distinguish between passively managed and actively managed mutual funds. Index funds mirror a benchmark such as the Standard & Poor’s 500 index. An actively managed fund that invests in large-cap stocks and uses the S&P 500 as its benchmark would try to do better than the index.

Sounds like a lofty goal. Some actively managed mutual funds do deliver on that promise, but many more fall short. Sadly, it turns out that there’s little evidence of a surefire way of picking funds that will outperform since no one can see into the future. But read on to learn some ways to pick a few quality funds out of a crowded pack.

The cost of performance

Paying investment fees ultimately means you have less money to invest. That reduces the number of dollars available for compounding over time, and compounding is the mechanism on which the success of investing depends.

The expense ratio is the most obvious fee. A mutual fund’s expense ratio reflects the fees charged to investors to keep the mutual fund running. Actively managed funds have more internal costs than index funds, including managers and any number of researchers tasked with finding potential investments. With more people on the payroll, active funds pass along the costs to investors and typically cost more than the average index fund.

The actively managed fund will need to earn the return of the benchmark index plus the added cost of the fee to justify an investment in it instead of the index fund. 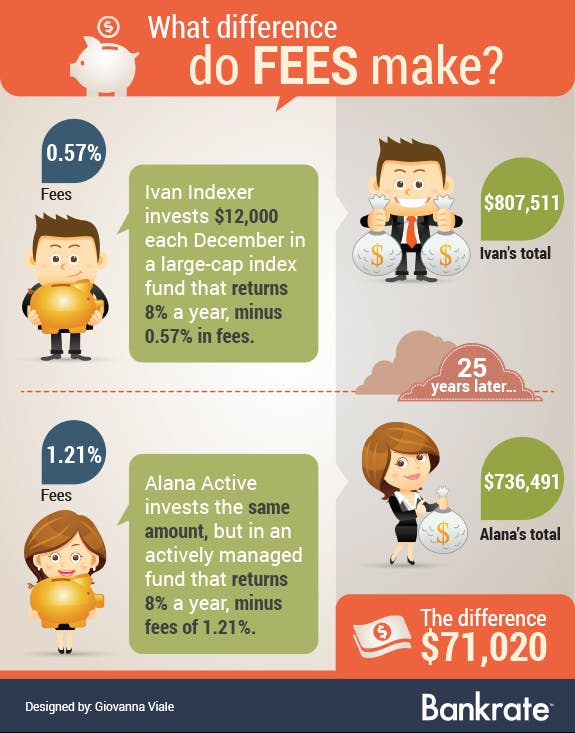 In addition to expense ratios, trading within funds can also cost investors. As every investor knows, it costs money to buy and sell stocks, and mutual funds aren’t exempt. But funds don’t pay for all that trading: The cost is passed along to investors.

Investors need to pay attention to portfolio turnover to see how much trading goes on.

“A high turnover ratio means more buying and selling throughout the year. A ratio of 100 means they have turned over the entire portfolio. That adds to the cost of the fund and it’s not picked up in the expense ratio. It eats into your returns,” says CFP professional Jeffery Nauta, CFA and principal at Henrickson Nauta Wealth Advisors in Belmont, Michigan.

Now that you know the hurdles that actively managed funds must surmount, check out a fund’s history.

Making sense of past performance is less of a science than an art. Avoid looking for today’s best performing funds.

Instead, look for a “record of risk-adjusted returns,” says Dan Dingus, president, chief operating officer and director of portfolio management at Fragasso Financial Advisors in Pittsburgh.

Investors can use a couple different measures of risk-adjusted returns, but some math is required. The Treynor ratio, Jensen’s alpha and the Sharpe ratio all attempt to define a portfolio’s return in relation to market risk. For the arithmetically challenged, Morningstar’s star ratings for funds are also risk-adjusted measures of return.

Risk-adjusted returns reveal how fund managers earned their paychecks. “2008 was the revealing year for many managers who were using more risky assets to boost returns. As the crisis unfolded, many managers were exposed and suffered,” Dingus says.

When comparing two funds with similar returns, the fund with the lowest level of risk should win favor over the high-risk fund.

Look under the hood

No hunt for mutual funds would be complete without popping the hood and taking a gander at the companies owned.

First, make sure that the fund doesn’t significantly overlap mutual funds you already own.

“Many investors who select good funds may be unaware that they may be holding two or three funds which are essentially the same fund. The overlap among the holdings can be very high and thus create an illusion of diversification,” he says.

Look for style drift in funds as well. “They might say U.S. large cap, but they could be tilting toward mid cap. Overall, it’s not quite the same,” says Phillip Christenson, CFA, financial planner and portfolio manager at Phillip James Financial in Plymouth, Minnesota.

“Also, look at how many stocks they hold. There are large-cap funds that hold only 20 stocks. There is a lot more risk in that fund than a fund that holds 500 stocks,” he says.

Some funds may devote a large percentage of assets to just one company, which increases the risk and also could make returns unsustainable.

The investment process should be consistent and transparent, says Dingus. “Sometimes one or two highly successful years can create a solid long-term performance record, creating an illusion of superior risk-adjusted returns.”

Check out the manager

Though some fund managers reach rock-star status, don’t expect to recognize many names. Instead, try to do some sleuthing about the fund manager’s background in the investment industry. Look for certifications such as the chartered financial analyst, or CFA, and his or her track record at other funds — if a track record exists.

Further, consider what makes a fund manager special among a crowded field of smart people all trying to do the same thing.

“What competitive advantages does the active manager have?” asks Dingus.

“Do they have ample research resources? Do they have analysts around the globe if they are international managers? Have they demonstrated prior success at another investment strategy?” he asks.

Don’t be so impressed by the cult of personality surrounding some fund managers that you lose sight of what is most important: a succinct and understandable investing strategy and relatively low cost.