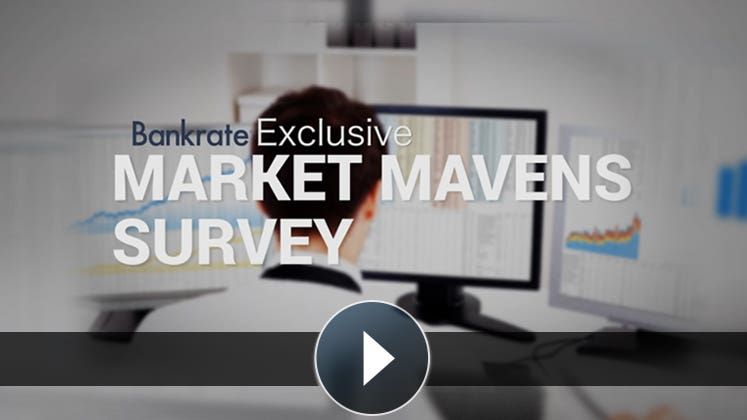 The stock market’s bulls are likely to keep running, but they’re ready for a European vacation. In Bankrate’s first-ever Market Mavens Survey, top professional investors and Wall Street prognosticators say the six-year bull market in U.S. stocks should still have legs in the year ahead, though the group tilts toward thinking the best returns could come from Europe or abroad.

The experts remain mostly positive on the outlook for U.S. equities, despite what they view as the virtual certainty of a Federal Reserve rate hike.

More than 8 out of 10 respondents expect the benchmark Standard & Poor’s 500 index will be higher a year from now. But when asked where they see the best returns on stocks, most said they’re looking abroad. What about the chances of Wall Street’s bulls being sidelined by bears? A strong majority puts the probability of a bear market at less than 50 percent.

Most of the more than 20 market analysts who participated also expect the Federal Reserve to boost interest rates this year, similar to the response we got from economists in our separate Bankrate Economic Indicator quarterly survey published in March.

Stocks higher or lower? A stunning 85 percent of our market mavens look for the S&P 500 to be higher a year from now. Why? “U.S. earnings growth will continue at a reasonable pace. (The) Fed rate hike will put pressure on fixed-income markets, making dividend-oriented stocks more favorable,” says Tom Lydon, editor of ETF Trends. Forecasts for the S&P range from 1,425 to 2,264. The median one-year forecast for the benchmark stock index — meaning half were higher and half were lower — is 2,217. Circle that number and check it in early 2016.

U.S. versus the world: Some 62 percent of the respondents see the best stock market returns coming outside the U.S. in the year ahead. “Growth prospects are better in recovering European and international markets,” says Jeffrey Hirsch, editor of Stock Trader’s Almanac. The other 38 percent favor U.S. stocks over global markets. “The U.S. should continue to benefit from being the best house in a bad neighborhood,” says Michael Farr, CEO of Farr, Miller & Washington. 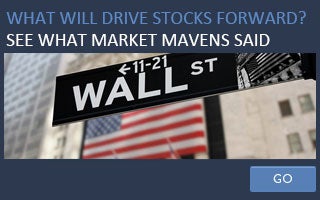 European stocks: Europe’s economy has been through plenty of challenges in recent years, but 80 percent of the market pros answering our survey believe European stocks have bottomed out. Only 15 percent expect further losses, and the other 5 percent are unsure. “I believe Europe won’t crash and burn, simply based on investor sentiment,” says Jeff Reeves, editor of InvestorPlace.com.

Growth or value? This answer here is a rare toss-up. Asked which group of stocks holds out the prospect for best returns over the next year, half the experts went with growth and the other half went with the value theme.

Bulls vs. bears: Three-quarters of the group put the odds of a bear market at less than 50-50. A bear market is generally defined as a decline of 20 percent or more in stock prices. In the minority is Robert Brusca, chief economist with FAO Economics, who puts the chance of a bear market at 60 percent. “The bull market is very long-lived,” he says. “During an extended bull market, bad habits are developed, and the need to purge them becomes acute.”

Fed rate hike: An overwhelming 90 percent of survey respondents expect the Federal Reserve will boost interest rates in 2015. As for specifics, one-third say it will happen in June, while 38 percent say the Fed will pull the trigger during the July-September quarter. Nineteen percent say the rate hike won’t come until the final quarter of this year. “Look for what the Fed does to shape the performance of the market,” says Sam Stovall, U.S. equity strategist with S&P Capital IQ. “I think investors’ expectations for the magnitude and speed of U.S. interest rate increases will play a major role in equity price performances over the coming year.”

10-year Treasury bond: When we asked the experts to predict the yield on the 10-year note one year from now, the range was between 1.8 and 3.25 percent. The median forecast is 2.5 percent. About half the respondents expect a yield below 2.5 percent, while about one-quarter look for 3 percent or higher. What about the outlook for fixed-income investors? “I do not foresee a bear market in bonds over the next year,” says Marilyn Cohen, president of Envision Capital Management. “The global economy is way too lethargic, and with a strong dollar, our multinational companies are going to lag their earnings projections.”

How should investors use the results of Bankrate’s survey? Here’s advice from Greg McBride, CFA, chief financial analyst at Bankrate.com: