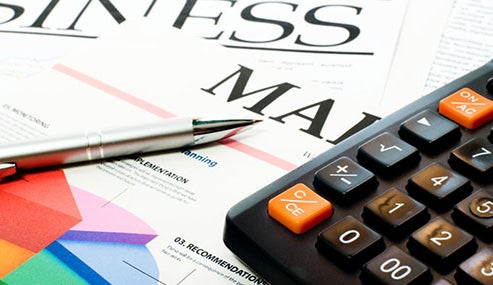 Every investor is looking for the goose that lays the golden eggs, but these days, they might have to settle for a pigeon.

For income investors who pay their bills with cash flows from their portfolio, finding investments that preserve their principal and pay out enough to cover expenses has been a challenge in the four years since the financial crisis. The sluggish recovery, combined with Federal Reserve efforts to stimulate the economy by pushing down interest rates, has kept yields on investment-grade bonds and other fixed-income investments at minuscule levels.

In fact, it’s been two years since the 10-year Treasury constant maturity rate, a key benchmark for bonds, was more than 3 percent, meaning that lending the federal government $100 for 10 years pays a yield of substantially less than $3 annually. Investment-grade bonds aren’t paying much more, with the Bank of America Merrill Lynch US Corporate BBB Effective Yield index currently around 4.17 percent after a recent bounce.

Nothing relieved investors’ desperation for yield quite like a bond offering from Apple in late April. Investors snapped up the record $17 billion offering, which included $3 billion worth of 30-year bonds paying just 3.85 percent.

There’s little doubt that low yields are causing some investors to reach for yield in riskier assets, says Joel Redmond, a senior financial planner for KeyBank.

“When the federal funds rate is at zero or 0.25 percent for years and years and years, people want to make something for tying up their money and lending it, and when they can’t get a specific amount or the amount they expect, they tend to modify or maybe even relax their normal attitudes toward risk,” Redmond says.

To get that specific yield they seek, fixed-income investors are using three tactics that could come back to haunt them later, says Tom Kersting, an investment strategist for Edward Jones.

Buying bonds with extended maturities will earn investors higher yield, but those bonds will likely see their market values fall the most when rates rise, making them a risky play in a time of historically low yields, Kersting says.

“I don’t think taking on longer-term bonds in this interest rate environment is the wisest move,” Kersting says.

Junk bonds rank below investment-grade bonds, which are typically rated BBB- or higher. Junk bonds carry a greater risk of default, which is when a bond’s issuer stops paying the required interest or principal payments to investors. Unfortunately, many investors may overlook that higher default risk, trying to earn the higher yields of yesteryear, Kersting says.

“Five years ago, you could get north of 6 percent for a long-term bond. Today, you’re getting 4 percent for that same bond. I understand that that’s tough for investors, but you can’t go trying to replace that 6 percent with another 6 percent bond. To do it, you have to take substantially more risk — default risk, credit risk — and go with a longer maturity,” he says.

Investments that act like bonds, paying out monthly cash flows to investors but carrying substantially more risk, are getting more attention from income investors these days.

“You see folks more interested in preferred stocks and higher-yield bonds and floating-rate notes, and those are all investments that have additional risks compared to high-quality, individual bonds or high-quality bond funds,” Kersting says.

Redmond says preferred stock, a type of equity that pays a fixed dividend and is prioritized ahead of common stock in a bankruptcy, can be particularly appealing to fixed-income investors. But just because a preferred stock quacks like a bond doesn’t mean it is one, Redmond says.

“Preferred stocks may behave the same way as bonds do, but there’s no maturity at the end of the line. The maturity is perpetual,” Redmond says. “The bottom line is if you want to sell, you may not get anything near what you paid for the investment. You’re never guaranteed the face value back.”

And, should the company go into bankruptcy, you’ll be in line behind bondholders to get your money back, he says.

What’s an investor to do?

Kersting says that how individual investors combat low yields depends on their financial situations. If low yields are putting pressure on fixed-income investors’ day-to-day finances, it may be time for them to rethink their strategy.

While most investors don’t accumulate a portfolio big enough to live off by cashing in their investments frequently and spending the proceeds, that’s actually preferable to taking on large amounts of additional risk without a comparable reward.

“Don’t try and reach for yield that’s just not there anymore,” he says. “The other option — and investors don’t prefer this option, but it is an option — is to take withdrawals from your portfolio and generate the income through sales. Most investors, especially retirees, have saved most of their life, and part of the reason they did that is so they can take withdrawals from time to time. And, in a lower-interest-rate environment, those become more prevalent, I think.”

All bond prices have had an astonishing bull run over the past five years, with the Bank of America Merrill Lynch US Corporate Master Total Return Index value up nearly 68 percent since October 2008. Cashing in on some of the appreciation in bond prices may be a better way to generate income than sinking money into fixed-income investments that may not pan out, Kersting says.

Beyond that, generating the income you need from investments is mostly about the painstaking work of building a suitable, balanced portfolio, Kersting says.

“Rates are extremely low, and unfortunately there’s no magic answer,” he says. “There’s no silver bullet here. It’s really about building a high-quality portfolio of both stocks and bonds, and from the stock side, making sure to include some of those dividend-paying stocks, even ones that pay rising dividends over time, as well to kind of give yourself a pay raise over time.”