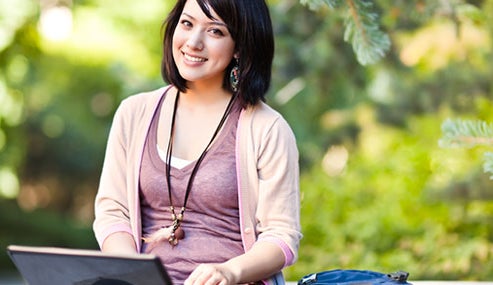 Looking for some yield? Who isn’t, these days?

When investors seek dividend yields, many only consider U.S. stocks. U.S. companies paid out a record $311.8 billion in dividends in 2013, beating the 2012 record of $281.5 billion, according to Standard & Poor’s. But traditionally, foreign company stocks sport higher yields.

“It’s a huge universe, and it’s true that most foreign stock markets do have higher dividend yields than the U.S.,” says Josh Peters, editor of Morningstar’s DividendInvestor newsletter.

With about 67 percent of the world’s dividends coming from outside the U.S., according to MSCI, it’s worth looking beyond national borders.

“The dividend yield of the U.S. stock market using the S&P as a benchmark has been in the 2 percent range, plus or minus,” says Peters. “That’s one of the lowest yields in the world. Currently, 3 percent to 4 percent in yields are readily attainable in a lot of foreign markets.”

So how do you pick good, high-yielding foreign dividend stocks? You can either choose them individually or invest in a mutual fund with foreign equity holdings that pay dividends.

Another option is to buy an exchange-traded fund, or ETF, that focuses on foreign dividend stocks. The vast majority of ETFs track a market index. “The idea behind buying is you believe in buying high-yielding equities, but don’t want an active strategy,” says Morningstar ETF analyst Abby Woodham. “You just want to buy a whole market.”

“The rationale for buying a foreign dividend-focused ETF is the same as buying a domestic ETF,” she adds. “Most of the total return on equity markets comes from dividends.”

Many financial pros searching for either domestic or foreign dividend-paying stocks are value managers, meaning they search for stocks thought to be undervalued in relation to their fair value.

Although Schreiber describes himself as a value manager, “We go beyond just the search for value,” he says. “We buy stocks when they’re cheap, when they’re trading at a low price from where they normally trade. This way you have a high probability of being able to sell to somebody else at a more expensive price.”

Daniel Kern, president and chief investment officer of Advisor Partners in Walnut Creek, Calif., says the key things his firm looks for are “whether the company has a history of paying dividends, whether they have a consistent cash flow necessary to sustain dividends and have a balance sheet to provide a stable business foundation.”

Another strategy is to buy a stock when its yield is low and wait until it goes up. Both Novartis, a Swiss pharmaceutical company with a significant presence in the U.S., and Canadian beer company Molson Coors were yielding below their norms in early 2013, but are expected to increase their dividend growth rates over time, according to value manager Karl H. Graf, founder of Graf Financial Advisors in Wayne, N.J.

“Dividend yield is not our primary consideration,” says Graf. “Of course, we consider it. To us, what matters most is that the dividends are likely to go up year over year. What we’re interested in is the growth rate and the sustainability of it.”

Foreign governments routinely withhold 10 percent to 15 percent in taxes from foreign dividend payments. The U.K. is an exception. Because the U.S. and U.K. have a tax treaty, there is no withholding tax on dividends paid to U.S. investors.

“I figure Shell’s dividend will grow 4 percent to 6 percent a year in the foreseeable future,” says Peters. “Vodafone’s dividend has been growing at 7 percent a year lately, but it’s likely to be flat for the next year or two before starting to grow again. That said, the cash Vodafone is now collecting from its stake in Verizon Wireless minimizes the risk of any dividend cut. GlaxoSmithKline faces limited patent expirations, unlike many pharmaceuticals in the U.S.”

Because foreign taxes are withheld, generally dividend-paying stocks and funds should be housed in a regular taxable account. Otherwise, if you own the foreign stock or fund in an individual retirement account or 401(k), you don’t get any credit for those taxes withheld, says John M. Smartt Jr., a CPA and registered investment adviser in Knoxville, Tenn.

Of course, investing in foreign dividend-paying stocks and funds is not without risks, which include currency fluctuations and political and economic uncertainties. So you might want to stick to U.S. multinationals with businesses that invest overseas.

“A multinational like Coca-Cola or General Electric based in the U.S. is going to pay dividends in dollars,” says Peters, “so currency fluctuations are not a consideration.”

Accounting and reporting standards in foreign countries also tend “to be less rigorous and regulatory oversight not particularly zealous,” Peters says, in contrast to U.S. companies “whose statements are in English and have to conform to regularity standards you’re familiar with.”

Also, the vast majority of companies in the U.S. pay dividends every three months, and they are less likely to cut their dividends. Overseas companies commonly pay dividends semiannually or annually.

Financial pros also warn against being attracted to a dividend-paying stock solely by the high yield. Rather, they advise, you should follow a total return approach, which combines income and capital appreciation. High-dividend yields sometimes tend to be unsustainable.

Bruce is a veteran independent financial writer based in New York. He specializes in wealth management, financial planning, investments, retirement, small-business issues, and publicity for various corporate clients. He has contributed extensively to Bankrate.com, mostly on retirement issues. Currently, he is writing a book about the ultra-wealthy. He's written for the New York Daily News money section, the Christian Science Monitor, Crain's New York Business, CNBC.com, Financial Planning and Financial Advisor magazines, Mutual Funds Magazine and Wealth Manager magazine, among many others. Prior to becoming a freelance writer, he held staff positions with Gannett Newspapers and taught at Baruch College (CUNY) and Pace University. He holds a joint master's degree in journalism and political science from Syracuse University. He has traveled extensively on assignments.