Little guys won some battles in the Dodd-Frank Wall Street Reform and Consumer Protection Act, though that does depend on how you define “little guys” and “won.”

Recent bad corporate behavior compelled legislators to step in and tweak corporate governance by giving shareholders proxy access and allowing them to vote on executive pay and golden parachutes.

“Look at BP. There is some argument that it comes back to corporate governance issues: Were the directors asking the right questions? Were they tough enough on management?” Schlegel says.

Small investors may also get more protection when it comes to their investment advisers. Retail investors are rarely aware that it’s perfectly legal for brokers to overcharge customers — as long as suitability standards are met. With the new legislation, investors will get the assurance of knowing that brokers have to put their customers’ best interests first.

Finally, people with money in the bank can rest easier knowing that FDIC insurance will permanently cover more of their funds.

Find out more about how the new financial regulations will affect investors. 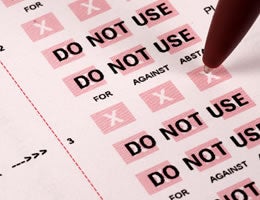 The act gives the SEC the authority to give shareholders proxy access, or the ability to nominate the board of directors.

Based on the SEC proposals from last year, there will likely be a required percentage of shares owned in order to get proxy access, says Schlegel.

Though there are many unknowns about how things will shake out, one unknown has the potential to give small investors more influence in how corporations are run.

“There is a question of whether the SEC will allow shareholders to band together to get to that (ownership threshold),” Schlegel says.

“Directors choose the management of the company and they are looking out for the shareholders’ best interest. Shareholders are a dispersed group, whether individual or institutional, so they need a voice as owners of the company. The board of directors is supposed to be that voice,” says Schlegel.

But the people who land on corporate boards aren’t typically watchdog types.

“It’s a very closed community and tends to be an old-boy network,” Schlegel says.

Allowing proxy access to those outside the club could allow shareholders to elect board members who will really look out for their best interests.

Say on pay and voting on golden parachutes 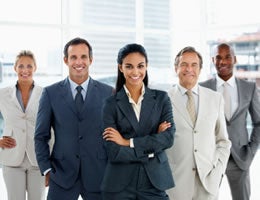 Shareholders can vote on executive pay annually, every two years or every three years. Though their vote will be nonbinding, companies will disclose executive compensation packages in their proxy materials and put it to a vote. Similarly, shareholders will get to vote on severance packages given to executives who leave the company through a merger or acquisition.

“Right now, shareholders don’t really have the ability to provide a company feedback about their pay policies. In proxies, companies provide their pay report, but there is no up or down vote,” says Julie Tanner, assistant director of socially responsible investing at Christian Brothers Investment Services.

Some companies have voluntarily adopted a policy of giving shareholders a say on pay.

“Seventy companies have voluntarily adopted say on pay, and the Troubled Asset Relief Program, or TARP, companies had to provide say on pay. That was part of the requirement of getting money,” Tanner says.

Of the 282 companies receiving TARP funds, 237 reported the results of their pay package votes.

Companies will need to hold a separate vote on golden parachute payout packages when considering merging with another company or in the event of an acquisition. 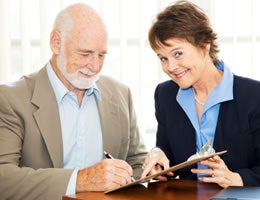 The SEC under the purview of the Dodd-Frank legislation is empowered to impose fiduciary standards on broker-dealers who give investment advice. Currently, brokers are held to suitability standards.

Meanwhile, the fiduciary standard to which investment advisers are held, “means, by law, they are required to always do what is in the best interest of their clients,” says Bar-Or.

The SEC must study the issue for six months before issuing a ruling on it, an unnecessary delay, say consumer advocates.

“The elements that the study is meant to address should be apparent to people by now. It’s important for consumers to realize that legislators have passed the buck to the SEC,” Bar-Or says.

Among the issues being reviewed by the SEC are the existing standards and how effective they are at protecting retail investors, and whether those investors understand the differences between brokers and investment advisers.

“Studies have already taken place which established that people don’t know what the difference is,” says Bar-Or. 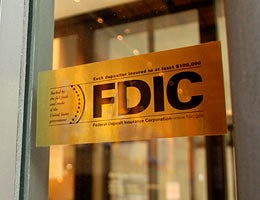 In October 2008, the FDIC insurance limit was raised to $250,000 as a temporary measure during the financial crisis. According to the new legislation, it will now be the permanent level of deposit insurance available to consumers. As before, the insurance limits are per person, per institution.

The insurance limit at thrifts and credit unions was also increased to $250,000.

The increase is retroactive to Jan. 1, 2008, so depositors who lost money at the banks that failed before the limit was raised, including the infamous IndyMac, will be reimbursed for money they were unable to recover at the time.

“The fact that the $250,000 limit is now in effect permanently removes any uncertainty consumers might have, particularly with money invested in longer-term CDs that would have matured after the December 2013 time frame. Now investors can rest easy knowing the $250,000 limit is in effect,” says Greg McBride, Bankrate.com’s senior financial analyst.

There are ways to get more than $250,000 of deposit insurance. With different types of ownership registrations, a couple could insure quite a bit at one institution. For instance, two individual accounts and one joint account will be insured up to $1 million. 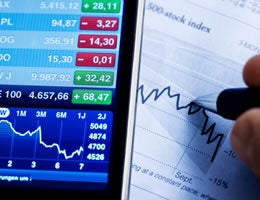 Whether the new rules will make a dramatic difference in the lives of investors remains to be seen. But you can always protect your own interests by staying current on developments concerning your investments.