How baseball can help you put together a financial game plan 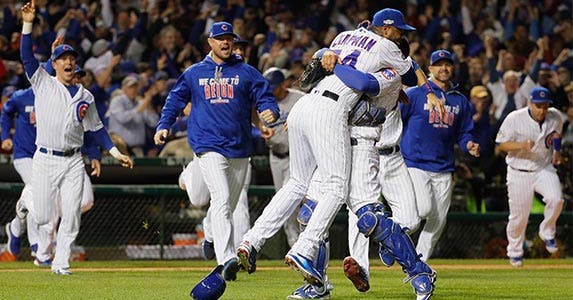 Baseball and your money

Patience is an important characteristic to have as an investor, too.

And that’s just one similarity between America’s pastime and investing. We asked personal finance experts who are also baseball fans to swing for the fences and identify the top parallels between these twin passions.

Their wisdom should help convince you that if you want to gather riches, it’s smart to study not just gold and silver, but diamonds as well. 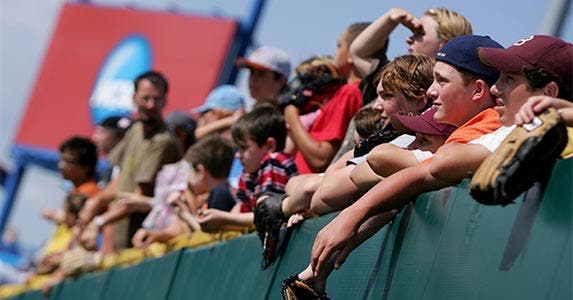 Get off to a good start

Not many teams will ever be able to post the 35-5 start of the 1984 Detroit Tigers. But every team wants to start the season well. Wins in April set the tone for the season and are as critical as victories in September’s heated pennant races.

“It’s absolutely vital to get started as early as possible when it comes to saving, whether for an emergency fund or your retirement account,” he says. “If individuals get started early, they can start with much smaller contributions or savings, versus what they’d have to save if they started 10 years later.”

Also key is to build on that good start, says David Gutzke, Minnesota Twins fan and wealth management adviser for The Private Client Reserve of U.S. Bank Wealth Management in Minneapolis. “More important, for baseball and money management, is learning and improving” over time, he says. 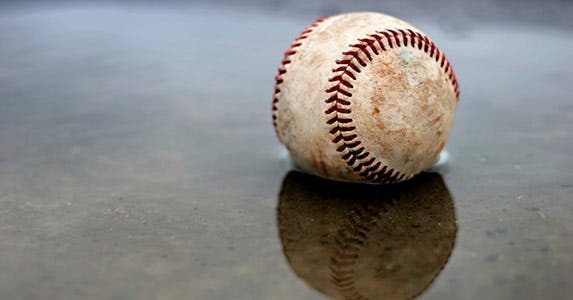 In baseball and investing, some things can be controlled, while others can’t. It’s important to understand which is which, says Paul Jacobs, CFP professional and chief investment officer in the Atlanta office of Palisades Hudson Financial Group, as well as a New York-bred fan of the Yankees.

“In baseball, a game’s outcome can be determined by the weather, an umpire’s missed call or fan interference,” he says. All that the players can do is anticipate that, over a 162-game season, the best teams will triumph.

“In investing, a falling stock market can bring down the value of a portfolio, no matter how much skill the investor has,” Jacobs says.

“But investors can control their asset allocations and when they decide to buy and sell. By investing with a long-term focus, keeping costs down and not trying to beat the market over the short term, the best investors will outperform (others) who let their emotions get the best of them.” 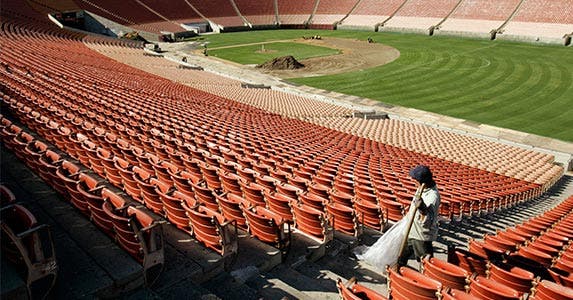 The greatest baseball teams are known for having a blend of talents. On their rosters are home-run and singles hitters, speedy runners, Gold Glove defenders, great starting pitching and an ace closer to nail down wins. By contrast, losing teams are notorious for having too little hitting or pitching.

There is a strong corollary in the world of retirement saving, says Michael Clark, CFP professional with Keiron in Orlando, Florida. 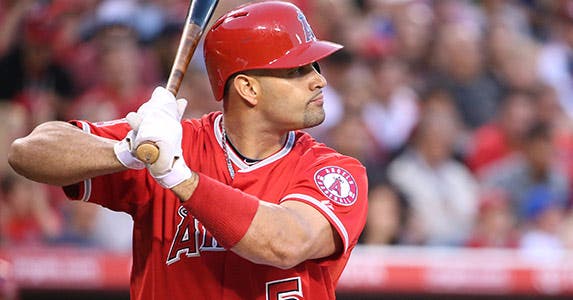 Once, baseball teams were comprised heavily of American-born players. That’s anything but the case today. “Baseball is becoming a world game,” says Larry Weiss, San Francisco Giants fan and CFP professional with Next Financial Group in San Francisco. Growing numbers of players are from Latin America, Asia, Australia and even Europe.

If teams were populated solely with U.S.-born players, they’d be left with smaller odds of success, as would portfolios containing only U.S. stocks.

Like baseball general managers, investors must seek opportunity globally. “A well-balanced, diversified portfolio would include not just U.S. stocks, but a range of international holdings from emerging markets to Japan and Europe,” Weiss says. “Having an internationally diversified portfolio will meet an investor’s needs best. All markets do not move in the same direction at the same time.”

Washington Nationals fan Brad Sherman, president of Gaithersburg, Maryland-based Sherman Wealth Management, agrees. “If the U.S. has an off year, the other parts of your portfolio will pick up that slack,” he says. 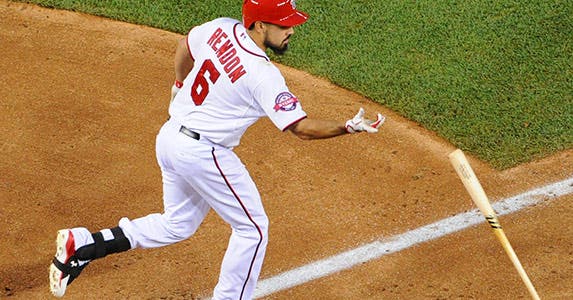 Know when to do nothing

No seven-word exhortation in baseball has been voiced more frequently than “a walk’s as good as a hit!” A player desperate to reach base and spark a late-inning rally often needs to do nothing more than keep his bat on his shoulder and let a pitcher with control problems hand him a base on balls.

This strategy offers a lesson in how to manage your money.

Many a future millionaire has assembled his or her pile by signing up to have automatic withdrawals from each paycheck put directly into a tax-advantaged savings plan. He or she doesn’t even miss the money that is never seen.

What’s more, taking no action is often the right strategy when markets are swinging wildly, Jacobs adds. “It’s natural for investors to feel the need to do something when markets are moving up or down,” he says. “But doing nothing and sticking to a long-term plan is usually the best decision of all.” 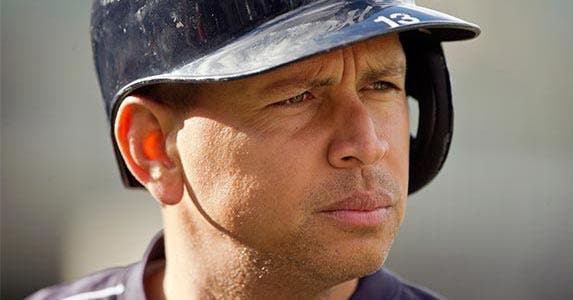 In football and basketball, it’s often easy to predict the great college players who will prove equally stellar in the professional ranks. In baseball, it’s not so simple. “There are players drafted in the very low rounds of the major league draft who develop into some of the great players of all time,” Weiss says. “There are other players who are big ‘bonus babies’ who never work out.”

Similarly, investors should be skeptical of the highly touted investment. “There have been initial public offerings that were going to change the face of business, and a short period later, they have run out of money, and those who invested lost substantial amounts of their investments,” Weiss says.

By contrast, celebrated investor Warren Buffett has built his legend by investing in companies not considered sexy, Weiss notes. “But they provide a good service for a reasonable price, which leads to very steady growth,” he says.

Investors may be tempted to try to blast a pitch out of the park. “However, it is often more prudent and more profitable to hit singles and doubles,” he says. 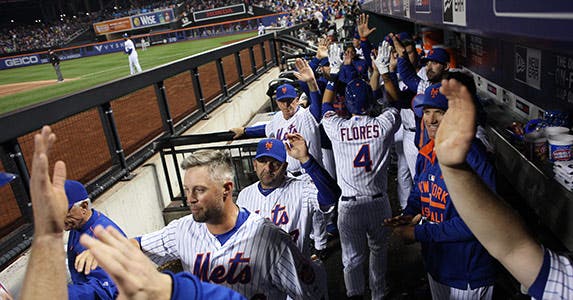 No major league general manager believes his team will coast through an entire season without injuries to key players. That’s why he carries a couple of utility infielders, an extra outfielder or two, and a few pitchers who could start or relieve as the team’s health dictates.

Setbacks also occur in our everyday lives, which is why most financial advisers recommend all households accumulate enough of an emergency fund to tide them over for six months or a year to cover unforeseen interruptions in cash flow. They urge that the emergency fund be established before even launching a savings plan for a home purchase, college education or retirement.

“We recommend making sure that funds are set aside in conservative investments in case of an emergency,” Jacobs says.

“When funds are set aside for a job loss, disability or worse, it’s easier to sleep at night knowing that you have financial security.” 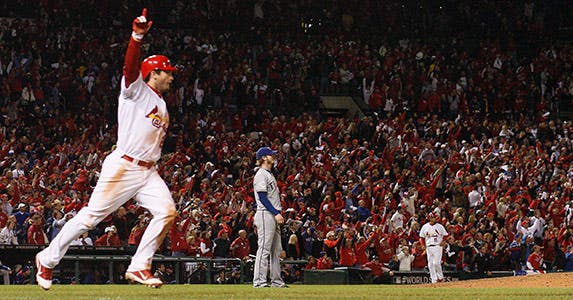 Avoid errors late in the game

What fan hasn’t rooted his team on to an early lead, only to watch as ninth-inning miscues lead to an embarrassing defeat? What fan hasn’t heard of a team leading its division all the way through the season, only to collapse down the stretch and forfeit a chance at playoff glory?

Baseball lore is full of meltdowns that take place late, and so is the long legacy of personal finance. “The biggest mistake by far that people make late is getting too conservative as they approach retirement,” Haynes says.

“They put their money into CDs, and that just kills people because most don’t realize how long they’re going to live. Most people will live another 30 or 40 years in retirement. You still need to have that money invested in the stock market because otherwise inflation will just eat up your principal.

“If you’re making 1 or 2 percent in a CD but inflation is 3 percent, you’re actually getting a negative rate of return.”

RATE SEARCH: A travel rewards card could help you visit all of the nation’s major-league parks.