Will the 3rd enrollment season be the charm for Obamacare?

The first 2 annual open enrollments on HealthCare.gov and the state health exchanges featured their own unique mix of digital distress, unwelcome surprises and widespread confusion as uninsured America learned how to shop for health insurance.

The new open enrollment period, which runs from Nov. 1 through Jan. 31, 2016, is shaping up to be a well-earned vacation from aggravation. New online tools, greater transparency from insurers and a more seasoned army of personal navigators should make finding the best plan easier than ever.

“The consumer experience this year will be easier and faster,” Andy Slavitt, acting administrator of the Centers for Medicare and Medicaid Services, told reporters at a briefing in Washington.

The consumer challenge this time around is to sort through the multitude of plan premium, network and drug formulary changes as insurers adjust to an evolving market in each state while trying to avoid being misdirected by political rhetoric as the 2016 presidential election heats up. 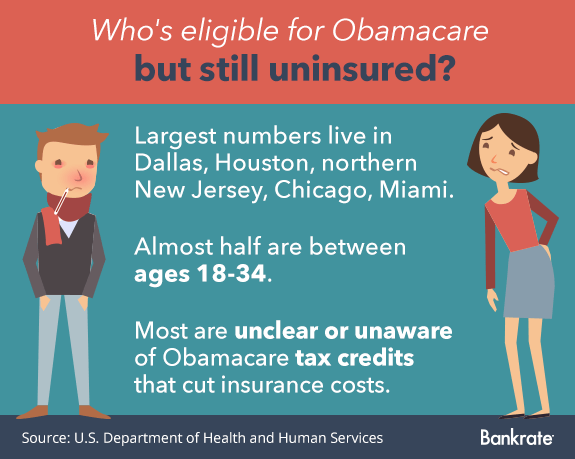 Focusing on the 10.5M eligible uninsured

The Department of Health and Human Services says 17.6 million Americans have already gained health insurance coverage under the Obama health care law. The department now is hoping to persuade another 10.5 million uninsured who are eligible for marketplace coverage to sign up.

Toward that goal, officials have reached deeper into those uninsured communities and partnered with H&R Block and others in the hope of leveraging a sales tool they’ve been hesitant to use thus far: the growing tax penalty.

“I think the penalty will get people’s attention this time,” says Deborah Chollet, a senior fellow at Mathematica Policy Research in Washington, D.C. “H&R Block is going to say, ‘Where’s your health insurance? You’re nuts — sign up, just from a financial perspective.'”

Hoping the penalty will prove persuasive

Jonathan Oberlander, a professor of social medicine and health policy at the University of North Carolina-Chapel Hill, agrees.

“We know that the penalty can be an effective motivator, but it’s political poison. So if you can offload it to H&R Block, it’s probably a good thing,” he says. “A lot of people say that although the cost of health insurance is more, at least they get something back, whereas if they pay the penalty, they get nothing.”

“We didn’t lean into the penalty during the 1st open enrollment because we didn’t want to appear punitive; we wanted to focus on all the positive aspects of the law,” she explains. “But we’ve since found that it really motivates people to start taking action.”

To make taking that plunge more appealing to consumers, HealthCare.gov, the state exchanges and private websites such as Enroll America offer new window-shopping features that allow consumers to compare costs and coverage as never before.

While these new tools won’t make your ideal plan choice crystal-clear just yet, they will provide the granular, up-to-date data on covered drugs and in-network hospitals and physicians directly from insurers’ websites.

“The information on the exchange is better and more reliable, so consumers should feel less jerked around,” says Chollet.

“There were 2 years where insurers were forgiven for not having their own data systems in order, and that has drawn to a close,” she says. “You’re going to be able to tell if you’re leaving a doctor behind that you really don’t want to leave behind. You’ll also be able to determine where else you can find that doctor.”

Shop based on more than just price

While most of us still won’t be able to cost-compare a specific health need such as knee surgery across plans in our area, free plan-selection services such as San Francisco-based Stride Health will offer you an algorithmic best fit based on the information you provide them.

Enroll America’s “Get Covered Plan Explorer” won’t pick your plan for you, but it will crunch your data and sort plans based on an annual cost-of-use basis for the health data you input.

“People will be able to compare plans based on a more individualized estimate of what they might pay,” says Enroll America’s Stern. “We want to give consumers the full picture and not just the lowest premium, because there is so much more to a plan than the monthly premium.”

But what about Obamacare premiums for 2016? The Department of Health and Human Services reports that across 37 states using HealthCare.gov, the cost of a benchmark plan — before money-saving tax credits — is up 7.5%, on average. “For most consumers, premium increases for 2016 are in the single digits and they will be able to find plans for less than $100 a month,” Kevin Counihan, the department’s CEO of health insurance marketplaces, said in a statement.

The long shadow of Election Day 2016

This also will be the 1st open enrollment period with a full-on presidential campaign underway. Oberlander expects Democrats and Republicans to largely hold their positions for and against Obamacare, but he predicts that any sense of a new normal for health reform will depend on the outcome of the 2016 election.

“I think people are getting acclimated to the exchanges; 3 years and there are no death panels, and most people who have coverage seem pretty satisfied on average,” Oberlander says.

“If a Democrat wins, we cross a Rubicon where we talk less about repeal and more about needed changes to the Affordable Care Act, especially funding,” he says. “But if a Republican wins, I think we’re going to see a big fight in 2017. I think enough of health reform is entrenched already, but major parts of the law could still be in trouble.”