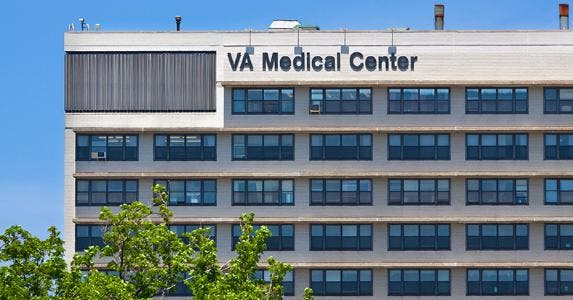 When the long-simmering problem of wait times at veterans’ health care clinics and hospitals boiled over into national headlines last year, Congress was quick to pass the Veterans Access, Choice and Accountability Act, or “Choice Act,” to remedy the grievances.

The law has put a new benefit card, called a “choice card,” in veterans’ wallets. But it also has brought new frustrations and criticism.

Here’s how it’s supposed to work: If you’re a vet who lives too far from care or has waited too long to be seen, you use the card to obtain civilian health services at the Department of Veterans Affairs’ expense. The $10 billion program is scheduled to run through 2017.

Compare quotes and save on health insurance today

The well-intentioned fix took some flak when the VA reported that just 27,000 of the 8.6 million veterans who were sent choice cards signed up for civilian care in the first three months of the program.

Kristin Cunningham, an official with the Veterans Health Administration, says that while the VA had hoped to see more initial users, the program is designed to work with existing VA programs, not in place of them.

“The eligibility criteria written into the law did limit the number of people who could use the program,” she explains.

Only vets who meet one of these four qualifying situations may use a choice card to see outside medical providers:

Veterans groups were quick to cry foul over two aspects of the choice card program.

The first is that the required 40-mile distance to the nearest VA facility is in as-the-crow-flies miles. This excludes, on a technicality, some rural veterans who face longer drives while living within the 40-mile radius.

“The VA, to their credit, did away with the ‘as-the-crow-flies’ 40-mile bubble and went to ‘as-the-crow-drives,'” says Joe Davis, spokesman for the Veterans of Foreign Wars in Washington, D.C.

While a vet may live within 40 miles of a clinic, it doesn’t necessarily mean that the facility is equipped to provide needed tests or treatments, says Roscoe Butler, deputy director for health care at the American Legion in Washington, D.C.

“Denying veterans access to care closer to home because there’s a VA facility that doesn’t offer the services they need seems to be a problem of following the letter of the law rather than the spirit of the law,” Butler says. “If veterans are struggling to gain access to care, get them access to care.”

But that may be easier said than done, says the VFW’s Davis.

“That’s a Catch-22 that’s going to be expensive to fix, because they’re estimating it would cost an additional $10 billion to the program for every 10 miles they extend the 40-mile bubble,” he notes. “But you have to look at the law’s name: the choice program. What we want is to give veterans that choice to do this.”

No quick fix on waiting lines

He adds that nothing in the Choice Act is going to magically make veterans’ waiting lines for care disappear. In fact, the law states that to be choice card-approved, outside physicians must treat Medicare patients and accept Medicare rates, which could make waits longer outside of the VA system.

“The choice card does not put you at the top of the list at your civilian practitioner,” Davis says.

To cut down on the delays at VA facilities, Congress granted an additional $5 billion to allow the system to hire more doctors and medical staff, as well as lease an additional 27 major medical facilities in 18 states and Puerto Rico.

Where to find answers

The VA’s Choice Program website is a good place to learn how to take advantage of the program. The site provides information about online and hotline help to verify eligibility in the program, identify the nearest approved private health care providers and even schedule an appointment.

Cunningham, of the Veterans Health Administration, remains optimistic that Congress and the VA will work out the kinks in the months ahead.