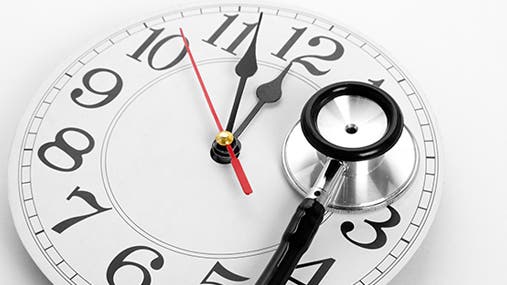 The Affordable Care Act has had other deadlines. But March 31 is one of the biggest days on the calendar so far as President Barack Obama’s historic health care reform law continues to unfold.

It’s the day when the first open enrollment period is scheduled to end on the Obamacare online health insurance exchanges. It also represents this year’s deadline under the law’s “individual mandate,” which requires most Americans to have health insurance. Many who don’t have coverage after that date will be required to pay a penalty when they file their 2014 tax return in 2015.

If you’ve already purchased insurance on the exchange site for your state, are covered by Medicaid, Medicare or another government insurance program or have insurance through your work, you can safely ignore the March 31 cutoff. But if you don’t have insurance, you should pay attention because the deadline could impact your finances.

If you don’t place any importance on buying insurance on the exchanges during open enrollment and then decide later in the year that you want insurance, you may have to buy private-market insurance and won’t have the benefit of the health law’s tax subsidies, says Sara Rosenbaum, a professor of law and health policy at George Washington University in Washington, D.C.

Bankrate’s calculator shows whether your family qualifies for the subsidies. The tax credits can lower your insurance premiums and reduce your out-of-pocket expenses, notes Don Silver, an attorney in Los Angeles and author of “The Best Obamacare Guide.”

“There’s a myth out there that you can sign up for Obamacare on the way to the hospital,” says Silver. “While it’s true that you can apply at any time for income-qualified insurance like Medicaid, you can’t do that with the insurance policies on the exchange.”

However, you may qualify for a policy on the insurance exchange during the interim if you have a “special enrollment event,” says Judy Bauserman, a partner with Mercer, a benefits consulting firm in Washington.

“If you lose your insurance coverage during the year because you lost your job or had a life event of some type, you can go on the exchanges at any time during the year,” says Bauserman.

Some of the most common special enrollment events include:

“The government is likely to be extremely generous this year in making exceptions that will allow more consumers to obtain coverage on the exchanges,” says Silver.

Missing the deadline could cost you

If you don’t obtain insurance by the March 31 deadline, you’ll owe a tax penalty when you file your 2014 taxes unless you qualify for one of the designated exemptions.

“There’s a list of exemptions that includes things like being a member of an American Indian tribe, having religious beliefs that preclude you from having health insurance, or a lack of access to affordable coverage,” says Bauserman. “The government has been expanding the list of exemptions to give relief to more people.”

But if you’re uninsured in 2014 and are not exempt, Silver says the penalty will be one of two things, whichever is greater:

“The tax penalty is prorated on a monthly basis for the number of months you don’t have insurance,” says Silver. “The penalty will be a lot higher by 2016, up to as much as 2.5 percent of your household income above the limits.”

Silver says the listed exemptions from the tax penalty so far include hardships such as homelessness and bankruptcy, or if you had an insurance plan that was canceled because of the Affordable Care Act.

Is the deadline for real?

“The March 31 deadline is firm for now, but of course, as we’ve seen, anything can change with Obamacare,” says author and attorney Silver. For example, in one of the most recent tweaks, the administration gave midsized employers an additional year – until 2016 – to provide health insurance for their workers, under the law’s “employer mandate.”

Sixty-two percent of respondents in a recent Bankrate survey said they expect the end-of-March deadline for the individual mandate for health insurance to be delayed. Bauserman says it’s also possible that the federal government will extend the open enrollment period.

“I’d be really surprised, though, if they waived or delayed the tax penalty on people without insurance because, at least this year, the penalty is really low,” says Mercer’s Bauserman. “The idea is to ease people into this insurance requirement so that the first year is a wake-up call, not a financial disaster.”

Professor Rosenbaum says she thinks the government will hold firm on the March 31 Obamacare deadline.

“The people who desperately need health insurance have gotten it by now,” says Rosenbaum. “Now the mop-up work begins on the people who should have signed up but didn’t. Behavioral and social programming has to kick in in a big way, so you can’t just let open enrollment continue or waive the penalty.”