Does my health plan really cover that?

If you’d rather suffer an invasive medical procedure than read your health insurance policy cover to cover, you may be missing an opportunity to improve both your health and your wealth.

“There are ‘hidden’ health insurance benefits that people don’t necessarily know they have access to that can help save them money, maintain their health and live a better quality of life,” says Cigna spokesman Mark Slitt.

Some hidden gems we’d rather not think about; others are so new that we never thought to look for them in our health coverage.

“We as an industry recognize we can do more to facilitate the experience that someone has with their health plan,” says Maureen Sullivan, Blue Cross and Blue Shield senior vice president.

“I think that’s why we’re seeing more and more of these things that surprise people being covered or incentivized or rewarded,” he says. “The nature of health insurance is evolving. In three years, it will look nothing like it does now.”

Clueless about your coverage? Here are six benefits you may have without knowing it.

Some reconstructive surgery is paid for 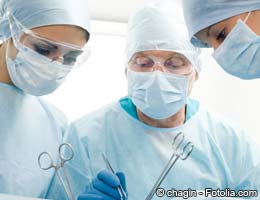 No health insurance company is going to spring for an elective cosmetic procedure such as a tummy tuck, nose job or face lift. However, if your body has been affected by injury, genetics or an underlying medical condition or treatment, physical improvements are not out of the question.

For example, most policies today cover breast reconstruction following a mastectomy. United Healthcare covers not only reconstruction of the breast on which the mastectomy was performed, but also surgery on the other breast to achieve symmetry.

For dependents younger than 18, insurance may take care of procedures to correct physical conditions that affect appearance, such as cleft lip and palate. That coverage also might extend to related medical, dental, speech therapy, audiology and nutrition services ordered by a health care professional.

But if you’re looking to undergo a cosmetic procedure — or to repair one — Cigna’s Slitt says you’ll need a legitimate medical reason to bill your insurer.

“If you have a broken nose because somebody punched you in the face or your head went through a windshield, that’s different than waking up one day and saying, ‘Gee, I’d really like my nose to look like Brad Pitt’s,'” he says. 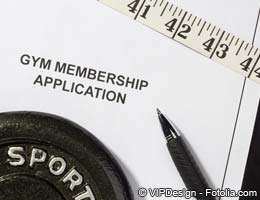 After decades focused primarily on paying the bills from when you’re sick, health insurers and employers have discovered that it makes dollars and sense to keep you healthy as well.

“We’re almost at a tipping point where health plans are going to be perceived as much more value-driven than they’ve ever been before,” says Sullivan.

As a result, plans now offer bountiful incentives and lifestyle tools through programs such as the Blues’ Blue365, Cigna’s Healthy Rewards and Humana’s HumanaVitality. Benefits can include free or discounted health club memberships, personalized health coaching, rewards programs on everything from workout apparel to the Jenny Craig program, and even counseling for such nonmedical stressors as financial and marital problems.

These multichannel health and wellness services are aimed at providing incentives and tools that encourage health, well-being and community involvement.

A health coach recently reached out to a Blue Cross patient when the woman missed her annual physical. “Lo and behold, it turned out she needed to have stents put in,” Sullivan says. “That’s the kind of caring partner you want. You want to be able to have that kind of connection.” 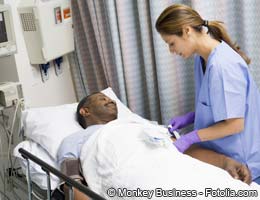 While it’s hard to place a price on the lifesaving gift of an organ or bone marrow transplant, it’s comforting to know your health insurance often will pick up much of the expense.

Transplants are among the costliest procedures covered by health insurance. According to Milliman, a consulting firm that tracks transplant costs, the 2011 average total bill — from pre-transplant phase to postoperative care — was $263,000 for a kidney transplant, $577,000 for a liver, $998,000 for a heart and $1.2 million for an intestine.

“We don’t look at transplant as a stand-alone procedure; it’s just part of the continuum of care for a specific disease,” he says.

Because transplants often involve travel and lodging, insurance typically covers a capped amount of travel expenses for recipients and their caregiver. Cigna will pay up to $10,000.

“If you need a heart transplant, you can’t necessarily go down the street to your local hospital,” Dr. Crawford adds. “You need to go to a center of excellence for that particular type of transplant.” 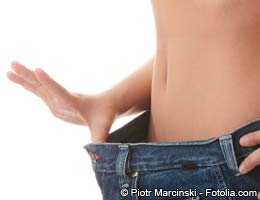 Bariatric procedures are typically covered only when they are medically indicated as the next step in an ongoing, health-related battle with weight. Cigna requires that candidates be 18 or older and be considered morbidly obese, meaning their body mass index is 40 or above. A BMI as low as 35 is acceptable if there is at least one other related condition, such as Type 2 diabetes, pulmonary hypertension or obstructive sleep apnea.

“(Bariatric surgery) is something that has historically not been widely covered on insurance plans because employers have not wanted to bear the cost, so a lot of people have been getting lap-band procedures on their own,” says Blunt. “Now there are very notable discounts on bariatric procedures.”

In the interest of wellness, Humana has taken an additional step of helping nonqualifying overweight members.

“We’ve negotiated a rate with providers of that service for any Humana card-carrying member, even if the procedure is not going to be paid by their insurance,” says Blunt. “That can save 30 (percent) to 40 percent sometimes.”

There’s a (covered) app for that 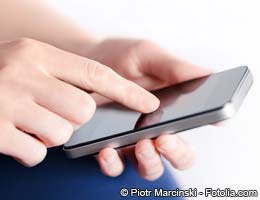 The electronic records revolution in health care is doing more than just speeding your doctor’s bill for payment. It’s also enabling health insurers to pull together information to help you navigate the health care maze and live better.

“The health industry is beginning to realize that costs are going to keep going up unless we get Americans as a whole to start leading more active lifestyles,” Blunt says.

WellPoint has a Grocery Guide iPhone app to help you make healthy food choices on the run. It also offers a Care Comparison tool that discloses real price ranges for 59 health procedures, and a Zagat Health Survey tool that features patients’ ratings of their doctors.

Blue Cross Blue Shield is preparing to introduce a provider-finder program that will enable consumers to shop for doctors based on price and quality of outcomes, Sullivan says.

“Members can get access to good quality at the best cost,” she says. “That information wasn’t available 10 years ago.” 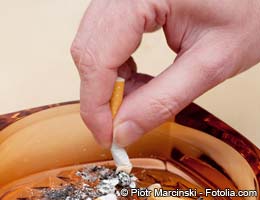 Once upon a time, your smoking habits were strictly your own business. If you wanted to quit, it was on your nickel.

But that’s slowly changing, as health insurers and employers become more proactive about the state of your health.

Since 2011, the federal government’s health insurance benefits include 100 percent coverage for federal employees and retirees who want to quit smoking. While private employers’ plans have been slow to follow suit with full reimbursement, many now offer the next best thing: a growing array of tools to help you kick the habit.

“A lot of people don’t realize that we have health coaches for smoking cessation and a lot of other wellness-related issues that are free through their health plan,” says Slitt. “Why spend hundreds and hundreds of dollars out of pocket when your employer offers a tobacco cessation program for free?”

Granted, having coaching available through your health coverage doesn’t guarantee you’ll stop smoking. But because coaches are often accessible by phone, online and/or in person, they’re certainly more convenient and affordable than traditional programs.

“Many employers, especially larger employers, really are buying into developing a culture of health and wellness in their workplace,” says Slitt.