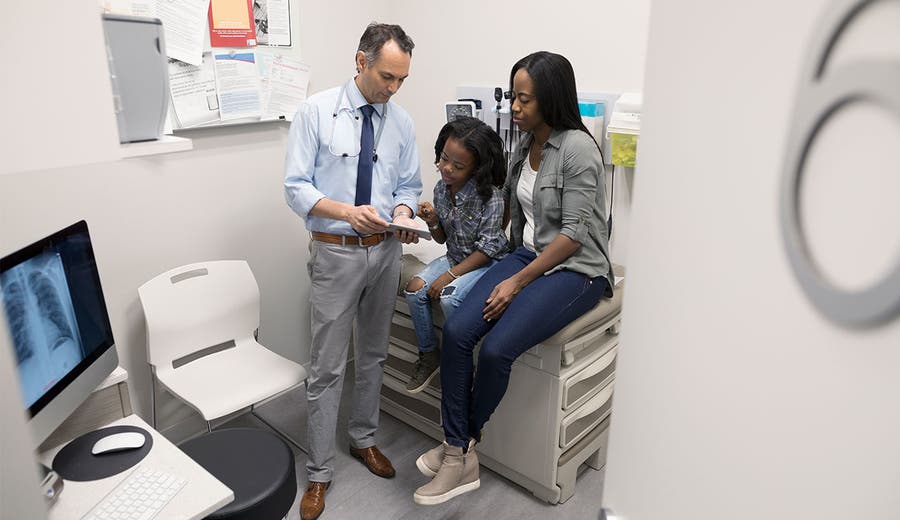 Following are several of the responses we’ve gathered from Bankrate readers, who e-mailed us their experiences with private health insurance. All names of specific insurance companies have been changed to “Fake Insurance Co.”For more about how to shop for private insurance, see ”
Buying private health insurance.” To compare insurance policies and quotes, visit
Insureme.com, a Bankrate company.Dear Bankrate,
We have been self-employed for 18 years now and have nothing offered that is even remotely affordable. The offers are $3,000 deductible and $700 a month. Who can do that? I used to have Fake Insurance Co. but they cut me off when they changed a rule and no longer allowed us depreciation on vehicles.

But if we don’t spend income we pay the federal government. It’s a vicious cycle for the self-employed. The state got involved recently. We now pay to have a license, where five years ago they were not involved. I think there should be health insurance for JUST the self employed. We were born in Canada, have lived here all my life, and won’t give up my Canadian rights because if I ever got sick I could have FREE medical. Why would I ever give that up? I can’t register to vote but don’t care because my health is far more important in my opinion.

Dear Bankrate,
I am very happy to share my story with you. I work as a real estate agent and as you know, the market slowed down in 2007 and 2008 has been somewhat of a challenge for us in this industry. In October 2007, I was able to get a temp assignment and enrolled in the company’s group health insurance plan with Fake Insurance Co.

Unfortunately, in late February 2008, my assignment ended and I had to sign up for unemployment. The great blessing is where my insurance plan was no longer being deducted through payroll deductions with me earning wages, I now had to manage to pay for my health insurance (medical, dental, life, and disability) through calling in weekly to Fake Insurance Co. to make the payments.

I have been able to retain my insurance through the company’s group rate, which costs me an estimated $130 a month. Coming out of $141 a week unemployment, this seems a lot, but I am very thankful to God because previous policies I have had through COBRA or paying directly myself have cost me an estimated $300 or more through Fake Insurance Co. or other insurance companies.

The rates for self-employed or individual policies can cost a fortune or it can seem a fortune when you don’t have sufficient or no income to pay for it. By working for a temporary staffing agency and being a part of their group rate has afforded me the opportunity to stay insured and I am thankful.

Dear Bankrate,
I could be a prime example of the health insurance challenge in America. Could be, but I’m doing fine.

I work for a small firm but I cover my own health insurance. I’m a nine-year cancer survivor, so you might as well put “high risk” on my forehead. Having said that, I can take advantage of Minnesota State regulations that say everyone is entitled to coverage. So, after being turned down for coverage, I was able to turn to MCHA.

Net, net? I pay about $409 per month with a $2,500 deductible (or maybe $3,000, I don’t remember offhand). So, my health is good, I pay for my annual checkup in cash, and I have coverage for an emergency. Isn’t that what insurance is supposed to be? Just for emergencies? For me, it’s affordable and workable. Just one of many reasons why I like living in Minnesota.

Dear Bankrate,
I want to retire at age 62 — just a few short months from now, but lack of medical insurance will prevent that. The cost, even with high deductibles and a medical savings account, are prohibitive.

Dear Bankrate,
I had good, guaranteed PPO coverage through an association, but then the association lost its ability to offer health insurance. That was a real blow.

Now I have an individual PPO plan. The premiums aren’t bad (under $200 a month) but there’s a super-high deductible ($5,000!) So it’s basically just catastrophic coverage. As long as I stay healthy, it’s fine, as the co-pay for doctor’s visits is just $40 to$50, as long as I stay within the network.

I’m over 50, so I also joined AARP. For people in my age range, they offer a supplemental plan for $76/month. It pays a predefined amount for doctors’ visits, hospital stays, and procedures. When combined with my insurance plan, it works out OK (as long as I don’t get really sick or need hospital care.)

Dear Bankrate,
My husband and I are self-employed 52-year-olds. We live in Michigan and have Fake Insurance Co. We’ve had it for maybe eight years. When first enrolled, we were with a group plan and it became way too costly. We switched to an individual plan with the same insurance company a couple years ago.

Even with that plan we feel they are huge blood suckers. We couldn’t find another company that would write a policy because I was on blood pressure (controlled) and cholesterol (controlled) medications.

My husband has had zero medications, illnesses. In the over eight years we’ve carried the insurance, our minimum deductible has never been met. In 2006, I had a cataract surgery and I still paid over 30 percent of the bill.

Dear Bankrate,
My husband and I are self-employed and have some health insurance but with a $5,000 deductible to be able to afford it.

When we started the plan, it was $163 per month (premium) and a few years later has gone to $310 per month. We have not had any major claims and we have always been a smoke-free couple. If it keeps going up I’ll have to drop the insurance.

Dear Bankrate,
In 1999 my COBRA ($1,200 a month) was about to run out. I called Fake Insurance Co. of Alabama to see how much this SAME coverage was going to cost me without being under the COBRA policy. The lady said nothing ($0), “you can’t buy it.”

I was told that I would have to join a group in order to buy ANY coverage from them. She could not give me any leads as to how to find one of these groups, or form one. I am self-employed with no employees. Still looking for a group.

Dear Bankrate,
Fake Insurance Co. is a reasonable and affordable choice for single mothers in the work place who can’t afford expensive medical insurance, especially if the group premiums are too high or, if working part time, one must seek coverage independently.

I’m a single mother with one child. I just qualified for a full-time position at work with health benefits that could be taken from my paycheck. However, the medical insurance I’m paying on my own has adequate coverage and much lower premiums, so I’ve elected to keep what I have and keep deductions from my paycheck at a minimum.

Three years ago I shopped for medical insurance on my own and found Fake Insurance Co. online. Initially, I was only paying $68 per month for myself and my daughter. After I turned 30, the premium increased, but right now I’m only paying $91 per month for a PPO family plan with a $1,400 deductible.

We are covered for any hospital emergency, doctor visits (thank God we have only one or two per year) at $70 (normally $100, but we arranged a lower rate with our medical group) and pharmacy is not covered (but generics are usually around $10 at our medical group.)