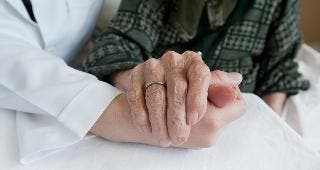 If the time comes when you can no longer manage daily living in your own home or with family members, an apartment in an assisted living facility could be the next best thing.

But if you, like many, were thinking that Medicare will cover the cost of assisted living, think again. Medicare isn’t designed to pay for long-term care.

“At the end of the day, your options for paying for long-term care in this country are two: You pay (completely) out of pocket or you pay out of pocket until you get to the point where you impoverish yourself and then go on Medicaid,” says David Kyllo, executive director of the National Center for Assisted Living, or NCAL, in Washington, D.C.

Both options may sound equally bleak, but for the vast majority who pay for assisted living through their own means, coming up with a plan to finance the move will at least make it more feasible.

The national median monthly rate for a one-bedroom unit in an assisted living facility is $3,500, according to the 2014 Cost of Care Survey released in April by Genworth Financial Inc. of Richmond, Virginia. That’s $42,000 per year, an increase of 1.45 percent over 2013. The cost has been rising by an average of 4.29 percent annually over the past five years.

Now consider this factoid from Kyllo: The typical assisted living resident has an income of about $19,000 per year. Obviously, most residents must tap additional resources to cover the cost, and the funds often come from the sale of their biggest asset: their homes.

RELATED: The basic differences between Medicaid vs. Medicare

A bridge loan can help until home is sold

“Assisted living is need-driven,” says Kyllo. “It’s not like (other) housing options that people weigh. They are going into assisted living because they need help with their daily lives. They need help with bathing, medication management, cooking and managing finances. While economies may have downturns and housing markets may slow down, one thing that doesn’t slow down is the aging process.”

Barbara Steinberg, founder and managing member of BLS Eldercare Financial Solutions in Livingston, New Jersey., often recommends a loan if a client’s need for assisted living care is too urgent to wait until the house sells.

“We work with a company that does bridge loans for exactly that situation, where somebody is waiting to sell a house so they can move into assisted living,” says Steinberg, who is a Registered Financial Gerontologist. “It’s an interest-only loan that pays the assisted living facility until the house sells.”

Bridge loans are just one of the resources to which assisted living facilities refer applicants to help make the move more affordable, says Paul Williams, senior director of government relations for the Assisted Living Federation of America in Alexandria, Virginia.

“We’ve seen companies that have had real estate professionals work with people to get a home ready for sale and to help them market the home,” says Williams.

For couples who are trying to finance assisted living care for one spouse while the other remains at home, Steinberg says a reverse mortgage can be a viable option. Available to homeowners who are 62 or older, a reverse mortgage lets you convert some of the equity in your home into cash.

The average assisted living resident is an 86- or 87-year-old who moved in at 84 and will remain in that setting for 28 months, Kyllo says. If your anticipated need for assisted living is still 30 years to 40 years down the road, you might look into buying long-term care insurance. This insurance is more affordable the younger and healthier you are at the time of purchase, but if you wait too long, you may not be eligible for it. If you are older than 85, already living in a long-term care facility or have been diagnosed with a condition that will require long-term care, you probably won’t be able to get a long-term care policy.

If you purchase a so-called partnership policy and your cost of care later becomes more than your insurance and income will cover, you’ll have an easier time qualifying for Medicaid to fill the gap. The policies are administered through the Long-Term Care Partnership Program, a collaboration involving the federal and state governments and private insurers.

Under these policies, you can shield some of your assets from the state if and when you need to apply, and qualify, for Medicaid in order to receive additional long-term care services. The amount of assets that Medicaid will disregard is equal to the amount of the benefits you actually receive under your long-term care partnership policy. To find out more, go LongTermCare.gov.

“The downside to that is that income is not an excludable asset, so if (someone) has, say $3,000 a month in income from a retirement plan, they would be required to spend that money toward care before Medicaid would pay,” says Ryan. “Most people, all things being equal, will choose a partnership policy because the rates are not any different.”

While most states have waiver programs that allow at least some Medicaid funding for assisted living, Alabama, Kentucky, Louisiana, Pennsylvania, South Carolina and West Virginia do not have such coverage, although Pennsylvania has state-funded Supplemental Security Income for assisted living, according to the NCAL’s March 2013 Assisted Living State Regulatory Review.

Unlike nursing home care, the cost of assisted living is only partially covered under Medicaid, and not all facilities accept Medicaid patients. Some state programs cover only certain types of costs and medical conditions.

Veterans are eligible for assisted living

The Department of Veterans Affairs, or VA, covers assisted living care for veterans and spouses of veterans who have served at least 90 days on active duty and at least one day during wartime. Applicants must meet a medical qualification test, but their conditions don’t need to be related to military service. Called the Non-Service Connected Improved Pension Benefit with Aid and Attendance, or “aid and attendance” for short, this program pays a maximum benefit of $2,085 a month for married veterans, $1,759 for single veterans and $1,130 for a surviving spouse.

The VA’s income limit for pension benefits — $21,107 a year for a veteran with no dependents who needs aid and attendance — is offset by the cost of out-of-pocket medical expenses, which may include assisted living care. So if your income is $25,000 and your medical expenses — including assisted living care — are $10,000, the VA counts only $15,000 worth of income toward eligibility.

But less than a third of those eligible for this benefit actually receive it, according to Cheryl Chapman Henderson, an attorney and veterans benefits consultant in College Park, Maryland. Veterans often are told they have too many assets to qualify for the program, she says.

“They’re not told that they could make some adjustments and reallocation of their assets without being penalized and qualify,” she says. “Let’s say the veteran has been cared for by an adult child. He could gift assets to that child, who could hold those assets … for the benefit of the parent. If veterans can get the assets out of their name, they may not be over the asset (threshold).”

Planning for assisted living care can be challenging emotionally as well as financially. “One of the things that we don’t do well as a society is educating and training people to plan, not for their retirement years, but for the last years of their life,” Kyllo says. “We don’t like talking about that, so we avoid those kinds of issues.”

But if most would prefer to skip the discussion, there is one reality they cannot escape.

“About 70 percent of the people who turn 65 in a given year will need long-term care services during the remaining years of their lives,” Kyllo says.