Would you fork over your bank account number to a caller who claims to be a federal employee peddling a new mandatory national care health card? Or buy a health plan through a sketchy online health insurance exchange months before the real ones open? Or fall for “death panel” insurance?

There’s an army of con artists and opportunists out there hoping to convert your confusion over President Barack Obama’s landmark health care reform law, casually known as Obamacare, into ready cash by any means possible.

“Confusion is a con artist’s best friend,” says Jim Quiggle, spokesman for the Coalition Against Insurance Fraud, an alliance of consumer groups, insurers and government agencies. “Obamacare scams appear to be a spreading problem in many states around the country.”

Quiggle says con artists have been leveraging consumers’ befuddlement over the Affordable Care Act to commit identity theft and sell bogus policies from the minute the president signed the law.

Don’t be a victim. Here are four common Obamacare scams and ways to avoid them. 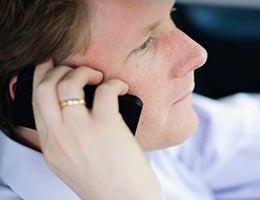 Here’s the setup: A caller claiming to be a federal employee informs you that you’ve been chosen to be among the first to receive a new federal health insurance card under the Affordable Care Act. To get yours, the caller just needs some additional information — including, of course, your personal data, such as bank account numbers.

Allyson Funk, a spokeswoman for AARP, says there’s just one catch: “There is no need for any new national insurance card.” The con artists hope you’ll think a card is required as part of the much-discussed “individual mandate” portion of the law, which requires most Americans to obtain health insurance.

“It’s a perfect example of how scammers take a little bit of truth about what’s coming and totally distort it to their advantage,” Funk says.

Should anyone posing as a federal employee call you or knock on your door, Quiggle says stay on guard. “The federal government is not sending out agents to sell anything right now.” 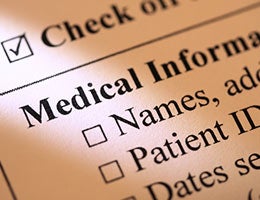 Seniors on Medicare have long been in the crosshairs of con artists. Although the Affordable Care Act makes few changes to federal health care for seniors, scam artists still find ways to play off Obamacare to trick them.

She explains that the goal is to trick people into revealing their Medicare numbers, which are identical to their Social Security numbers — which, of course, are key pieces of information for committing identity theft.

Con artists have even used recent natural disasters to trick seniors into divulging their Medicare numbers. “The spinoff that’s been targeting seniors after Superstorm Sandy is ‘your new waterproof-laminated Medicare card,'” Funk adds.

AARP already is warning members to ignore the new flood of scams it expects when state insurance exchanges open in October.

“Our main effort is to reassure those on Medicare that they don’t have to pay any attention to the sound and fury around the exchanges,” Funk says. “Their Medicare is safe and sound.” 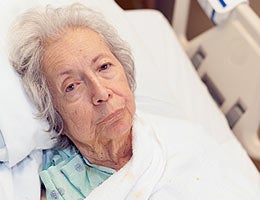 Remember that whopper about the Obamacare “death panels” that would make end-of-life decisions for seniors? The factual nugget behind this fiction dates back to an early draft of the law and a provision, since removed, that proposed that Medicare reimburse doctors for the time they spend discussing advance care options with elderly patients.

Even though it was patently false, the “death panel” meme sparked a scam that purported to protect you from this fabricated threat.

In similar fashion, scam artists seized on a real health reform provision that allows young adults younger than age 26 to remain on their parents’ health plan.

“There were people trying to sell a ‘new young adult policy brought to you by the ACA,'” Funk says. “While, yes, young adults can stay on their family’s group policy, there is no need for a separate individual policy for them. That’s sort of the whole point of the provision.”

She says there’s one surefire way to spot a bogus insurance sales scam: “Any mention of ‘Obamacare’ should trigger suspicion. If somebody is trying to sell you ‘Obamacare’ insurance, that should be a red flag.” 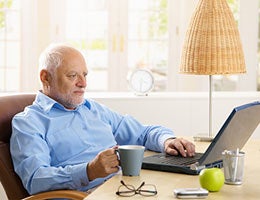 Can’t wait for the new state health exchanges to debut? Scam artists would love to hear from you.

“We’ve seen a couple of fake exchanges already online,” says Quiggle. “They have the word ‘exchange’ slapped across their masthead and on their home pages. So, a lot of that skullduggery is already in motion.”

In fact, such health insurance schemes are all the rage these days, according to Kay Lockhart, president of Nevada Independent Insurance Agents. The industry group, based in Carson City, Nev., partnered with its state to produce TV commercials alerting consumers to the threat.

“We did a campaign featuring a carnival barker, called ‘Only $29.’ The way we came up with that figure is, that was the average cost (for bogus coverage) from over 185 offers I collected in a two-year period,” Lockhart says. “They use $29 because they figure that is about what a family could afford to spend for health insurance in a month.”

AARP’s Funk expects the fraud to escalate once the exchanges come online.

“There are going to be attempts to hack the personal information that applicants provide,” she predicts.

How not to be a sucker 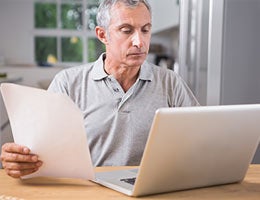 What’s the best way to avoid becoming a victim of an Obamacare scam?

Learn about the law. Log on to HealthCare.gov. The federal consumer site includes the most comprehensive, up-to-date information about health care reform, translated into everyday English and Spanish.

Beware of unsolicited inquiries. “If you didn’t request it, that alone is cause to be suspicious,” says Funk.

Don’t fall for the familiar. “Fraudsters will take a popular name of an insurance company and just twist it a tiny bit,” says Lockhart. “We broke up one that was calling itself Old Reliance. Well, ‘reliance’ is a term that’s in probably 25 to 30 insurance company names.”

Verify, verify, verify. Never respond to an unsolicited inquiry until you verify the identity of the inquiring party through your state department of insurance.

Guard your personal information. “Never give out your Social Security, Medicare or bank account numbers in response to any unsolicited contact, whether it’s a phone call, somebody at the door, direct mail or email,” says Funk.