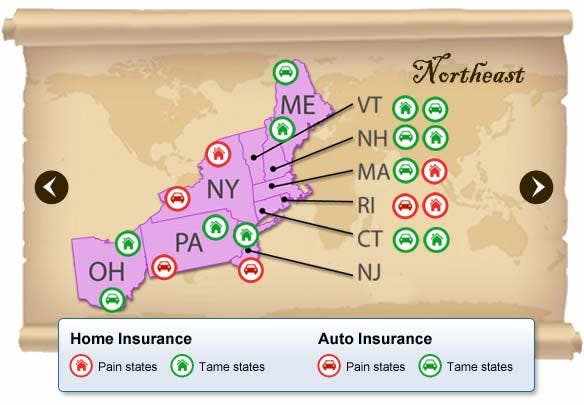 And demographics include rural populations overshadowed by dense urban populations that span the economic spectrum. Baranoff says “redlining,” or rating insurance based on risk in poorer neighborhoods, is still a reality in urban centers.

“You have redlining because past losses indicate that you’re going to be charged more,” she says. “It can change from ZIP code to ZIP code.”