You’re in your middle years? Here’s why you probably need to buy life insurance 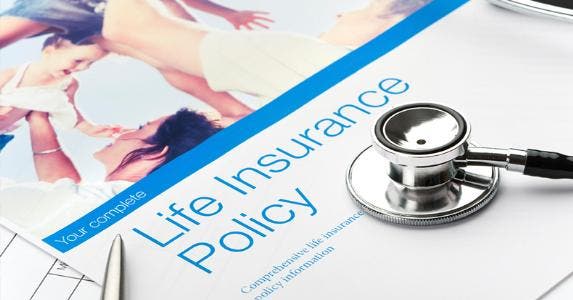 Once you’ve reached your middle years, it’s time to stop thinking your employer-sponsored life insurance is all you need.

Midlife is the time to get serious about life insurance. And here are some ways to do that.

Protect the kids from your debt

Once he hit his mid-40s, the president of BankPolicies.com, a Las Vegas-based consulting firm, chose a 20-year level (fixed-rate) term policy with a $250,000 benefit amount. That was after talking over his objectives and time horizon with Kisner, his financial adviser.

“I wanted to take my mortgage debt off (the children) should something happen to me before I retire,” Medovich says. “I don’t want them to have to use my retirement or trust funds. I have specific instructions of what they’re supposed to do, and it’s not to grieve.”

Kisner, a fellow midlifer with a wife and three sub-teens at home, knows the feeling well.

Capitalize on your high-earning years

“At this age group, the primary reason that most people would need life insurance is to protect their income,” Kisner says. “From 50 into your early 60s, those are your peak earning years — you can comfortably afford your mortgage, your kids have grown and maybe moved out, and you can now really start to sock it away for retirement.”

If you die before you have the time to do that “socking,” you could leave your spouse in a bad situation, he says. “Social Security isn’t going to kick in, even survivor benefits, until you’re 60.”

Joel Schumacher, an insurance and investment educator with the Montana State University Extension, says Medovich was smart to lock in one policy to get him to retirement.

“The older you get, the less favorable term life insurance premiums are going to be,” he says.

Farm and ranch families and co-owners of other family enterprises typically have a particularly strong incentive to purchase life insurance, Schumacher says.

“Oftentimes, they will keep sufficient money in the life insurance policy to ensure that the family business has enough cash flow to survive,” he says. “Farm and ranch operations tend to be land-rich and cash-poor: All of the money is in non-liquid assets. This ensures some cash flow during a transition.”

However, Schumacher says the one-policy strategy isn’t always best. A laddered approach of buying several term policies of varying lengths can allow a midlife couple to take advantage of the age-based premium savings and maintain the flexibility to shed coverage as their nest egg grows or their needs change.

“You might be appropriately purchasing at a lower rate now but wind up overpurchasing in your 60s because your income replacement needs have fallen to essentially zero,” he says.

While term life may be the product of choice for midlife income protection, Kisner recommends cash-value permanent life insurance for wealthier clients who want to protect their income while enjoying the tax advantages of an additional nest egg.

“The idea is to have the lowest possible death benefit and build up this big cash value that you will then be able to withdraw tax-free during retirement,” he says. “It’s like a forced savings vehicle, but with the tax benefits that allow it to operate like a Roth IRA.”

Just one catch: To make that scenario work, you need at least 15 years’ worth of contributions before you take any withdrawals, Kisner says.

When clients dig in their heels against life insurance, Kisner asks them: What’s your alternative?

“There are people who are anti-insurance and their argument is usually, ‘I know that the odds are in the insurance company’s favor,'” he says.

“But you know something? If you’re the 1 in 1,000 who dies prematurely or one of the 10 percent who become disabled, then life insurance could save your family, your lifestyle, everything you’ve ever worked for,” Kisner adds. “It’s a small price to pay.”

His own preference is to turn out to be a very profitable client for the insurance companies.

“That means that I didn’t die prematurely, I wasn’t disabled prematurely, my house didn’t burn down and I didn’t get in a car wreck,” Kisner says. “If any of those things happen, there’s going to be an emotional toll. I don’t want to compound it with a financial toll.”