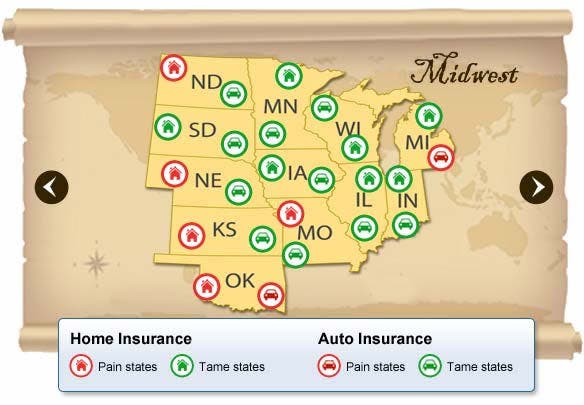 It’s understandable that home insurance rates in Tornado Alley would run a bit higher than in states less exposed to twisters. However, Luedke says it’s the actual claims history, not the potential for disaster, that impacts Midwestern insurance rates.

“We don’t look at a rate for an entire state because obviously one part of a state is not the same as another part of a state,” he says. “It does get down to areas as small at ZIP codes.”

Those wide-open spaces work in favor of Midwesterners when it comes to auto rates, however.

“North and South Dakota are often one and two of the lowest insurance rates on average, and that makes sense to me because they are very, very rural states,” says Luedke. “When you have five cars over 100 square miles, the chances of them banging into one another aren’t very good.”