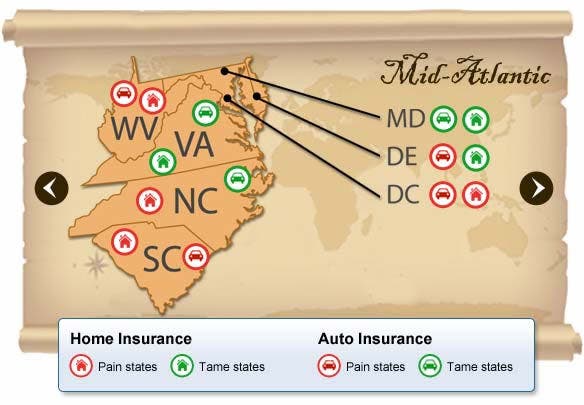 Washington, D.C., leads the nation in personal auto insurance pain. Capital residents not only pay the highest average expenditures in the nation at $1,126, they also rank among the lowest (47th) in median income at $60,418. As a result, auto insurance takes a painful bite out of their pocketbooks.

Among the other auto pain states, Delaware’s expenditures and incomes are both high, South Carolina’s rates and income are both low and West Virginia’s rates are painfully high for its modest median income.

Low median incomes are causing the home insurance expenditure discomfort in each of the pain states, which, except for the District of Columbia, pay average annual premiums below the national average of $791.