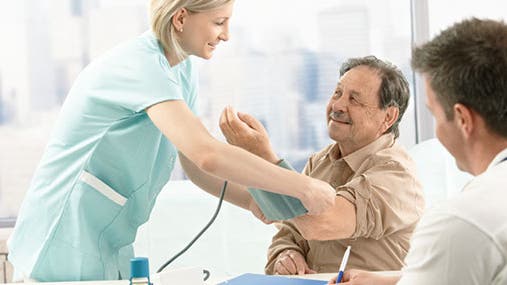 Ever since a Supreme Court ruling last year made health insurance reform’s mandated expansion of Medicaid a state-by-state option instead, low-income Americans and public health officials alike have been watching and waiting to see how those dominoes fall.

President Barack Obama’s health insurance overhaul offers a strong incentive for states to expand Medicaid in 2014 to everyone with incomes of up to 138 percent of the federal poverty level (approximately $15,850 for an individual or $32,500 for a family of four) and cover eligible, childless adults for the first time. States that go along will have their expansion completely funded by the federal government for three years, with the federal share then easing to 90 percent over time.

Some states are balking

As of midsummer, 23 states and the District of Columbia were moving to expand the 48-year-old federal-state health care safety net for the poor that already insures more than 60 million people, while 21 states have balked and six remained undecided, according to tracking by the nonprofit Kaiser Family Foundation.

At stake: affordable health insurance for an estimated 21.3 million low-income Americans not currently eligible for Medicaid, and the prospect that the states could save $10 billion through 2022, according to a recent Kaiser study.

Republican Govs. Rick Scott of Florida and Rick Perry of Texas, whose states are among those with the largest populations of uninsured low-income residents, immediately vowed not to expand their Medicaid programs. But Scott now supports expansion, though his state legislature does not. Other governors are taking a wait-and-see approach.

Harvard University health economist Benjamin Sommers says the high court’s decision to make expanding Medicaid optional for states registered nary a blip with most people for a very simple reason: They didn’t understand it.

“The majority of people have the mistaken perception that Medicaid is available to all poor Americans,” he says. “But if you aren’t in one of those traditional eligibility groups — if you’re not a parent, a child or someone with a disability — it doesn’t matter how poor you are, you’re not eligible in most states.”

The idea was to eliminate the current state-by-state patchwork, cut the cost of uncompensated care at hospitals and emergency rooms, and leave less room for lawmakers to manipulate Medicaid programs for their own purposes.

“A lot of governors and state legislatures around the country over many years have controlled the rate of growth of their Medicaid programs by making it as difficult as possible for people to enroll in Medicaid or stay in Medicaid once they’ve been enrolled,” he says. “So they manage their program budgets by continually bouncing out as many people as they can and keeping as many people out as they possibly can.”

Regardless of how a state proceeds on Medicaid expansion, individuals and families earning between 133 percent and 400 percent of the poverty level will be eligible for premium subsidies to buy health insurance when the new marketplaces debut Oct. 1.

Fear of a Medicaid influx

Some governors have expressed specific concern over a possible “woodwork effect.” Under this scenario, large numbers of Medicaid-eligible residents who haven’t yet signed up might hear of a planned expansion in their state and come “out of the woodwork” and enroll before 2014, thereby creating a budget crunch for some already cash-strapped states.

“That is not trivial for some states,” admits Deborah Chollet, a lead health insurance researcher at Mathematica Policy Research in Washington, D.C. “But the truth is, those people have to be pretty healthy, or they would already be in Medicaid. So you may get large numbers enrolled, but your per-person cost should be very low for those people.”

In fact, when Arkansas crunched the numbers, it found that while health care reform would add 250,000 people to its Medicaid rolls, the law would result in a $372 million savings for the state from 2014 through 2021.

“There definitely were people in the state who were surprised by the numbers,” says Amy Webb, spokeswoman for the Arkansas Department of Human Services. “The ‘woodwork’ cost is offset by other areas where we would be saving, such as our medically needy population. They won’t have to go into bankruptcy to cover medical expenses.”

Long before the Supreme Court nudged Medicaid into the spotlight, Sommers and his Harvard team began conducting a cost-benefit analysis of extending Medicaid to all adults younger than 65, rather than just the four required eligibility groups (parents, children, pregnant women and the disabled). His study focused on three states — Arizona, Maine and New York — that have undertaken this very expansion in the program since 2000.

The results were not surprising: People live longer, seek medical care sooner and generally feel better when Medicaid is available to them.

“Our paper serves to remind everyone that expanding insurance is not just a cost issue, that there is a real health impact and a real effect on people to get the care they need when they need it,” Sommers says. “This is a major opportunity now for a large number of low-income adults, many of whom work and simply can’t afford private insurance, to have another option. But that will hinge on what individual states decide to do.”

Judy Feder, a health policy expert with the Urban Institute, says foot-dragging by states on Medicaid is nothing new, going back way before health insurance reform. While most states adopted Medicaid within five years after the program was created in 1965, it took Arizona and a few others more than a decade to do so — and that was with a mere 75 percent federal match, not the 100 percent initial match for expansion.

“Our hope is that the state governors will recognize that this is a good deal and one that their citizens sorely need,” says Feder. “Even if it takes a little time, I think the states are going to come in.”