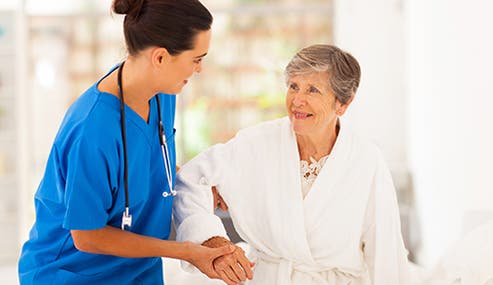 Think you know the ins and outs of long-term care insurance? Think again.

Due to a number of factors, including decades of generous underwriting and the current, lingering low interest rate environment, the long-term care, or LTC, insurance industry finds itself in the midst of a historic contraction, with both demand and the playing field shrinking. Keeping policies affordable has been a challenge.

“The premiums have really skyrocketed,” says Jeremy Kisner, president of Surevest Wealth Management in Phoenix. “The reason it’s so expensive is the claims history — they’re expensive claims, and they happen.”

Amid all the upheaval, the product is undergoing something of a reboot, with many advantages for consumers. Think of it as LTC Insurance 2.0.

First, some background. Fewer than 20 companies now offer LTC insurance, down from over 100 just a decade ago, due in part to mergers. Those insurers that remain now deny coverage to 1 in 5 applicants overall, and the chance of rejection is higher when you’re over 50.

“A significant share of the baby boomers are obese or disabled,” explains Jesse Slome, executive director of the American Association for Long-Term Care Insurance, a California-based trade group. “The trip-up question is, ‘Do you have a disability placard in your car?’ That’s an immediate decline.”

“Not understanding the Affordable Care Act and making some false assumptions is a big deal,” says John Carter, president and chief operating officer of retirement plans for Nationwide Financial.

Changing with the times

So how is LTC insurance evolving in the face of economic pressures and consumer ambivalence? The bad news is, today’s long-term care insurance is not your parents’ policy, which typically featured lifetime benefits and 5 percent annual increases in benefits as protection against inflation.

The good news is, LTC Insurance 2.0 is much more versatile and focused on home health care rather than the nursing home variety — and should you fail the physical, there are a handful of alternatives for those who are denied coverage.

Since the economic downturn, LTC insurers have been busy retooling their products to eliminate or minimize these top three buyer turnoffs:

While today’s more flexible LTC coverage is a welcome change, especially for the vast majority of baby boomers who hope to age in place rather than in a nursing home, what can those who’ve been denied coverage for a pre-existing health condition do to pay part or all of those future costs?

Life insurance with an LTC rider

This option mentioned earlier allows you to draw on your life insurance benefit for long-term care in your home or an institution.

The upside: The health underwriting on life insurance is far less stringent than on traditional long-term care insurance. Plus, if you don’t need long-term care, you won’t lose your investment.

The downside: It will likely be more expensive. “If your LTC policy was going to be $6,000 a year per couple, you might face $12,000 a year in ongoing premiums for the life insurance,” says Kisner. “Plus, you could exhaust your benefits over time.”

Get a life insurance quote today.

“You purchase a deferred annuity,” Kisner explains. “When you turn on the income stream six or eight years later, if you had put in $100,000, you can take out $7,900 a year for the rest of your life. The rider will double that amount if you need home health or nursing home care.”

The upside: There’s no medical underwriting, and you can’t outlive the income stream.

The downside: Investing that much cash upfront takes guts.

Senior homeowners may be able to tap the equity in their home for long-term care expenses.

The upside: There’s no physical or premiums.

The downside: The homeowners or their heirs will have to pay the loan back with interest at the end of the loan term or forfeit their home to the lender.

The old saw on long-term care insurance is: Those who need it can’t afford it, and those who can afford it don’t need it. The wealthy typically self-insure, meaning they fund long-term care out of their savings, while those of modest means spend down their savings to qualify for Medicaid.