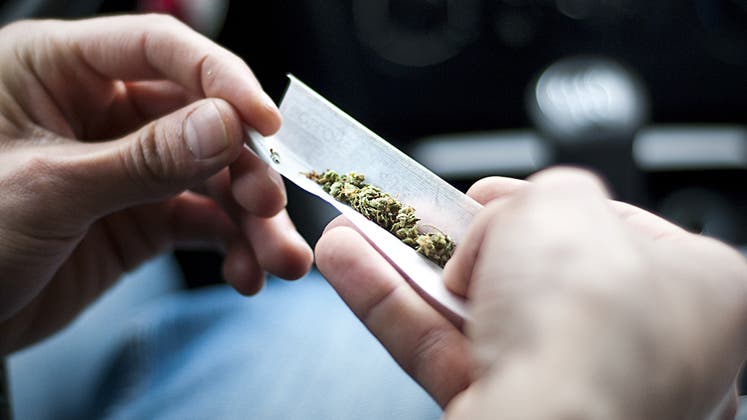 America’s growing acceptance of pot for medicinal and recreational use raises the question: How might your home, auto, health and life insurance change as a result of legalized marijuana?

In recent surveys, slight majorities of Americans favor legalizing cannabis, with many rating it less harmful than tobacco, alcohol or even sugar. So far, more than 20 states and the District of Columbia have approved medical marijuana. Colorado and Washington were the first states to legalize it for recreational use.

Where does this awkward federal-state split over marijuana enforcement leave consumers and insurers?

“I think the problem is a huge Pandora’s box, and nobody wants to touch it,” says Brenda Wells, director of the risk management and insurance program at East Carolina University in Greenville, North Carolina.

Wells researched the legal precedents of pot-related insurance claims in her 2014 paper, “Marijuana Legalization: Implications for Property/Casualty Insurance.” She found that, perhaps surprisingly, standard home and personal auto policies contained no exclusions of coverage for marijuana-related losses — at least not yet.

That means your home insurance conceivably could be made to pay for the loss of your medical pot or the theft of your recreational stash in states that have legalized marijuana. The same could hold true for pot that goes up in smoke in a home fire, although proving it was there pre-inferno could be a challenge.

Wells says even backyard growers may be covered, though maybe not generously, under current policy boilerplate.

“You have a limit in your standard homeowners policy of $500 for trees, shrubs or bushes, so the insurer possibly could limit it under that,” she says.

Similarly, a homeowner’s liability coverage could come into play for damages caused by a guest who drives home stoned, or legal actions arising from exposing a child to the drug.

“If they’re using the standard forms in places like Colorado and Washington and they haven’t reworded them, right now they would have to cover marijuana for loss or theft,” says Wells. “If the insurance industry is smart, they’re going to put an exclusion in the standard policy. … If they don’t, they could be on the hook for some big claims.”

“The precedent for that is alcohol,” he says. “People are charged with DUI for both alcohol and marijuana now and will be in the future, and auto insurance companies already factor those incidences into their rates.”

Health insurance, by contrast, is unlikely to pay for medical marijuana until the drug clears its federal hurdles, according to Susan Pisano, spokeswoman for America’s Health Insurance Plans, a Washington, D.C.-based industry trade group.

“What drives coverage is evidence that something is safe and effective,” she says. “The evidence in that respect is not compelling for marijuana, but it’s more complicated than that because it’s still considered a Schedule 1 controlled substance. And of course, it’s still illegal in most states.”

Life insurers are much more willing to embrace marijuana and its occasional use, though not necessarily at the industry’s best rates. NORML executive director Allen St. Pierre says life insurers tend to offer their higher “smoker” rates to occasional pot users, and some companies will even decline coverage to heavy users.

Armentano says marijuana is traveling the same path that alcohol took out of Prohibition, when states gradually opted out of an unpopular federal mandate until the government finally overturned it. He says the same barriers must be cleared with pot to bring about the regulatory changes necessary for insurers to feel confident about underwriting responsible marijuana use.

“Right now, the greatest impediment to the expansion of such regulations is the federal classification of marijuana as among the most dangerous substances known to man,” he notes.

More On Marijuana And Insurance: