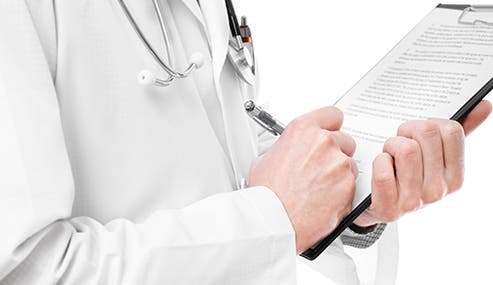 It has been a rough few weeks for Obamacare.

The stumbling, bumbling rollout of the nation’s health insurance exchanges already is the stuff of legend. Meanwhile, concerns are growing about other aspects of health reform.

For example, numerous reports now suggest that millions of Americans are likely to see their current health plan canceled — and thus will have to apply for more expensive insurance because their plans do not meet new health reform requirements.

However, such bumps in the road do not necessarily mean that Obamacare is headed into the ditch, says Ellen Magenheim, professor of economics at Swarthmore College in Swarthmore, Pa.

Magenheim acknowledges that “the rocky start is very unfortunate.” However, she believes that some hard work can turn the tide and make Obamacare a success story.

Magenheim expands on those thoughts in part two of a two-part interview. (Part one focused on Magenheim’s belief that health reform is more likely to boost economic growth than to hurt it.)

There has been a lot of criticism of the health exchange websites and how well they are functioning. Does such a rocky start jeopardize the long-term success of health reform? Or is this likely to be just a blip that is quickly forgotten?

The latest prediction from the White House is that the websites will be fixed by Thanksgiving. I’m not in a position to evaluate whether that is a realistic prediction, but I hope it is.

I think the rocky start is very unfortunate. I had anticipated that there would be some challenges getting such a large system underway, but not the scale of problems that we have, in fact, seen.

Nevertheless, I believe that health care reform can be successful. But it’s going to require some work, not just to get the system working for consumers and for insurers, but also to be sure to get young, healthy adults to sign up. If older, sicker people persist through the challenges of the system and younger people don’t, the system will be plagued, at least in the short run, by the problem of adverse selection that it was designed to overcome.

You sound optimistic about the Affordable Care Act and what it will do for both patients and the overall economy. But are there areas that need to be improved?

I am optimistic, but I would say it is guarded optimism. The biggest question is whether the ACA will be able to slow the growth in health care costs. The ACA does take some steps toward controlling costs and it is critical that these be monitored to be sure they are having the desired effect.

It is well-documented and widely known that in the U.S. that we spend more than comparable countries on health care while getting inferior outcomes. We need to get a greater impact for our spending, which will require greater sensitivity to costs and outcomes.

The ACA is clearly going to have a major impact on increasing the proportion of the population that has health insurance coverage, but I am concerned about those (who are) uninsured (and) eligible for Medicaid, but unable to get it in those states that have not accepted the Medicaid expansion.

Obviously, the ACA tried to address this problem, and it was the Supreme Court’s ruling that enabled states to decline to participate in the expansion. But this means that the effect of the ACA on reducing the number of uninsured Americans is dampened and the problem persists, albeit on a smaller scale.

What are some of the other issues that need addressing in order for ACA to succeed?

There also needs to be more emphasis on strategies to get all of us to behave in ways that will help us stay healthy or to manage our illnesses as well as possible. By this I mean that it is important that individuals take responsibility to engage in habits and practices that are known to maintain or improve health.

For those who already have health conditions, it is important to adhere to treatment plans, whether that means managing blood sugar, following a regimen of drug treatment, or seeing the doctor for follow-up care in a timely manner.

Obviously, there are medical issues and conditions that are not affected by these health-promoting behaviors. Nevertheless, some are, and putting all the responsibility for improving the health status of Americans on the side of health care providers is misguided, I think. The ACA takes some steps in this direction. For example, insurers are allowed to charge higher premiums to self-identified smokers. But I think more effort to encourage healthier behavior in the population as a whole is needed.

I am, as I said earlier, guardedly optimistic that the ACA will achieve its goals. I also think it is important to note that while critics raise many concerns — about the possible effect of the ACA on, among other outcomes, economic growth, the sustainability of Medicare payment cuts, and on the health care system’s ability to meet the increased demand from the newly insured — sticking with the pre-ACA status quo was not a viable option.

The many issues confronting the U.S. health care system, most prominently rising health care costs (without significant improvements in outcomes) and a significant portion of the population uninsured could not be ignored.