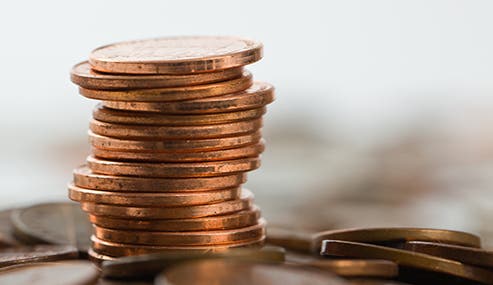 As health care reform changes sweep the nation, many critics worry about the legislation’s potential to negatively impact economic growth.

Increased taxes associated with health reform and new obligations for businesses will cut into the nation’s ability to move the economy forward, according to some who express concern.

However, it is more likely that Obamacare actually will boost economic growth, says Ellen Magenheim, professor of economics at Swarthmore College in Swarthmore, Pa.

In part one of a two-part series, Magenheim argues that increased access to health care is likely to light a fire under both worker productivity and economic growth. (In part two, Magenheim discusses the rocky rollout of Obamacare and what needs to be done to make health reform a success.)

She expands on those thoughts in the following interview.

You believe the Affordable Care Act will help spur economic growth in America. How so?

It’s too soon to know what the overall effects will be, but I do think that having a healthier labor force — due to increased access to health care in general and to preventive care in particular — will increase worker productivity and contribute to economic growth.

Some economists are more concerned about the cost of expanded access to health care and the potential negative effect on economic growth. It is important that the cost containment components of the ACA are successful to offset this effect. But it is also important to note that, in the absence of the ACA, there is no reason to believe health care cost growth will significantly slow down.

Job lock arises when workers stay at jobs because they fear losing employer-provided health insurance. These workers might be more productive in other jobs, whether this means starting their own companies or working for other employers in positions that better use their skills and strengths, but which might not offer health insurance coverage.

A well-functioning labor market requires mobility of labor. But if workers are afraid to leave jobs because they fear losing their health insurance, workers might not flow toward their most productive employment.

It will take time to see how much of an effect the ACA has on this problem. But the ability to purchase insurance through the exchanges should have a positive effect on reducing job lock.

Some critics charge that the Affordable Care Act actually will hurt economic growth. Why are those beliefs misguided?

(Many) of the concerns about the impact of the ACA on economic growth arise from the sources of revenues that will contribute to covering the cost of the ACA. These include taxes on medical devices and on so-called Cadillac health insurance plans, as well as increases in the tax rate on investment income for high-income tax filers.

There are also concerns that firms with fewer than 50 employees will choose not to hire additional employees, so as to avoid the requirement that they provide health care coverage. Finally, there is concern that the proposed cuts to Medicare expenditures — the savings from which will be used to help pay for the ACA — will not materialize, or will cause health care shortages, thereby defeating some of the anticipated positive health effects of the ACA.

The actual magnitude of the effects of these factors on job growth and economic growth are empirical questions, which we will observe in the coming years. And they must be weighed against factors that may very well contribute to increases in economic growth, such as a healthier labor force, reductions in the growth of health care spending, and a more flexible labor market.