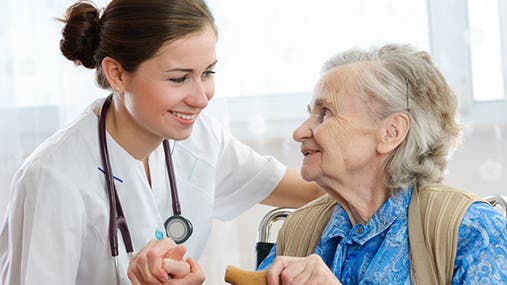 In recent months, health care reform efforts have run into a couple of major roadblocks. First, the federal government postponed the mandate that would have required all businesses with 50 or more employees to provide health insurance.

Then, the government delayed a provision that would have placed an annual dollar cap on out-of-pocket health care expenses for some consumers.

More missteps are likely to follow since health insurance exchanges opened for business Oct. 1, says Rexford E. Santerre, director of programs in health care management and insurance studies at the University of Connecticut School of Business in Storrs.

Still, Santerre says growing pains are to be expected in a program of this size and scope. In the following interview, he outlines his thoughts about what to expect in the coming year.

Beginning in October, Americans will start shopping for new health plans on both the federal exchange and individual state exchanges. What are your thoughts about how this process is likely to unfold?

People already shop online for many different products through websites such as Travelocity, Amazon or eHealthInsurance.com. Others feel more comfortable shopping by telephone or in-person.

But millions of people enrolled in the Medicare and Medicaid programs when they began in the late 1960s. And more recently, many senior citizens signed up for the new Medicare Part D plans in 2006. While rough spots initially presented themselves when these insurance plans began and some people likely experienced huge adjustment costs, they are highly successful today.

What advice do you have for consumers who will be using these exchanges for the first time?

I would remind consumers that you get what you pay for. Consumers should think about the entire money cost of the health insurance plan they are tending to purchase.

Premiums will generally be lower for health insurance plans with more consumer out-of-pocket payments, such as deductibles, copays and coinsurance.

Also, premiums will be lower for health insurance plans that restrict your choice among hospitals and doctors.

So learn to be an informed shopper. Consider the total price — both premium and out-of-pocket payments — whether the plan allows for greater choice among health care providers and other factors, such as the various types of medical care that will be covered by the plan above and beyond the essential benefits that insurers are required to offer.

Consumers will be able to choose from plans in four categories — bronze, silver, gold and platinum. How can a shopper figure out which of these four options is best for his health care needs?

The difference among the plans relates to the premiums and consumer out-of-pocket payments. The bronze plans cover about 60 percent of the consumer’s expected medical costs. The consumer remains responsible for the other 40 percent, whereas the insurer and consumer percentages for the platinum plan are 90 percent and 10 percent, respectively.

The choice of the four plans basically boils down to three factors: consumer income, health status and degree of risk aversion.

For example, if someone earns a relatively low income but considers him or herself to be of excellent health status and capable of bearing some financial risk, that person may find the bronze plan to be of their liking because of its low premium.

Oppositely, if income is not a consideration for someone but their health status is poor and/or they are not comfortable when dealing with risk, the gold or platinum plan may be more attractive. For others between these two extreme positions, it comes down to a trade-off between ability to pay, health status and psychological capability of absorbing some financial risk.

Recent news reports have suggested that starting next year, health insurance premiums for people buying a policy on the individual market are likely to fall sharply in some states (California, New York) and surge in others (Ohio, Florida). What accounts for this discrepancy?

A number of factors are at work here. In some areas of the country, health insurers are fewer in number but larger in size, and thereby have enough buyer clout to negotiate favorable prices from health care providers. This is particularly true when the hospitals and physicians are more numerous and the insurer can play one hospital or physician group against the others.

Depending upon the extent of competition in the health insurance market, health insurers may pass along these savings to the consumers in the form of lower premiums.

Also, in some states, the insurance department, or a similar agency, uses its regulatory power to more aggressively ensure that health insurance premium rates are reasonable before they are approved.

Finally, premiums depend on the mix of people who will be signing up for health insurance. If insurers in some states expect that a greater number of older and less healthy people will be signing up first rather than the young and healthy, then premiums may be higher in those states.