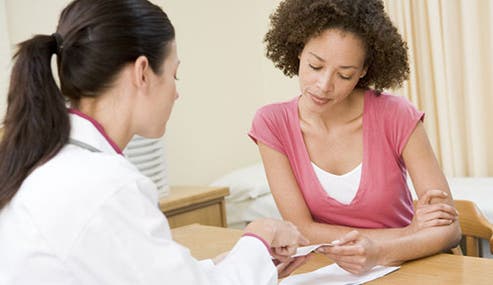 Just ahead of several of the big pieces of health care reform, 4 in 10 Americans say they’re spending more per month on their care, including health insurance premiums and out-of-pocket expenses, than they were a year ago. That’s according to Bankrate’s first Health Insurance Pulse, a new national, monthly survey that tracks consumers’ feelings about health care and health coverage as major components of Obamacare take effect.

Survey results indicate consumers are still grappling to understand President Barack Obama’s health care law, with 2 in 10 unsure whether its reforms are actually going to happen. The percentage of people asking the most basic question, “What is Obamacare?” is in the double digits.

While the Affordable Care Act, aka Obamacare, has been the law of the land since March 23, 2010, many consumers have not felt much direct impact — but that’s about to change. New state online health insurance marketplaces, or exchanges, are scheduled to open in October. Beginning in January, nearly all Americans must have insurance or face a penalty, under the law’s “individual mandate.”

Bankrate’s survey was conducted by Princeton Survey Research Associates International via landline and cellphone interviews from Aug. 15-18, with a nationally representative sample of 1,000 adults living in the continental U.S. The margin of error is plus or minus 3.7 percentage points.

While a slight majority (51 percent) of those surveyed report that their monthly health care bill is about the same as a year ago, 40 percent say they’re paying more today in health insurance premiums, prescriptions, copayments for doctor visits and other health-related expenses.

“If they were paying $10 in copays last year but are paying $25 in copays this year, that’s incredibly salient,” she says. “It could be that their premiums, which are typically several hundred dollars a month, haven’t changed at all.”

Even prescription drug costs can have a big impact on perceptions, as Schwartz knows firsthand. “I didn’t see a huge increase personally in my monthly premiums, but there have been big increases in what I pay for prescriptions when I go to the pharmacy,” she says. “Things that were costing $20 a year ago are costing me $50 now.”

Reform may be raising awareness of costs

Deborah Chollet, manager of health insurance research at Mathematica Policy Research in Washington, D.C., says circumstance may account for the higher costs reported by some portion of the respondents.

“They may have had a medical event where, all of a sudden, they’re hitting coinsurance or copayments that they didn’t have before,” she says. “They also could have renewed their policy; their anniversary date came up and they’re now paying more.”

Both Schwartz and Chollet agree that some respondents simply may be more cognizant of their health care expenses amid increasing public awareness surrounding the new shopping experience ahead in the Obamacare marketplaces.

“Some may be saying, ‘Look, I never paid attention to how much I was spending every year on health insurance and, now that you start asking me to pay attention to it, I realize I’m spending a lot more,'” says Schwartz.

Yet many Americans lack awareness about what’s happening with health care. In addition to the 20 percent of respondents who were unclear on whether health insurance reform will happen, 15 percent simply wanted to know “what Obamacare is.” Another 14 percent didn’t have an answer when asked what they most wanted to know about the Affordable Care Act.

Those findings are consistent with similar studies that indicate a significant number of Americans are clueless when it comes to health care reform.

“It’s certainly not a big surprise that some think the Affordable Care Act won’t happen, given that Congress has cast 40 votes to repeal it,” says Chollet.

Schwartz believes some of the bewilderment with the health care law stems from America’s employer-based health care system, which allows most people to avoid understanding the basics of health insurance.

“Purchasing health care turns out to be one of our biggest expenses, and yet it is very intangible,” Schwartz says. “If you purchase homeowners or car or life insurance, you know exactly what you’re getting, but with health insurance, it’s not clear. For most people, their employer plan has provided this huge buffer.”

Schwartz and Chollet say the public cluelessness surrounding Obamacare should recede dramatically in the coming year with the opening of the state health insurance marketplaces.

“Once people begin to shop and understand the dimensions of how to shop for plans, the idea of having endless choice versus a restricted network will be huge,” says Chollet. “There is a huge amount of education that needs to be done, and the only way that is going to happen is for people to begin to experience it.”