At least 3 percent of the money spent on health care each year in the U.S. involves some type of fraud. While that may not sound like much, the total is a staggering $68 billion a year, according to a 2008 report from the National Health Care Anti-Fraud Association.

The U.S. Food and Drug Administration defines health care fraud as scams pertaining to “products that claim to prevent, treat or cure diseases or other health conditions, but are not proven safe and effective for those uses.”

Unfortunately, consumers who are sick and holding out hope for a cure or lower-cost treatment are prime targets for unscrupulous scammers looking to capitalize on someone else’s misfortunes. Awareness of the cons can help prevent consumers from becoming victims. Read on to learn about the various forms of health care fraud and how to avoid becoming a victim. 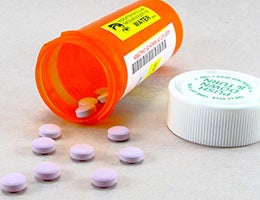 Dr. Deborah C. Peel, a physician and founder of the nonprofit Patient Privacy Rights, says patients who buy drugs through mail-order companies could be rolling the dice with their health. Peel says there’s a high probability in many cases that these drugs are counterfeit.

“And you don’t ever know because the fraudulent tablets look just like the real ones,” says Peel.

Peel says ordering from companies that specialize in mail-order sales that are not affiliated with a legitimate insurance company, especially from foreign countries, can be very risky. Not only could the quality be questionable, it could also be illegal.

“But people are desperate because we’re being so grossly overcharged for medication,” she says.

How to spot it: The best practice is to avoid purchasing drugs from foreign or obscure pharmacies. If you do go the mail-order route, stick with U.S.-based companies. Peel says you can lessen costs by buying generic.

What to do: If it’s a U.S. company, you can report the health care fraud to the Food and Drug Administration. But if it’s a foreign company, there’s little that can or will be done. 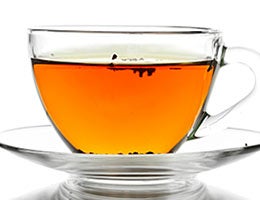 The FTC website says scammers take advantage of people with a grim diagnosis such as cancer and “promote unproven — and potentially dangerous — substances like black salve, essiac tea, or laetrile with claims that the products are both ‘natural’ and effective.” But, say physicians and other experts, simply because something is advertised as “natural” doesn’t mean it works. And while a patient is experimenting with bogus treatments, he or she can squander the opportunity to receive treatments that might truly be effective. Peel says consumers should beware of products with personal testimonies that prove nothing. Don’t trust a product just because of favorable reviews on the Internet, she warns.

How to spot it: If product claims make it sound like it’s too good to be true, then it is. Something that works miracles would make headlines, so when “Mary in Indiana” says that a special tea cured her cancer, it’s a worthless testimonial.

What to do: Guard against phony products by talking to your trusted physician or physical therapist. 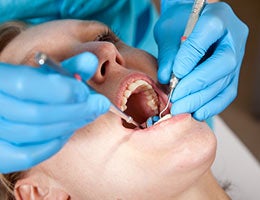 An Oklahoma dentist accused of allowing unlicensed employees to give IVs to patients made nationwide headlines earlier this year after some patients were alleged to have contracted hepatitis due to the purported use of contaminated instruments.

While it’s not something you see every day, it happens, and industry professionals such as James Quiggle, communications director of the Coalition Against Insurance Fraud, say you can take steps to ascertain that your dentist employs ethical practices. One such step is to scope out dentists you’re considering.

“Go to two or three dental offices and get a sense of the comfort level of that office, how clean it is, how professional and whether it’s up-to-date and well-lit,” says Quiggle. While dental scams are not as common as some other types of health care fraud, the results obtained by an unscrupulous dentist can be life-altering in a terrible way.

How to spot it: If you have dental insurance, check your explanation of benefits statement and make sure it matches the work you had performed. If the office seems unsanitary or the staff not properly trained, trust your instincts and find someone else.

What to do: Quiggle suggests contacting your state dental licensing board as well as your state department of insurance. 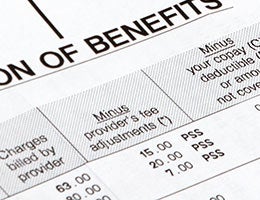 Ohio authorities report they’ve indicted a man for using a fraudulent identity to obtain $345,000 in medical treatment from The Ohio State University Wexner Medical Center. The man used a stolen license multiple times in order to get services from 2008 to 2013, according to news media reports.

Jeff Young, vice president of fraud control at Verisk Health, says you should guard your health care insurance information as carefully as you do banking data. “Protect it, don’t carry it around and report it immediately if you lose it,” says Young.

If you become the victim of medical ID theft, your credit can be ruined, you can find erroneous treatment information on your records and creditors will hound you to pay for treatment never received.

How to spot it: Again, check your explanation of benefits and follow up immediately on treatment you know you didn’t receive. Keep copies of all of your medical records. 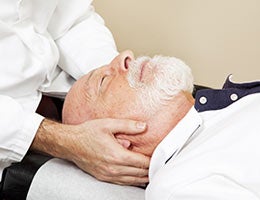 Four residents of Jacksonville, Fla., including a chiropractor, were recently arrested and charged with staging automobile accidents, then steering the victims to the chiropractor for treatment they did not need. Quiggle says it’s an old scam he’s seeing more and more, as well as a source of rising insurance premiums.

Fake accidents are more common than they may seem, and some are more dangerous than others. The National Insurance Crime Bureau reports that criminals targeting the Las Vegas area are staging fake accidents by pulling into the paths of big rigs and slamming on their brakes. These con artists are pinning their hopes on getting big settlements out of the truckers, but many of these staged crimes also involve false medical treatment.

How to spot it: If you’re involved in an accident and someone tries to influence you into going to a certain clinic or physician, steer clear. It may be a setup.

What to do: Contact your state department of insurance and your own insurer to report the incident of health care fraud. The National Insurance Crime Bureau’s website contains links to different states’ departments of insurance and fraud bureaus.