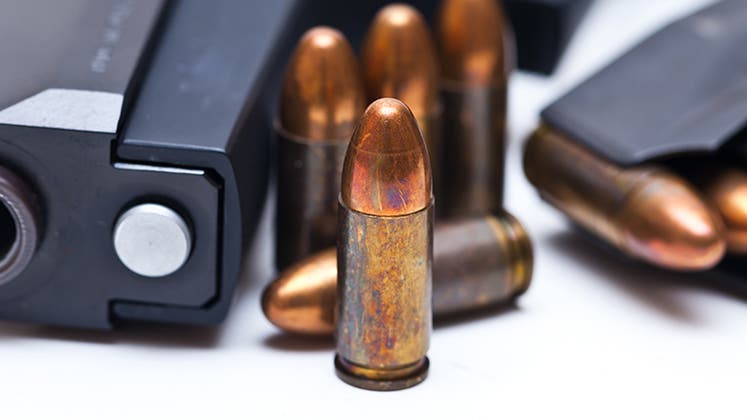 Should owners of firearms be required to carry gun liability insurance to cover the potential risks their weapons pose?

Or do law-abiding gun owners instead need protection from insurers who may charge them more for home and auto coverage or even deny them coverage when they “keep and bear arms”?

The insurance industry has been reluctantly drawn into these two heated debates by events such as the 2012 shooting death of unarmed Florida teenager Trayvon Martin by a man who claimed it was self-defense, and recent rampages such as the mass shooting at Sandy Hook Elementary School in Newtown, Connecticut.

Get a homeowners insurance quote today.

Shootings usually not an insurance matter

Insurers readily admit their industry could help discourage gun violence through risk underwriting and cost incentives and disincentives. After all, they already promote social responsibility by:

The problem is, while auto and home insurers have a financial stake in whether you wreck your car or your dog bites the letter carrier, they usually won’t be out a penny if you shoot someone.

“Insurance ends at the point of intention,” explains Lynne McChristian, the Florida spokeswoman for the Insurance Information Institute. “Firing a weapon is (usually) an intentional act, and no insurance covers an intentional act. You can’t decide to drive your car into your neighbor’s vehicle and expect your insurance company to cover it.”

Peter Kochenburger, executive director of the Insurance Law Center at the University of Connecticut School of Law, says if you subtract the intentional acts of gun violence that wouldn’t be covered, insurers have very little financial incentive to get involved with gun ownership.

“The data I’ve seen shows that not even 2 percent of gun deaths would be classified as accidental; the vast majority are either suicides or homicides,” he says. “So right there you have roughly 98 percent of gun deaths that would have no liability coverage due to the intentional acts exclusion.”

In fact, Kochenburger says insurers have a major reason not to wade into covering firearms.

“There’s what’s called a ‘moral hazard’ that applies to all aspects of insurance, which says if you insure (dangerous) behavior, you are in some sense encouraging it because people will be less careful knowing they have coverage if they are negligent,” he says.

Insurance as a deterrent?

Russell Roberts, an economics fellow at the Hoover Institution at Stanford University, suspects that advocates of gun liability insurance may have a simple goal in mind.

“To me, insurance is just a fancy way to discourage gun ownership by raising the cost of owning a gun,” he says. “I don’t think that’s a good idea because not everybody obeys the law. You would raise the cost for law-abiding citizens to own a gun without having any impact on those who illegally own a gun.”

That’s precisely the position taken on the issue by gun rights groups, which oppose mandatory insurance. To address insurance concerns of its members, the National Rifle Association offers policies through Lloyd’s of London that include coverage for civil and criminal defense costs “should the unthinkable happen” — meaning a gun owner fires in self-defense.

In Florida, gun advocates have gone a step further and reframed the gun insurance debate. They maintain that instead of needing the protection of insurance, gun owners need protection from insurance companies — which might charge them more or refuse them home or auto coverage for owning firearms.

The Florida Legislature agreed and recently passed a bill banning this practice, despite scant evidence that it even exists. The bill was signed into law by Gov. Rick Scott.

Do insurers discriminate against gun owners?

“No — that bill is trying to prevent something that isn’t even happening now,” says McChristian. “It’s been labeled a solution in search of a problem, because there is no problem.”

Matt Carlucci, a veteran State Farm insurance agent in Jacksonville, Florida, agrees. He calls the bill “a tempest in a teapot” stirred up by the gun lobby as a “pre-emptive” move in response to calls for mandatory gun liability insurance.

Gun insurance measures in other states

“My company, like most companies, only asks about firearms to make sure we’ve got them all covered for theft,” Carlucci says.

“I think the very, very few companies that may have some issue with firearms might be more aimed at ownership of assault weapons and excessive amounts of ammunition,” he adds. “I don’t think insurance companies are concerned about regular gun owners like me who have a shotgun and maybe a handgun for protection.”

Still, in light of the ongoing public debate, could gun owners one day be required to pack liability insurance? Bills have been proposed in a few states, though it’s unclear whether insurance companies would want to get on board.

“State legislatures could mandate it, but the state government can’t require private insurers to offer it,” says McChristian. “And there’s no evidence to suggest that insurers would cover gun owners for illegal acts of violence.”