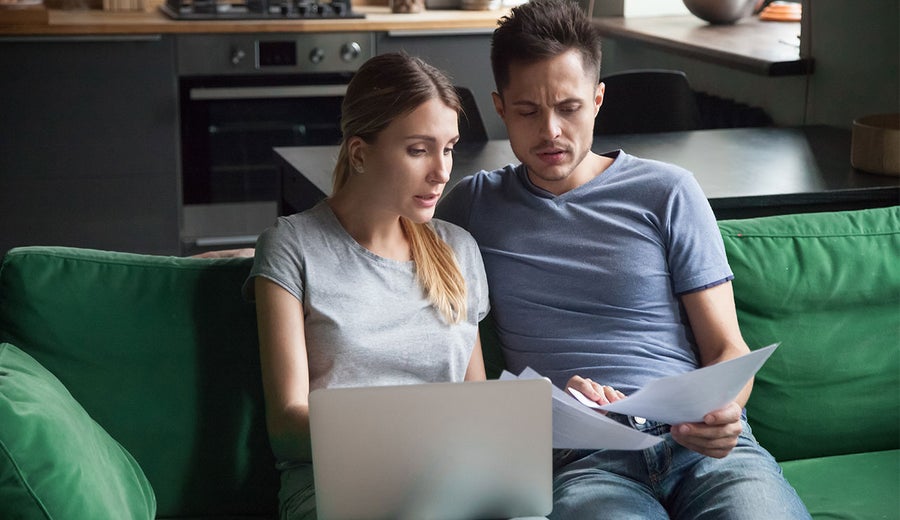 Are you getting sick of the skyrocketing premiums on the health insurance plan associated with your health savings account?

Maybe it’s time to give your HSA a checkup to determine if it’s still doing all it can to keep your family in the black financially.

What, you didn’t know you could shop for a new health insurance plan associated with your HSA?

“Rates do go up, and HSA plans can be dramatically different. We see plans from two different insurance companies with almost identical deductibles, and the monthly premium on one could be $250 and the other could be $450. It’s shocking, a lot of times.” (To compare insurance policies and quotes, visit Insureme.com, a Bankrate company.)

Checkup checklist
Are the premiums associated with your high-deductible health plan rising? If so, try these steps.
5 ways to lower HSA-associated costs:

According to an April 2008 report by America’s Health Insurance Plans, a health insurance industry group, there are now 6.1 million Americans covered by HSAs.

While individual coverage has almost tripled in less than three years — from 556,000 in March 2005 to 1.5 million in January 2008 — the largest jump has occurred among large-group coverage. That type of coverage grew from 162,000 participants to 2.8 million during the same period. Even Uncle Sam now offers HSAs to federal workers.

To qualify for an HSA, a person must have what is known as a high-deductible health plan, or HDHP, which features a higher deductible but lower premium than traditional health insurance plans.

HSAs originated with a pilot program under the Health Insurance Portability and Accountability Act of 1996. They became permanent after passage of the Medicare bill in December 2003.

By law, HSAs are available to those who enroll in a HDHP, are not enrolled in Medicare or covered by another health care plan, and are not claimed as a dependent on another’s federal income tax return.

Ironically, despite being one of the simplest health insurance options available, HSAs have battled confusion on all fronts, from insurance agents to accountants to consumers.

Insurance agents initially didn’t know how to sell HSAs and feared the new program would cut into their lower-deductible health insurance products. Accountants had to learn the tax rules and annual limitations regarding tax-deductible HSA contributions. (For 2008, contribution limits are $2,900 for an individual HDHP and $5,800 for a family plan).

Some consumers may have confused the government-controlled contribution cap, which regulates the tax advantages of the HSA, with the unregulated premiums they pay to the insurance company.

As a result, they may be paying higher premiums than necessary.

Eric Tyson, co-author of “Taxes 2008 For Dummies,” notes that an HSA is not a “get-out-of-premiums-free” card as some would believe.

“An HSA won’t free you from the pain of having to pay a monthly premium, but they can lessen the pain,” he says. “That’s because the high-deductible policies required for HSAs have much lower premiums when compared to those of traditional insurance.”

While many people continue to enjoy the lower health insurance premiums associated with HSAs, others have seen their premium costs rise.

Long explains that many health insurers group (or “block”) the health plans associated with an HSA together into a pool. As the holders of those plans age, claims start coming in, prompting the insurer to raise rates on the health plan.

That, in turn, prompts healthy people to leave the pool. Because no new applicants are coming in, the rates keep going up as the pool becomes smaller and its risk to the insurer grows.

“When rates go up, it’s just like when your lawn service raises its rates; you might want to shop around to make sure you’re getting the best deal,” Long says. “It makes sense to re-shop your HSA rate every year or two.”

So, what can you do if premiums skyrocket on the high-deductible health plan attached to your health savings account?

Considering the following options can lower your premiums and improve your coverage.

HSAs are growing and changing quickly as demand increases. It’s a good idea to compare your high-deductible health plan against others every year or two to obtain the best rate and take advantage of new policy features of the HDHP.

But beware: If your health has declined, shopping around may be a bad idea. Instead, you may be better off sticking with the higher premiums of your current plan and increasing your deductible instead.

Your HSA provides a cushion with which to pay your medical bills up to your deductible amount, when your HDHP coverage — typically 100 percent — kicks in.

As that cushion grows, consider raising the deductible on your HDHP to lower your premiums. Start with a quote from your current insurer to avoid a medical exam, especially if your health has declined.

A low-cost supplemental accident policy can be a cost-effective way to lower your HSA-related costs.

However, if you take this route, it’s important to remember that the supplemental accident policy is intended strictly for accidents. It won’t cover you in the event of illness.

With increased competition has come increased policy complexity. So, be sure to read the fine print before changing policies.

Pay particular attention to the maximum lifetime payout (which typically runs in the $2 million to $5 million range), and check to see wither the insurance plan includes 100 percent prescription drug coverage, which literally can be a lifesaver today.

Independent insurance brokers may offer a free annual policy review. If so, take them up on it; they can save you time and money with their knowledge of the current HSA marketplace.

As brokers, their commissions are paid by the insurance carriers, so their services are (or should be) free to you.