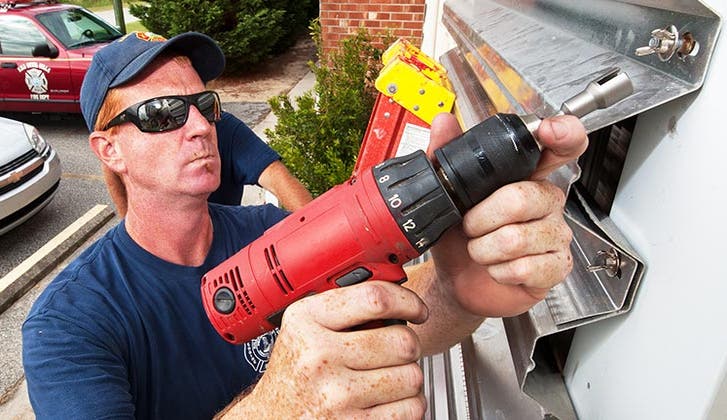 An active Atlantic hurricane season serves as an urgent reminder that every U.S. household needs a home inventory, an emergency preparedness kit and an evacuation plan.

If your family’s disaster planning falls short, you’d better get busy. A calamity won’t wait for you to get ready.

Do you have an emergency kit? Many don’t

According to a recent U.S. Census Bureau American Housing Survey, just 51.5% of U.S. households have prepared an emergency kit. Participation was highest at 70% in hurricane-prone Miami and Tampa, Florida, while Austin, Texas Chicago, Minneapolis and Boston have low rates of kit-equipped homes.

The Federal Emergency Management Agency, or FEMA, recommends that households have enough water and nonperishable food to last at least 3 days, plus other supplies, such as first aid and a flashlight with extra batteries. But FEMA’s own surveys indicate that the percentage of Americans with disaster kits has gone down since peaking at 57% in 2009.

Room for improvement in readiness

There’s good news and bad in our current record on emergency preparedness, according to Himanshu Grover, co-director of the Institute for Hazards Mitigation Research and Planning at the University of Washington.

“A 50% average is actually good because if you look at where these people are who are planning, they are usually in areas that are historically already at risk,” he says. “But at the same time, it’s also disturbing because it means that the areas that have not seen disasters but may be at risk are likely to face more losses than we would anticipate.”

“Knowing that your home insurance renews every year should serve as a reminder to look at your policy every year,” she advises.

McChristian says just because your home mortgage company may not require you to carry flood insurance doesn’t mean you don’t need it.

“That’s the biggest mistake — people don’t get flood insurance unless someone makes them get it,” she says. “What they’re overlooking is that about 20% of all National Flood Insurance Program claims are submitted by homeowners who live in low- to moderate-risk zones. That’s a high percentage.”

Homeowners in 19 states and the District of Columbia also should take an annual glance at their home insurance hurricane deductibles.

McChristian urges restraint when it comes to choosing your hurricane/wind deductible.

“My rule is, never take a deductible that is higher than what you can afford,” she says. “If you do and you get hit by a storm, you may not have that money set aside to repair your home.”

“It costs you nothing but a little time and helps tremendously after a natural disaster,” she notes.

Unfortunately, all of the emergency checklists and home preparedness videos on the Internet will do little good if homeowners ignore them.

That’s where the Federal Alliance for Safe Homes, or FLASH, comes in. Led by president and CEO Leslie Chapman-Henderson, this Tallahassee, Florida-based nonprofit operates as a public awareness firm, of sorts, to make disaster preparedness a normal part of our everyday lives.

“We are trying to popularize the idea that you can survive, you can afford what’s necessary to survive and you can recover quickly,” she explains. “It’s not luck when you and your home survive; it’s because you did things purposefully ahead of time.”

The FLASH website features videos that break down preparedness projects by time commitment: one hour, one day or one weekend.

It’s all part of the evolution of home preparedness away from the negative, lawyerly sounding “storm mitigation” toward a more upbeat, holistic emphasis on “resilience.”

“The appeal of resilience is, we like the idea of being resourceful and able to overcome and bounce back. Everybody can find something to relate to in it,” says Grover, of the University of Washington. “The resilience of a community will return benefits in terms of sustainability and quality of life beyond just hazard mitigation. It’s not just a set of actions; it’s a forward-looking strategy for life.”