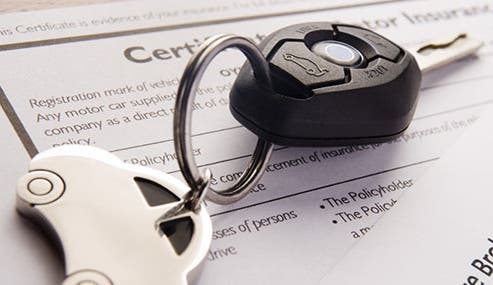 A perfect driving record could be more valuable than you think. Avoiding accidents and tickets was already a good strategy for keeping your insurance premiums low, and now some insurers are taking the advantages of safe driving to the next level by offering to reduce your car insurance deductible for each year you go without a crash or violation.

In some cases, you could lower your deductible all the way to zero if you achieve several years of unblemished driving.

The plans have various names, such as the “disappearing deductible” or “vanishing deductible.” These auto insurance programs are so new that it’s tough to tell just how popular or effective they are, says Michael Barry, a spokesman for the New York-based trade group the Insurance Information Institute.

“These are optional plans, and the policyholder should consult with an insurance professional while weighing the pros and cons of buying a policy with this feature,” Barry says.

While the details may vary somewhat by carrier, most declining deductible plans have the same general guidelines.

Typically, drivers who enroll in the program get a certain amount of money knocked off of their car insurance deductible for each year without a ticket or accident.

With The Hartford’s Disappearing Deductible program, new policyholders can enroll if they have a clean driving record for three consecutive years, says company spokesman Tom Hambrick. Each additional year brings a $50 credit.

Renewing Hartford customers can receive an initial $150 deductible reduction after three years of clean driving, then $50 for each additional incident-free year.

“The feature is designed to reward drivers for their safe driving and loyalty to The Hartford’s auto program,” Hambrick says. “Over time, their deductible may disappear altogether.”

To take advantage of The Hartford’s program, Hambrick says, customers must purchase the company’s Advantage Plus package, which will run them about 6 percent more than the basic auto insurance coverage.

Nationwide’s “Vanishing Deductible” feature knocks $100 off your deductible for each year of good driving. But Consumer Reports found that the insurance company charges $60 per year for the first car under the plan and $10 for each additional car. Nationwide declined to comment for this story.

It’s also important to remember these programs do vary somewhat by state. For example, laws in Pennsylvania and New York make it impossible for The Hartford to reduce the deductible to zero, says Hambrick. Policyholders will want to ask about any restrictions in their state.

What if your clean record is tarnished?

If you have an accident or are ticketed for a moving violation, such as speeding or running a red light, The Hartford program will “reset,” Hambrick says, which means all deductible credits you’ve accumulated from good driving will be lost.

In contrast, Nationwide’s “vanishing deductible” plan pushes your deductible back up to what it was in your first year of the program, which means you still enjoy a $100 reduction off your usual car insurance deductible.

Your reward may be cut back regardless of whether you were at fault, notes Oscar Marroquin, president of Marroquin Insurance Group in St. Louis.

Is it worth the extra money?

The chance of winding up with a zero-deductible policy can sound like a great deal. But some independent insurance agents are skeptical.

“Vanishing deductibles are a great idea in principle, and (these programs) are a great coverage to advertise in order for a carrier to distinguish its products,” Marroquin says. But he adds that you might be better off doing what many consumers do, which is to accept a higher deductible in exchange for a lower premium payment.

The reason is certainty: You’ll have to pay the premiums no matter what, but there’s a chance you’ll never pay any deductible.

With a diminishing deductible program, “You’re paying the money you would have saved upfront with a more expensive premium,” says Jim Rosenfield, an independent agent in the Phoenix area. “But since you have established that you are a safe driver, you might not ever need to even use your deductible.”

Just a chance you’ll come out ahead

There are some scenarios where the math might be in the driver’s favor, Rosenfield concedes. But he says for that to happen, the policyholder would have to incur just the right amount of damage at just the right time.

“Insurance companies are smart; they would not offer such a feature if they lost money on it,” he says. What’s likely, he says, is that drivers will end up paying for a discount they’ll never use, or — even worse — will avoid submitting claims they otherwise would file, simply to hold on to their discount.

“Both of these scenarios are wins for the insurance company,” he notes.