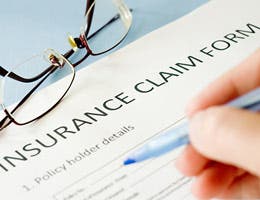 When a natural disaster strikes, it can turn your life upside down. You may end up temporarily homeless and suffer losses in the tens of thousands of dollars, if not more.

Home insurance helps heal the wounds left by nature’s fury. But too often, homeowners do things — either accidentally or intentionally — that delay or even negate their disaster insurance claim.

Following are six errors to avoid when filing a homeowners claim after a natural disaster.

Waiting too long to file the claim 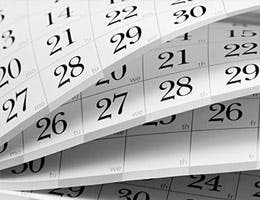 Insurance companies typically impose a time limit for filing claims. Most policies require you to file a claim within one year of a natural disaster, according to the Rocky Mountain Insurance Information Association, an industry group in Greenwood Village, Colo.

“All companies want a claim filed as soon as possible,” notes Mitch Wilson, vice president of public information and education for the Ohio Insurance Institute in Columbus.

Policies typically contain language requiring homeowners to contact their agent promptly after damage occurs, Wilson says. Usually, a specific time frame may be found in the “conditions” section of a policy, under a clause titled “duties after a loss.”

If you procrastinate and are late with your disaster insurance claim, it could be denied because you did not meet the policy conditions, he says.

The best way to avoid such trouble is to communicate with your insurer early and often, says Lori Conarton, spokeswoman for the Insurance Institute of Michigan in Lansing.

“After any loss, it is important to contact your agent immediately and advise them of the situation,” she says. 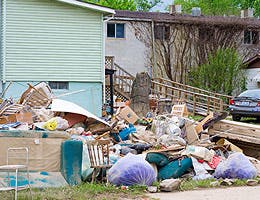 When a disaster has twisted and mangled your beloved home and treasured possessions, it can be heartrending. It’s understandable if you want to quickly clean up the mess and move on with your life.

But that can be a mistake. If feasible, don’t throw away any damaged items until an insurance adjuster has stopped by to survey the damage.

But preserving the debris might not be possible, for health or safety reasons. If you need to get rid of things fast, call your insurer first, Conarton says.

“Let them know if you need to discard any items, such as personal items that may be rotting or moldy or potentially dangerous, like broken glass,” she says.

Before throwing anything out, make sure you create a record of it, says Carole Walker, executive director of the Rocky Mountain Insurance Information Association.

Once you have proof of the damage to your home and its contents, move to the next step.

“If it’s just a partial loss and not burned to the foundation, we recommend people make temporary repairs to prevent further damage,” she says. 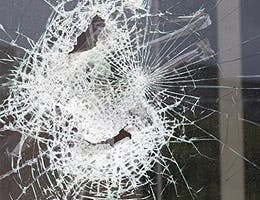 If a tornado or hurricane shatters your home’s windows or otherwise exposes your home to the elements, you will need to do some repair work to prevent further damage.

Failure to take these protective measures can add to your woes. Wilson cites the hypothetical example of a storm with strong winds that damages a home’s roof and windows but does not wreck anything inside.

“You don’t make an effort to cover the roof or windows, and four days after the windstorm, a horrible rain hits and ruins your furniture and TV,” Wilson says. “If you didn’t take action to make the repairs, some companies might deny or limit the new damage.”

“Most companies would reimburse for the temporary repairs following a loss,” he says.

Forgetting to keep your receipts 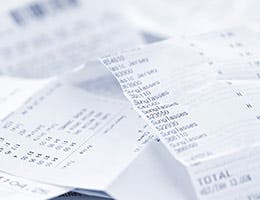 Saving your receipts is crucial to a successful disaster insurance claim. So don’t toss those little slips of paper that accumulate as you try to put your life back together.

“We’d say when in doubt, keep all receipts for the repairs,” Wilson says, adding that good records can speed up the claims process.

Most insurance companies also reimburse costs related to the “loss of use” of your home. If it’s temporarily inhabitable, make sure you retain receipts related to expenses such as hotel stays and car rentals.

Finally, remember that the time to start preparing for a disaster is long before it happens. If you undertake major renovation projects or buy expensive appliances or furnishings, make sure to tuck away all the paperwork somewhere safe.

The receipts not only serve as proof of purchase but also establish the value of your claim.

Not having a home inventory 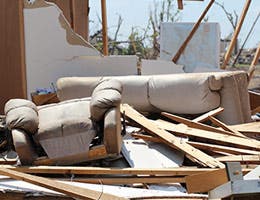 Trying to recreate a mental picture of the items inside your home can be difficult once a natural disaster has taken them away. A home inventory allows you to catalogue valuables and other belongings in a handy list.

“Before a loss is the best time to create a home inventory of your items,” Wilson says.

He recommends using a camcorder or cellphone to take images and video of items. The New York-based Insurance Information Institute also offers “Know Your Stuff,” a free online tool for creating a home inventory.

If you fail to keep an inventory and disaster subsequently strikes, you will need to do the best you can to recreate a comprehensive picture of the destroyed items. That can be difficult, Conarton says.

“After a loss, people are very stressed,” she says. “They may have a difficult time remembering everything they owned and how much they paid for it.”

Without an inventory, you’ll have to look through old photographs and watch home videos that can document items prior to their destruction. Or you’ll need to contact financial institutions such as banks and credit card issuers to obtain account statements that can help substantiate the value of your lost stuff.

Being blind to fraudulent behavior 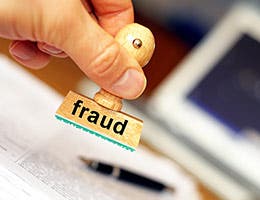 Sometimes, illegal and unethical behavior can blow up a disaster insurance claim.

“The biggest thing would be fraud,” Walker says. “We more often see that with disreputable contractors than homeowners.”

An example of such fraud might be phony hail marks made in a roof by a repair person eager to do the job. Such deception rarely works, Walker says.

“The adjusters can tell,” she says.

Walker urges homeowners to be on the lookout for shady contractors who tend to comb an area in search of business in the aftermath of a natural disaster.

Homeowners may be tempted to engage in their own fraudulent activity, such as exaggerating and padding a claim, says Frank Scafidi, spokesman for the National Insurance Crime Bureau.

For example: “A storm knocks over half a fence in your yard, but you go out and knock over the other half so that you can get a new fence or a higher payment from your insurance,” he says.

Walker warns that such behavior can negate your insurance claim — and possibly lead to more serious consequences.

“You could face criminal penalties as well,” she says.