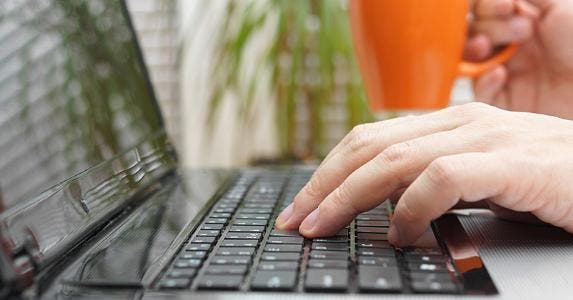 Some experts think so, in light of the explosion of online media, the proliferation of lawsuits against bloggers, and current First Amendment legal interpretations that protect some participants in the blogosphere but not others. Insurers have introduced special blogger liability policies.

“Once you become a publisher, you are no longer chatting with a neighbor across a backyard fence — you’re publishing to potentially hundreds of millions,” says Sandra Baron, executive director of the Media Law Resource Center, a New York-based nonprofit that tracks free press and free speech cases. “And once you take on that role, with it comes certain responsibilities.”

According to the center, there have been at least $17.4 million in court judgments to date against bloggers, typically for defamation, invasion of privacy and copyright infringement.

Baron suspects those court awards represent just the tip of a litigation iceberg, and that far more bloggers simply comply with cease-and-desist letters because they lack the money or a powerful media company to defend their posts.

“Many of them have never heard of libel law or invasion of privacy law — it’s never been explained to them. For them to be shocked or righteously indignant when somebody sues them is a sign of naivete,” she says. “The Internet is not a law-free state.”

Eric E. Johnson, an associate professor of law at the University of North Dakota School of Law, tries to spread that message through his “Blog Law Blog,” which charts legal actions against bloggers. While many view blogging as new, Johnson says it’s actually a throwback to the dawn of free speech and a free press in America.

“When the founders wrote in the Bill of Rights that Congress could make no law abridging the freedom of the press,” he says, “they were likely thinking of pamphleteers like Thomas Paine, self-publishers who had incredible power at the time. You can make an argument that the First Amendment, at its core, is about protecting bloggers.”

As America grew, print and broadcast news operations replaced pamphleteers. While the courts have generally been supportive of journalistic free speech, Johnson says it remains to be seen whether they will extend that same privilege to bloggers.

“For the most part, courts say that journalists don’t have any special rights that regular citizens don’t have — they can’t trespass or misrepresent themselves, for instance. Yet, there are countless examples where the courts have given journalists a great deal of slack,” he says. “To the extent that journalists get special favors under the law, the question is: Will bloggers get those benefits, too?”

Courts have been unpredictable

The courts did uphold Section 230 of the Communications Decency Act of 1996, which provides civil immunity for Internet service providers, or ISPs, that post the anonymous works of others. That ruling paved the way for YouTube, Facebook and Twitter and other online fixtures. Courts also have tossed out lawsuits against “shock jocks” and Internet ranters.

“If you’re putting half your post in capital letters with more than one exclamation point per sentence, a court might say, ‘No one is going to take this seriously,'” Johnson says.

But North American courts have been hesitant to automatically extend journalistic privileges to anonymous bloggers, as seen in a case a few years ago involving pro golfer Phil Mickelson. A Canadian ISP was ordered to divulge the name of an anonymous blogger who posted “vexatious comments” about Mickelson on a Yahoo site.

The verdict is still out on whether state journalistic shield laws will help bloggers in all cases, Baron says.

“I think anybody who is regularly publishing online and has their own blog should have insurance to back them up,” she says.

California-based CalSurance Associates has been among the first to recognize the growing need for legal defense and indemnity coverage for bloggers. In 2013, it launched BloggerShield after studying the potential market for a couple years.

“It was very apparent to us that (bloggers’) exposure was increasing and they needed an affordable product,” says Tom Hext, the chief technology officer for CalSurance’s parent company. “Plus, we wanted a policy that was just focused on the blog.”

By focusing on blogging’s four biggest risks — libel, slander, defamation and copyright infringement — BloggerShield offers coverage for $250 to $800 annually, providing up to $500,000 worth of coverage per year.

Another insurance product for bloggers is available through the advocacy and trade group the Authors Guild. The guild’s website says WriteInsure provides up to $1 million in liability protection and that even higher limits are available. Premiums vary; the first $2,500 to $5,000 of each covered claim must be paid out of pocket, similar to a deductible.

Homeowners insurance may offer an “endorsement” (add-on) providing special personal-injury coverage if a blogger is sued over a post. Another option might be an umbrella policy, which extends liability protection beyond the limits of standard insurance policies.

But if you’re making a living off blogging, “those umbrella policies are designed for homeowners,” Hext cautions, “so business may be excluded.”

He adds that you shouldn’t assume you’re protected by an employer’s liability coverage. “You’ve got to make sure it covers you for whatever it is you may write,” he says. “It also can depend on whether you’re an employee or an independent contractor.”

“A lot of bloggers don’t know about their exposure and don’t really even think about it,” he says. “Sure, the First Amendment is a defense. But you have to defend it. You’ve got to pay for an attorney who is going to argue for your right to free speech.”