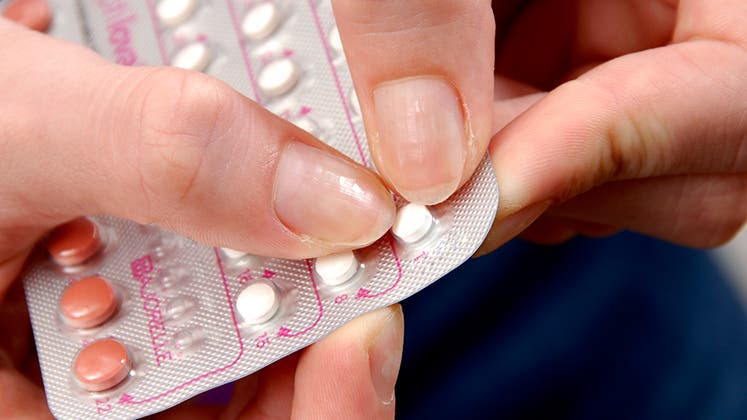 A recent Supreme Court decision involving the Hobby Lobby chain of arts and crafts stores created some uncertainty about health insurance coverage for birth control and Obamacare’s “contraceptive mandate.” That’s the provision in the Affordable Care Act that requires most health plans to cover birth control as part of preventive care.

The court’s ruling has raised all sorts of questions about access to birth control. Read on for the answers.

The short answer is no, but there are certain companies and organizations whose health plans don’t have to cover contraceptives.

Review quotes on health insurance for you and your family

Under the health care law, most insurance plans are required to cover contraceptive methods approved by the U.S. Food and Drug Administration at no charge to the patient. The law exempted plans offered by nonprofit religious organizations, and they must send a letter telling the federal government of their objections to providing birth control coverage. Then, arrangements are supposed to be made for women who work at those organizations to have access to free contraceptives either directly from the insurer or through a third-party administrator.

With its Hobby Lobby ruling, the Supreme Court provided a similar exemption to some for-profit companies.

What did the Supreme Court do?

The court ruled 5-4 that profit-making companies that are family owned and operated may ignore Obamacare’s contraceptive mandate on religious grounds.

Hobby Lobby does not object to all forms of birth control, but just four of the 20 categories approved by the FDA, including “emergency” contraceptive pills and intrauterine devices. The company’s health care plan still covers the other 16 types.

The Obama administration recently announced steps so women who work at Hobby Lobby and similar companies may continue to receive full, no-cost contraception coverage. The employers will have to submit a form to their insurers outlining their religious objections to some or all approved contraceptive methods. Then, the insurers will provide the coverage, with the government picking up the cost.

If I work for a company like Hobby Lobby and want birth control, what do I do?

Your options may be limited. You could try asking your doctor for samples of a birth control product, but that’s only a temporary solution, says Judy Waxman, vice president for health and reproductive rights at the National Women’s Law Center in Washington.

“How long would you get the samples? Forever?” she asks. “I don’t see that as a real viable choice, really, in the long run.”

It might be possible to get contraceptives from a free clinic, but — depending on your financial situation — you may not be eligible, she cautions.

“Free clinics only work for low-income women — that’s who they serve without charging them,” she says. If your pay is decent, you will probably be expected to pay out of pocket for your birth control, she adds.

Reach out to Planned Parenthood for help finding affordable birth control in your area, says Sarah Lipton-Lubet, director of reproductive health programs at the National Partnership for Women & Families in Washington.

“They will help you find a health care center near you where you can get access to affordable contraception,” she says.

I don’t work for a religious nonprofit or a family owned company with religious ties. Do I still have birth control coverage?

If you have health insurance through an employer that isn’t religiously affiliated, isn’t in Hobby Lobby’s category and has no objections to birth control, it’s likely you’re not affected by the Supreme Court’s decision. The same is true if you signed up for an Obamacare exchange plan.

Under the Affordable Care Act, most health insurance plans are required to cover — free of charge to patients — preventive services, which include approved contraceptives for women. Keep in mind that you may have to pay out of pocket for brand-name birth control, but if there is a generic, it will be covered.

What happens next? Could there be any other challenges to health insurance coverage for contraceptives?

Possibly. The United States Conference of Catholic Bishops has blasted the forms and letters that now may provide employees with contraceptives despite their employers’ objections.

“The mandate still applies and still requires provision of the objectionable coverage,” Archbishop Joseph E. Kurtz of Louisville, Kentucky, the president of the conference, says in a statement.

The Hobby Lobby ruling was meant to be limited in scope but reintroduces holes in coverage for those affected by it, says Deborah Chollet, a health insurance research leader at Mathematica Policy Research in Washington.

Women denied birth control coverage under the decision “are lacking insurance for a key benefit, and a benefit that they would use regularly,” she says.

Most women of childbearing age (88 percent) have used at least one form of birth control during their lifetime, according to the National Center for Health Statistics.