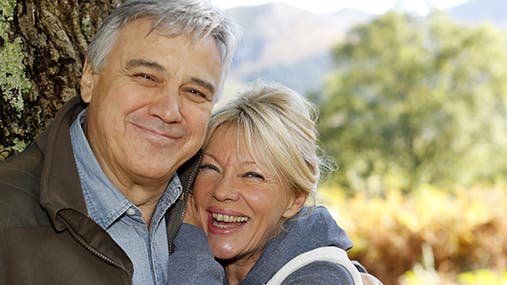 For many people younger than 50, long-term care insurance seems like something to defer to the future.

“Most people won’t ask about long-term care insurance at 45 — it won’t be on their radar,” says Rich Arzaga, a CFP, founder and CEO of Cornerstone Wealth Management in San Ramon, Calif. “They’ll ask about (long-term care) at the age of 55 or 60 when their parents are going through these issues. They don’t have the fear of reality until they’re over 55.”

Industry statistics back up this trend: The 45-to-54 demographic accounts for just more than 1 in 5 long-term care policies, while those 55 to 64 make up more than half of those buying the coverage, according to a 2010 report from the American Association for Long-Term Care Insurance.

Similar to a term life insurance policy, the earlier you lock in a long-term policy, the less it will cost over the long haul, says Wendy Boglioli, a spokeswoman for Genworth Financial, a major provider of long-term care policies.

Cost projections from Cornerstone Wealth Management show the value of adding long-term care to your portfolio at a younger age.

However, if at 50 they chose to buy a similar policy as the one they opted not to get five years earlier, the annual premium would be $3,797 each, and the net cost at age 80 would increase to $99,722, including applying the $14,180 in invested funds.

Waiting until 60 or later also increases your risk because you won’t have the coverage in place before you might need the care, Arzaga says.

The advantages of youth

Another incentive to start young with long-term care is the greater likelihood you’ll qualify.

Fewer than 1 in 10 of those younger than 50 is turned down for long-term care coverage, compared to nearly 25 percent of those 60 to 69 who are rejected and 45 percent of those ages 70 to 79, according to the American Association of Long-Term Care Insurance.

“The requirements get much more stringent when you get older,” says Edward Graves, associate professor of insurance at The American College in Bryn Mawr, Pa. “Any time after 60, (insurers) start tightening the window. The longer you procrastinate, the harder it is to get the coverage.”

For qualifying purposes, family history doesn’t matter, only your own health. But if you have a chronic condition, such as Parkinson’s disease or Alzheimer’s disease, you will be rejected, Boglioli says.

If you’re feeling tapped out from paying a mortgage, home, auto and life insurance, college tuition and other midlife expenses, you can purchase a so-called linked policy that combines long-term and life insurance.

You also can save money now by locking in a lower amount of care at a more affordable rate and “stacking” an additional policy when you’re older.

“You can always add another policy down the road if you want to increase benefits, but you will have to go through underwriting again,” Boglioli says.

Other factors that impact cost are whether you opt for an automatic inflation clause, the policy’s start date for care and the amount of your monthly benefit.

“Every single person has a different plan,” Boglioli says. “What some people want is going to be different from what I want.”

If it’s not cost holding you back from adding long-term care coverage, remember that such protection is a “big void” for people of all ages in that it’s not part of most health insurance policies, says Graves.

Yet, 4 in 10 of those getting long-term care insurance are 18 to 64, according to the U.S. Department of Health and Human Services’ National Clearinghouse for Long-Term Care Information.

“All of our health care coverage is aimed at acute care, and nothing is aimed at chronic care,” Graves says. “Anybody who has ‘Cadillac coverage’ under the current situation, if they end up with a lifelong limitation, their health coverage is not going to give them any help.”