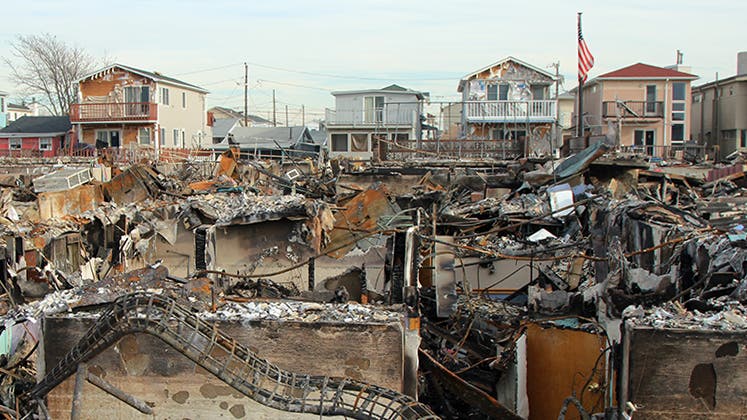 Chances are there’s a clause buried in your home insurance policy which, in certain catastrophic circumstances — such as a hurricane combined with a flood, or an earthquake compounded with a fire — could let your insurer completely off the hook and leave your home without protection just when you need it most.

The tongue-twisting “anti-concurrent causation clause,” or ACC for short, stipulates that when damage to your home is caused by a combination of hazards, and some are covered but others are not, your entire claim can be denied.

Home insurers maintain that the clause helps keep premiums in check. Consumer groups say it runs contrary to what we reasonably expect of insurance and should be banned. Court rulings have been mixed, tending to either uphold the contract language or reject it in the public interest.

A standard clause in most home insurance

Let’s look at the origins of the ACC, how it comes into play, why it has sparked consumer outrage and what you can do to keep your home insurance from suddenly being pulled out from under you.

The anti-concurrent causation clause began to turn up in home insurance contracts in the late 1980s after court decisions forced some insurers to pay for claims they did not anticipate covering, says Chris Hackett, director of personal lines policy for the Property Casualty Insurers Association of America, a Chicago-based trade group.

Where do you find the clause in your policy? “Normally, it comes in the form of what is called ‘lead-in language,’ which is a paragraph that precedes a whole list of exclusions,” Hackett says.

Today, it’s a standard part of most home policies, he says. The list of insurers who have had their ACC clauses tested in court includes The Hartford, Nationwide, State Farm and USAA.

A history reaching back to 1906

But the legal battling that gave way to anti-concurrent causation dates back more than a century, according to Rene Siemens, a partner in the Pillsbury law firm in Los Angeles who co-authored a brief history of the issue.

Prior to 9/11, Siemens writes, the largest casualty loss in the United States was the 1906 San Francisco earthquake and fire, which destroyed some 28,000 buildings. The city’s Real Estate Board promptly passed a proclamation that the disaster be referred to as “the great fire,” for which most residents had coverage, as opposed to an earthquake, for which most did not. 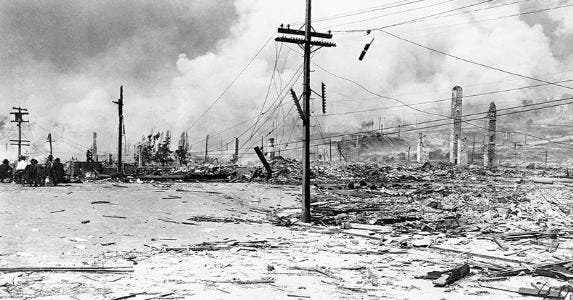 If that sounds familiar, it should: In 2012, East Coast states in the path of what had been Hurricane Sandy seized on its change in status to “Superstorm” Sandy in the hope of retaining wind and water coverage for homeowners whose policies excluded hurricane damage.

Courts divided over the ACC clause

In both catastrophes, as well as following Hurricane Katrina in 2005, policyholders who were denied coverage sued, prompting courts in the affected states to weigh the insurers’ right to define covered perils against the public’s reasonable expectation of insurance.

“The courts have been all over the map, frankly,” says Siemens. “Some have been very pro-policyholder, some very pro-insurance, and some of them fall somewhere in the middle.”

Hackett says just four states — California, North Dakota, Washington and West Virginia — have sided against anti-concurrent causation clauses, either banning them outright or by virtue of case law. Elsewhere, he says, the policy provision has not come into play very often.

“The ACC is only used in certain limited circumstances where it is very difficult to determine the cause of the loss, wind versus water being the most obvious example,” he says.

Consumer groups take issue with the ACC on several fronts, starting with the seemingly ambiguous definition of “concurrent” causation.

“I talked to one homeowner who had videos of his roof flying off, and there was no water anywhere,” recalls Bob Hunter, insurance director of the Consumer Federation of America. “Hours later, storm surge knocked down part of his house, and the (roof) damage was declared unpayable under the anti-concurrent causation clause. That’s ridiculous.”

Then there’s the gut-wrenching disbelief of homeowners who had no idea such a trap door existed in their policy. Maryland passed a post-Sandy law requiring insurers to notify and describe their ACC clause to policyholders annually.

“We’ve heard so many times after Sandy, ‘How is it possible that I paid insurance premiums for 30 years, and the worst thing that has ever happened to me just happened and I’m not seeing any insurance coverage?'” says Amy Bach, executive director of United Policyholders, a San Francisco-based insurance consumer group. “It just galls people, and it should.”

Hackett insists the solution is to increase consumer awareness and not interfere with sound insurance practices. He says homeowners need to understand how to insure for every possible peril.

“There is flood coverage through the National Flood Insurance Program and a few private insurance companies,” he says. “There are coverage options out there for water damage and earthquake.”

But Hunter, a former Texas insurance commissioner, disagrees and says state regulators should ban the ACC outright. Short of that, he says they should require insurers to provide a checklist to prospective customers that would allow them to opt out of the clause for a specific increase in their home insurance premium.

When you buy insurance, you expect to be protected, he says. “People don’t buy insurance to have risk left over at the end.”