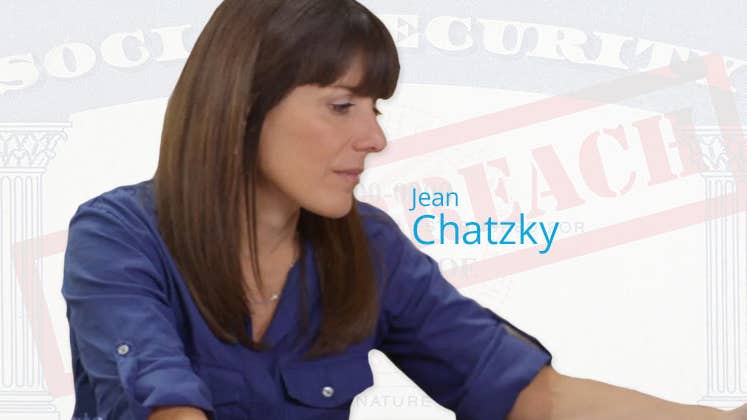 Despite hair-raising data breaches at Target, Ashley Madison and the big insurance company Anthem in the past few years, Americans aren’t as spooked today by the boogeyman stealing their identity as they once were, according to the latest Bankrate Money Pulse survey.

A majority of people (54%) indicate they are very or somewhat frightened of ID theft, but that’s down from 80% who expressed some or a great deal of concern in an April 2008 Bankrate survey. Meanwhile, 43% say they have little or no fear, compared with only 19% in the previous survey.

“I think the key word is ‘desensitized.’ It seems like every few weeks we read about a new massive data breach,” says John Ulzheimer, a nationally recognized credit expert who formerly worked at FICO and Equifax. “It’s almost like hearing a car alarm go off. Nobody listens anymore.”

But the specter of ID theft remains nearly the same as in 2008, when there were 12.5 million victims, according to statistics from Javelin Strategy & Research. In 2014, the number of victims was pegged at 12.7 million. And 46% of Americans report that they or somebody they know has been an ID theft victim, up from 34% in 2008, according to Bankrate’s surveys.

“The point is that our personal data is far more at risk from being compromised in a 3rd-party data breach than it is by someone breaking into our house and stealing documents,” Ulzheimer says. “How in the world am I supposed to protect myself when Target, Home Depot and Anthem can’t protect my data?”

Do you know what kills your credit score?

There is no silver bullet to breach-proof your data, but many Americans are following some smart practices in an effort to ward off ID theft.

“Best practices for protecting yourself against identity theft haven’t changed much since 2008,” says Rod Griffin, director of public education at Experian, which just experienced its own data breach, as hackers stole the personal information of 15 million people. Griffin offers 3 more ways to safeguard your identity:

Ulzheimer also recommends being careful with what you place on social media, especially personal information such as your birthdate. While you may garner dozens of well wishes on Facebook, you also have provided what Ulzheimer calls “1 of the 4 crowned jewels for an ID thief,” which include name, address, date of birth and Social Security number.

When the scariest happens

Those measures are not enough, however.

Ken Chaplin, senior vice president at the credit bureau TransUnion, recommends contacting the Federal Trade Commission and your local law enforcement agency to file a report. A police report is required to place an extended fraud alert on your credit reports.

Chaplin also says to contact all 3 credit reporting agencies and any companies you have a financial relationship with, such as banks and credit card companies. They may issue new cards or PINs to protect your accounts.

Continue to monitor your credit reports closely, even after the immediate fraud incident has passed. Contact any companies that pop up on your report that are unfamiliar to you.

“Prevention is the easiest way to curb identity theft,” Chaplin says. “Consumers should be vigilant of not just their accounts, but they should also keep a pulse on their credit report.”

Methodology: Bankrate’s Money Pulse survey was conducted Oct. 1 to 4 by Princeton Survey Research Associates International with a nationally representative sample of 1,000 adults living in the continental U.S. Telephone interviews were conducted in English and Spanish by landline (500) and cellphone (500, including 305 without a landline phone).

Statistical results are weighted to correct known demographic discrepancies. The margin of sampling error is plus or minus 3.8 percentage points for the complete set of data.