Is the timing right for a Fed rate hike? 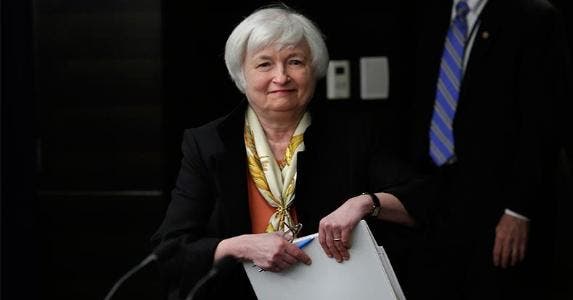 Grab the antacid bottle … in the convenient economy size.

The Federal Reserve’s rate-setting panel meets this week to hash out whether to make its first rate boost in 10 months (and only the 2nd since June 2006), and it’s enough to give investors indigestion.

“Will this be a September to remember?” asked John Canally, chief economic strategist of LPL Financial.

Indeed, it could be.

The Federal Open Market Committee has a window this month — almost 7 weeks before the presidential election — to raise interest rates by a quarter point from its current range of 0.25% to 0.5%. Its next meeting is just days before the election — too close to distract the nation from the vote with news of a rate hike.

Even September’s meeting is perilously close.

That hasn’t stopped Fed watchers from speculating on what will happen Wednesday to the federal funds rate, the rate at which banks and credit unions lend money to other institutions overnight.

Here are a few points that the FOMC is likely to weigh:

The Fed is getting a lot of feedback without asking for it, and there are advocates in both camps – no hike, yes hike.

Views from the Fed

Federal Reserve Chair Janet Yellen ended August in picturesque Jackson Hole, Wyoming, saying solid improvement in the labor market and the Fed’s outlook for economic activity made a better case for raising rates (that was before the latest jobs report wasn’t a wowzer).

On Sept. 9, Eric Rosengren, Fed bank president in Boston, said, “A reasonable case can be made for continuing to pursue a gradual normalization of monetary policy,” throwing the market into a tizzy.

Three days later, Minneapolis Fed President Neel Kashkari said there was no urgency to raise rates. That same day, Fed Governor Lael Brainard cautioned against moving too quickly on rates, citing concerns about the global economy and its potential impact on the U.S.

As a result of the two-faction Fed, Alan MacEachin, Navy Federal Credit Union corporate economist, says the FOMC meeting should be a contentious one.

“I expect to see more dissenters than usual as there appears to be solid arguments for both sides,” he says.

Outside the Fed, there are plenty of opinions on the direction of the Fed.

The arguments for a boost aren’t solid enough to raise rates, says David Beckwith, a senior research fellow with the Program on Monetary Policy at the Mercatus Center of George Mason University.

“When the Fed raises interest rates, it also raises the value of the dollar. A large swath of the global economy either has currency tied to the dollar, transacts in dollars or holds dollar-denominated debt,” he says.

When the Fed raises interest rates, it also raises the value of the dollar.

When the Fed raised rates in December last year, it slowed the global economy.

“The Fed is fearful of repeating that mistake,” Beckwith says. “The Fed raising interest rates would be fighting against this global force.”

Victor Li, associate professor of economics at Villanova University, says the September decision is a lot closer than most observers think. He sees a hike in December but can see how the Fed might not want to risk an environment ripe for “moral hazard.”

In such a scenario, a glut of cheap money makes for lax lending scrutiny, a worry grounded in the 2008 housing bubble.

Among the pro rate hikers, Steve Rick, chief economist of CUNA Mutual Group, says there’s no time like the present to give rates a small nudge.

“After this extremely prolonged period of near-zero interest rates, it’s time for savers to start seeing extra income from their deposits again,” he says.

Manufacturing employment has fallen since January. Grain farmers, and the railroads that ship their grain, have suffered from weak commodity prices.

“If the economy grew any slower, unemployment would have to start rising,” Spriggs says.

Based on the last Fed statement in July, the FOMC likely will be looking for some sign of worsening conditions.

“They would like to see more improvement in labor conditions and indications of increasing inflation pressures,” says Tom Cassidy, chief investment officer of wealth management at Univest Corp.

The Fed shouldn’t feel compelled to raise rates just because it hasn’t boosted them in months.

The index is based on federal fund futures prices. With that reading, it doesn’t seem like the Fed is being pressed to make a rate change.

A recent Bankrate survey found that a majority of Americans see the upcoming election — not the stock market or a rate hike — as the biggest threat to the economy.

“With 61% of Americans citing the election as the biggest threat to the economy in the next 6 months, the Fed has all the justification it needs to hold off until at least December,” McBride says.