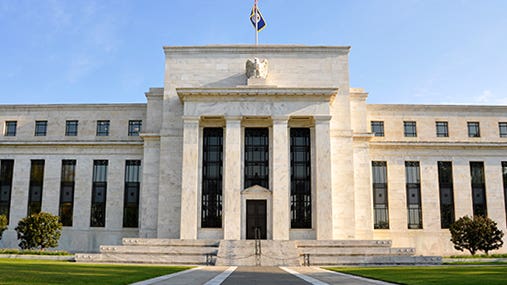 The Federal Reserve’s policymaking group is likely to continue wrangling over the pace of tapering during its meeting this week, say economists and others who watch the goings-on of the central bank of the United States.

While the rate of the pullback on the Fed’s monthly bond-buying program — known as “quantitative easing” — will be a topic of discussion, the meeting Tuesday and Wednesday may be relatively quiet as the Federal Open Market Committee focuses on parsing how well the economy is recovering.

Things change but stay the same

This week’s FOMC meeting will be the first with Fed Chair Janet Yellen at the helm since she took over for Ben Bernanke last month. Yellen, like her predecessor, has been saying that the economy is recovering from the recession but that there’s still further to go.

“The official statement is likely to remain on track after the March meeting, which means tapering but still being accommodative and supportive of economic growth,” says Lynn Reaser, chief economist at Point Loma Nazarene University in San Diego.

Harsh winter weather may be obscuring the true state of the U.S. economy, a factor the FOMC must consider as it decides what to do next.

In the past few weeks, some economic indicators came in weaker than expected. Many chalk that up to bad weather in much of the country at the beginning of the year. Still, committee members are likely to spend time considering whether all the economic slowdown can be traced to the snow.

“There’s a debate about how much of the slowdown in job creation (and) manufacturing orders we should attribute to weather-related factors and how much of it … shows a slowing economy underneath,” says Robert Shapiro, chairman of economic advisory firm Sonecon LLC and a former undersecretary of commerce for economic affairs.

Shapiro says the question is whether the FOMC will change the pace of the taper if it thinks the growth looks less solid now. However, he says he thinks at worst the data is showing a pause in the recovery and that Yellen and some of the other committee members have a similar confidence in the strength of the economic recovery.

For instance, Charles Plosser, president of the Federal Reserve Bank of Philadelphia, said in a March 10 speech that the weaker economic indicators should not cause the Fed to pause the taper. Instead, he has suggested that an acceleration of the taper may be needed as the economy improves.

“In recent weeks, there has been a blizzard of economic reports, which have come in weaker than expected,” Plosser said in a speech in Paris. “I believe that weakness largely reflects the severe winter weather, rather than a frozen recovery. So, we must be wary of attaching too much significance to the latest numbers.”

The taper so far

The Fed has gone through three rounds of “quantitative easing” in an attempt to stimulate the economy, buying up assets in order to pump money into the economy and to help reduce interest rates even more. QE3 was announced in September 2012, with the Fed saying it would continue the program until the outlook for the labor market started improving substantially.

The taper to come

Paul Edelstein, director of financial economics at IHS Global Insight, calls it a “foregone conclusion” that the Fed will continue its taper, probably reducing bond purchases by another $10 billion. “The taper is sort of a fait accompli,” he says.

Dwight Johnston, chief economist of the California and Nevada Credit Union Leagues, says he expects some FOMC members to start calling for the Fed “to get out of the security-buying business at a much faster pace” as the economy improves. However, he says he doesn’t expect to see much acceleration in the pace of the tapering until “the thaw happens.”

Edelstein says one of the bigger discussions at this meeting may revolve around the Fed’s published guidance on when interest rates will eventually rise.

The phrasing of the guidance is important because it helps provide clues to investors about the future of interest rates.

The Fed has said in recent months that it will likely keep the low federal funds rate “well past the time” the unemployment rate drops below 6.5 percent. The U.S. unemployment rate is close to that threshold, although it did go up slightly to 6.7 percent in February from 6.6 percent in January.

Will they make the change this meeting?

William Dudley, president of the Federal Reserve Bank of New York, said in an interview with The Wall Street Journal that this month’s meeting would be a “reasonable time to revamp (the forward guidance) statement to take out that 6.5 percent threshold because it’s not really providing any great value.”

Edelstein says that if the FOMC members cannot agree on what to do with forward guidance, they may wait another meeting to make any changes, but says a change is coming soon.

“The language, at best, is obsolete, and at worst is confusing to markets,” Edelstein says. “They’re going to have to fix that.”