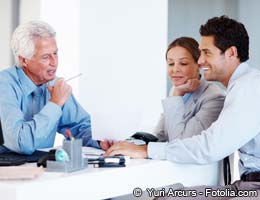 The decision last week by the Federal Open Market Committee to project low interest rates by an additional year into 2014 is groundbreaking, marking the first time the central bank has projected rate plans that far out.

Why the change? It’s part of the Federal Reserve’s plan to open up its decision-making process.

But the Fed also has a more immediate goal of driving down interest rates, including rates on consumer financial products, says Andrew Busch, Chicago-based global currency and public policy strategist at BMO Capital.

“The Fed is playing a game here. It’s trying to manipulate the market’s expectations,” Busch says. “It’s trying to generate activity by the market to buy bonds and lower interest rates.”

The Fed’s move keeps the federal funds rate near zero percent, dating back to December 2008, and it is showing some results in the bond market. Rates on the 10-year Treasury immediately dropped a few basis points.

That should act to lower rates on consumer financial products such as mortgages and auto loans, says Troy Davig, a senior U.S. economist for Barclays Capital based in New York.

To give you an idea of how financial products will be affected, read on.