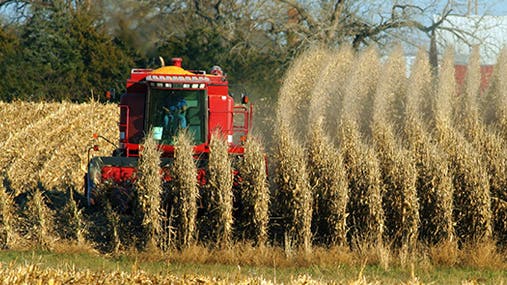 States with the highest GDP growth

The Great Recession wasn’t followed by a great recovery, unfortunately. But there are some bright spots. A handful of states have soared economically during the past few years, booming while some of their neighbors struggle to grow.

Each has its own success story. With few exceptions, though, they seem to have been sparked by the same primary ingredient: fossil fuels.

Surging oil and gasoline prices, a domestic drilling boom, and growing world energy demand have helped energy-rich states outpace the country’s 7.3 percent gross domestic product growth from 2007 to 2011. Other sectors have contributed, too, such as agriculture, health care and government.

In order, here are the top-performing states in terms of GDP, according to the Bureau of Economic Analysis. 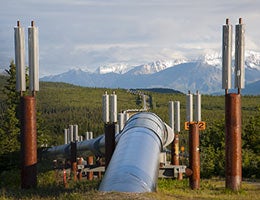 State government workers haven’t had to worry about their jobs in Alaska.

“We didn’t have to furlough any workers during the recession,” says Alyssa Shanks, an economist with the state’s Department of Labor and Workforce Development.

Specifically, moving oil. Between 2007 and 2011, the pipeline transportation industry made up about 22 percent of the state’s $6.7 billion GDP growth — the largest share of any industry in the state.

Alaska’s state government, which gets more than 85 percent of its tax revenue from the oil industry, also contributed to Alaska’s economic growth. 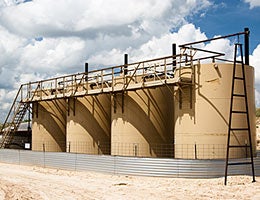 Ever since the Spindletop gusher spewed oil more than a century ago, oil has been a big part of the Texas economy. That was no different during the recession.

Like the other states on this list, Texas owes much of its recent economic success to its petroleum underfoot. Oil production has nearly doubled in the Lone Star State from 2007 to 2012 according to federal data.

“We have an oil boom in the state,” Dallas Federal Reserve senior economist Pia Orrenius says. “And that affects everything, including petrochemicals, finance and real estate.”

Another big contributor is immigration. Between 2000 and 2010, Texas’ population grew by nearly 4.3 million — more than any other state, according to Census data. “And if you have all that growth, then you have the expansion of government — we see growth in education and health care,” Orrenius says. 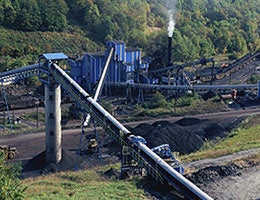 According to the Energy Information Administration, the Mountain State in 2011 had 273 mines (second only to Kentucky’s 400) and produced more than 135 million short tons of coal (second only to Wyoming, which had more than 439 million).

While coal prices rose from $16.78 per short ton in 2000 to $36.91 in 2011, state tax collections from the coal industry rose from less than $200 million to nearly $500 million in that time, according to West Virginia revenue statistics.

U.S. coal demand has slowed down in recent years as power plants switch to natural gas. Coal companies are trying to make up for the decline by exporting to China, Europe and other countries. Meanwhile, the state’s natural gas production was at an all-time high of 394.1 billion cubic feet in 2011, according to the Energy Information Administration.

The Cornhusker State’s economy has long been dominated by (you guessed it) corn. Between 2007 and 2011, in fact, about 22 cents of every dollar in the state’s economy came from Nebraska’s vast corn fields and farms.

Corn remains a dominant component of the state’s economy because of the country’s push to embrace corn-based ethanol as an alternative to fossil fuels.

“Really, ethanol has been a big part of the demand for corn,” Roger Wilson, an economist at the University of Nebraska-Lincoln’s Institute of Agriculture & Natural Resources.

Since 2005, when the federal government mandated that gasoline contain ethanol, corn prices have tripled from $2 to $6 per bushel from the 2005-2006 market year to the 2011-2012 market year, according to the U.S. Department of Agriculture. And with more irrigated farmland than any other state, Nebraska is well-equipped to supply crops to the rest of the U.S.

The demand for corn also has pushed up prices for other crops, Wilson says. “If corn seems to be more profitable, more land is used for it. It means less land for other crops,” he says. “And if the supply of those crops goes down, the price goes up.” 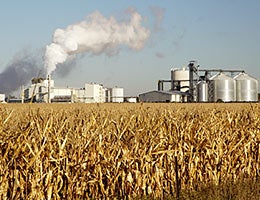 Much like its neighbor to the south, South Dakota’s economy is grown on the farm.

In the Mount Rushmore State, agriculture was the biggest part of the state’s GDP growth since 2007.

“But that’s probably not due to regular demand for food to eat,” South Dakota State University economist Matthew Diersen says.

Diersen believes it’s likely that a big part of the growth comes from corn becoming linked to fuel.

According to a 2010 report from the Department of Energy, South Dakota’s corn and ethanol production was the fifth-largest in the country.

Besides food, health care has also been a driver for South Dakota’s economy. Its health care system, which offers more hospital beds per capita than any other state, has been buoyed recently by a $400 million donation by United National Corp. CEO Thomas Denny Sanford. 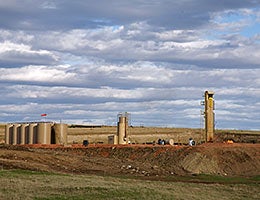 During the past few years, no state has had a better run than North Dakota. The Peace Garden State sits atop layers of oil-soaked rock called the Bakken formation, which is highly coveted by the petroleum industry. Drillers have poured into the state during the past few years, bringing thousands of jobs, paying billions of dollars in state taxes, and encouraging the growth of hotels, restaurants and numerous other businesses.

In 2009, when the nation was in recession, the unemployment rate was 9.3 percent. In North Dakota, it was less than half that at 4.1 percent. It’s dropped even further this year to 3.2 percent, according to the Bureau of Labor Statistics. That’s the lowest rate in the country.

The wholesale trade and real estate sectors have boomed alongside the state’s mining sector — making up 9 percent and 12 percent of the growth, respectively.

In 2012, North Dakota surpassed California and Alaska to become the No. 2 oil producer in the country behind Texas, according to government data.