It gets better and better for drivers

We’re not about to see the end of the road for cheap gasoline.

The typical American household spent about $1,120 less on gas last year than in 2014, according to the Oil Price Information Service, and the savings are unlikely to end there. You can expect to pay even less for fuel in 2016.

The government says the national average price for a gallon of gas is expected to drop by another 18.5% this year. The federal Energy Information Administration says we’ll pay an average of $1.98 per gallon throughout the year, the lowest in 12 years. The agency says we paid an average of $2.43 in 2015.

Auto club AAA says motorists in most states are paying less than $2, on average, for a gallon of regular this winter. AAA says while we may see seasonal ups and downs, gas prices nationwide are unlikely to push above $3 during 2016.

You can thank a variety of market forces that are working together to keep prices down. Here are 4 of the main reasons that driving is likely to become even more of a bargain in the months ahead. 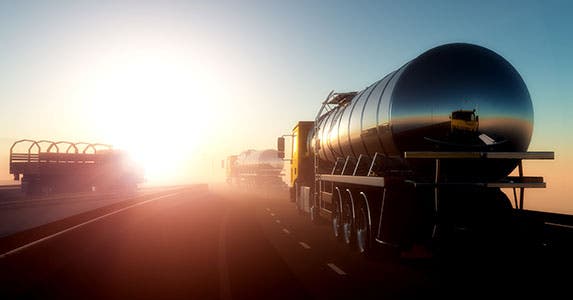 A fundamental factor causing your gas prices to rise or fall is the fluctuation in the price of crude oil. U.S. refineries buy several million barrels of oil every day to supply the world’s biggest economy, so even small price changes make a big difference.

When crude oil prices go up or down, gas prices tend to follow. And, oil prices have seen a stunning decline since peaking at around $105 a barrel in mid-2014.

Oil prices have been falling for several reasons, including weaker growth in global oil demand and bulging supplies. Members of the Organization of the Petroleum Exporting Countries, or OPEC, have refused to cut production and instead have pushed it to the highest levels in years.

Overall, government energy forecasters expect crude prices to keep spiraling lower in 2016. The Energy Information Administration says the U.S. benchmark price could drop to an average of $37.59 per barrel over the course of 2016 — a nearly 23% discount from 2015. That means refineries would pay less for crude oil, and at least some of that savings would be passed on to drivers in the form of cheaper gasoline.

It’s not just OPEC. The U.S. oil industry also has been pushing production to “11,” to borrow from Nigel Tufnel in the mockumentary “This Is Spinal Tap.” Thanks to new drilling in the Gulf of Mexico and the increased use of techniques like hydraulic fracturing, or “fracking,” on land, the U.S. is awash in crude.

Domestic oil production has increased every year since 2008, which has pushed U.S. crude oil stockpiles this winter to their highest levels in 80 years and has contributed to a growing world supply. Meanwhile, American refineries have been buying fewer barrels of more expensive foreign crudes.

The government expects domestic production to decline, from an estimated 9.43 million barrels a day in 2015 to a projected 8.69 million per day this year. But for now, the increased oil supply in the U.S. is helping to push oil and gasoline prices down. 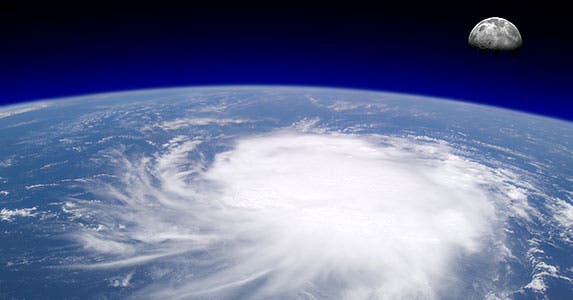 Reason No. 3: No major disasters

The Gulf of Mexico is home to some of the most promising oil fields in the world. It’s also especially vulnerable to hurricanes.

That makes the Gulf a rich and perilous place for satisfying America’s energy needs. But the region hasn’t seen much hurricane activity in a while, and that has contributed to declining gasoline prices.

A well-placed storm can cripple thousands of oil rigs in a weekend, and occasionally one does. Gas prices usually spike in reaction, as nervous refineries and petroleum traders gauge how long the supply disruption will last.

For example, in August 2012, gasoline prices surged as Hurricane Isaac whipped through the Gulf and shuttered 1.3 million barrels per day of refining capacity. In 2005, gas prices jumped more than 46 cents in the week after Hurricane Katrina made landfall, according to government data.

Mother Nature continued to give the Gulf a break in 2015. Hurricane forecasters at Colorado State University say the Atlantic saw only 4 hurricanes, including 2 major ones, and none of them came near U.S. oil facilities in the Gulf of Mexico. 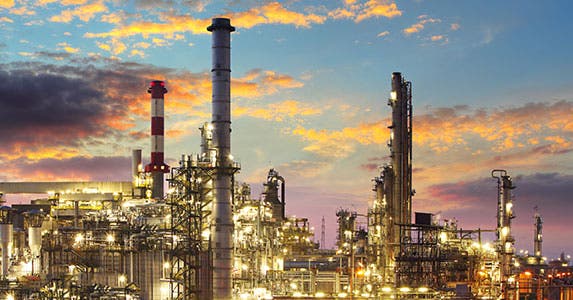 Reason No. 4: Cheaper blends in winter

Did you know that there are many different recipes for gasoline? Thanks to varying state and local regulations, your neighborhood pump probably sells a different blend of gas than pumps in other states. And there are seasonal varieties, too: summer gasoline and winter gasoline.

Every September, the government starts to ease off clean-air standards for oil refineries, allowing them to make gasoline with cheaper hydrocarbons like butane. Refineries would love to benefit from the cost savings, but they usually don’t. Petroleum traders know they can buy gasoline at lower prices without hurting the refinery’s profits, and prices usually drop in response, says Tom Kloza, the chief oil analyst at GasBuddy.com.

Refineries usually begin making cheaper “winter-blend” gasoline between September and October every year. Americans will pump it into their tanks until spring.