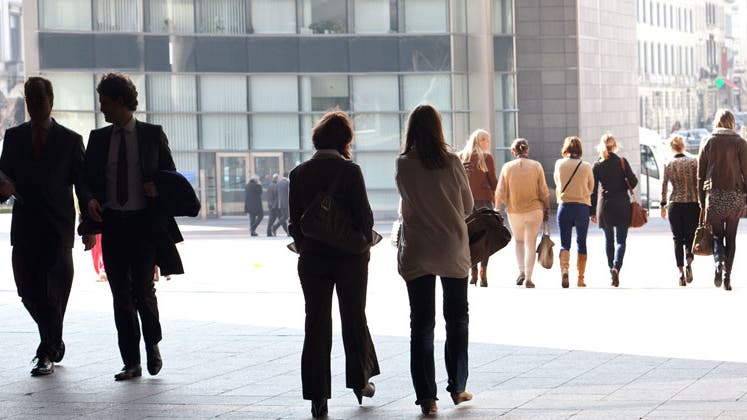 It’s time to start feeling optimistic about the job market, and one reason is that Americans’ paychecks could start getting fatter soon, according to the latest Bankrate Economic Indicator survey of top U.S. economists. The experts expect an increased pace of hiring and an unemployment rate below 6 percent one year from now, plus they look for the improving jobs situation to translate to a pickup in wage growth.

At the same time, the more than two dozen economists who responded to the third-quarter survey see risks to the U.S. posed by turmoil overseas.

Even while the overwhelming majority of the group looks for an interest rate hike in 2015, about half the economists fear the Federal Reserve is already behind the curve in guarding against potential inflation.

“Wages have finally started to show some upward movement, which is a trend that should continue as long as job creation keeps improving and unemployment continues falling. Labor shortages are already driving up wages in areas of the country enjoying the fruits of energy and construction revivals.”

“Looking beyond headline unemployment reveals soft spots in the labor market indicating ongoing slack that will rein in any acceleration of wage growth.”

“Is the Fed falling behind the curve? Yes! They have definitely laid the groundwork for an outbreak of inflation if and when the economy’s growth rate picks up.”

“Is the Fed’s approach a concern? No. Economic growth has been inconsistent, running low, on average. The labor market is weaker than the unemployment rate suggests, given the low participation rate and high rates of under-employed persons. Inflation has been running low in response to slow growth and low labor demand.”

“Both international crises (in the Middle East and Ukraine) are headwinds, but I don’t expect that they will derail expansion.”

“Increasing uncertainty of the scale caused by these two regions will dampen economic growth prospects on the global economy. The U.S. will feel it, but not as strongly as Europe.”