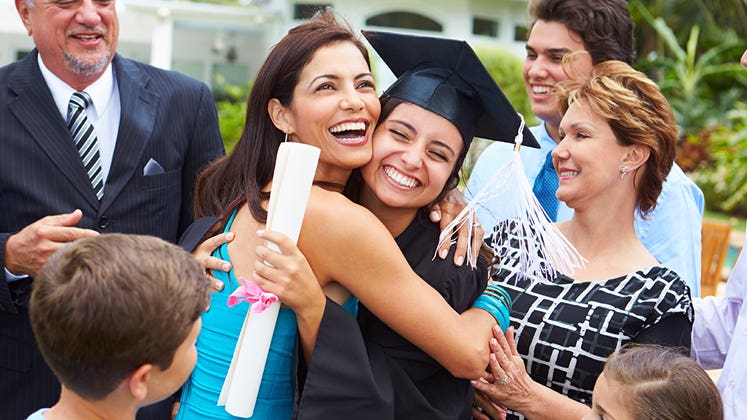 Economists are overwhelmingly optimistic about job prospects for this year’s class of college graduates, though the experts have grown less hopeful about hiring in general, according to the Bankrate Economic Indicator survey.

Our second-quarter poll of more than two dozen leading private economists also finds that while forecasters believe it’s very likely the Federal Reserve will raise interest rates this fall, the notion that the Fed could wait until 2016 is becoming more popular. A delay would not be welcomed by savers eager for better yields, but it could be good for borrowers concerned about rising costs.

The survey is generally positive. Unemployment is expected to keep falling, and panel members say rising interest rates will have the silver lining of encouraging more people to buy homes, at least initially.

On the downside, tight credit is identified as the key reason why the housing market isn’t doing better.

The job market: The experts expect the unemployment rate to fall to 5 percent one year from now, compared with April’s rate of 5.4 percent. Predictions ranged from 4.7 to 5.7 percent. As for the pace of hiring, the economists look for slightly less than what they thought previously. The average of the forecasts is for monthly job gains of 219,000 one year from now, compared with an average forecast of 236,000 in our first-quarter survey.

Outlook for new college grads: Here, the news is quite upbeat. Eighty-eight percent of the economists surveyed see a better employment outlook for the graduating class of 2015, compared with past years. Another 8 percent say it is unchanged, while just 4 percent say the job market is worse for grads this year. Still, graduates “should scale back their expectations for their first paychecks,” notes Lynn Reaser, chief economist at Point Loma Nazarene University in San Diego. 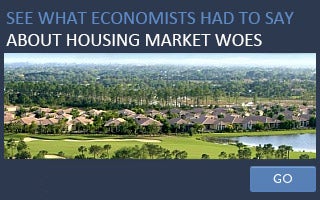 Economic growth: After a weak start to the year, the economists have become slightly more pessimistic about growth. On average, they expect the gross domestic product to grow over the next 12 months at an annual rate of 2.77 percent, compared with nearly 2.9 percent in our first-quarter survey. The range among the respondents was 1.8-3.3 percent. “I expect GDP growth to accelerate from the current slow pace, but it likely won’t reach the 3 percent-plus levels that prevailed before the Great Recession,” says Alan MacEachin, corporate economist for Navy Federal Credit Union.

Federal Reserve: Look for a rate hike coming in the third quarter of this year, according to a majority of the economists. Many think it will happen in September. At the same time, a growing number of respondents think the Fed could wait until 2016 to pull the trigger: 24 percent believe that now, compared with just 16 percent in our first-quarter survey.

Where rates top out: When we asked where the Fed’s federal funds rate will eventually peak in the upcoming rate-raising cycle, some 64 percent of the experts said it will top out between 3 and 4 percent. But responses ranged from a low of 1 percent to a high of 5 percent. Sean Snaith, director of the Institute for Economic Competitiveness at the University of Central Florida’s College of Business Administration, sees the top in the mid-3 percent area. “The magnitude and timing of federal funds rate hikes will be measured and drawn out, thus longer rates will rise gradually,” he says.

Bond market: On average, the economists see the 10-year Treasury yielding 2.78 percent a year from now. That’s up from 2.67 percent in our first-quarter survey. Responses in the current survey had the 10-year ranging anywhere from 2 to 3.7 percent 12 months from now.

The housing market: When the economists were asked why the housing market is relatively weak, the most common reason — cited by 32 percent — was tight credit. Brown University’s David Wyss sees other issues. “The demographics aren’t supporting the sale of the large suburban houses that are on the market, and older households are afraid of buying second homes or retirement properties,” he says.

We also wondered what impact Federal Reserve rate hikes would have on the housing market. Slightly more than half of the economists believe the effect will be to get buyers off the fence. But 24 percent fear higher rates will lead to a housing slowdown. Four percent say both scenarios will happen: Buyers will react positively at first before the market slows.