The year may be off to a tumultuous start in world markets, but that’s unlikely to translate into a recession for the U.S. this year, according to leading economic analysts polled by Bankrate. And that Fed rate-hiking spree you were worried about? It’s probably at least a few months off.

In the Bankrate Economic Indicator survey for the first quarter of 2016, economists’ expectations for growth over the next year and improvement in the job market are more restrained than in past surveys. But an overwhelming majority think it’s more likely than not that the current economic expansion, which began in mid-2009, will continue. 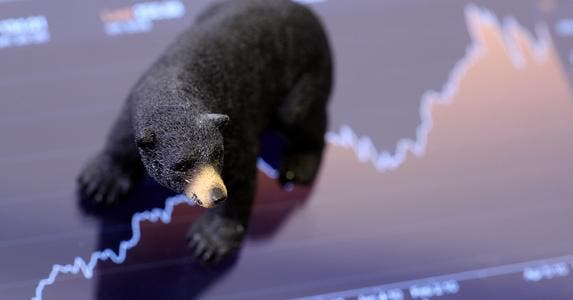 Asking economists: What are the odds of a recession in the next year and a half?

“A number of economic measures indicate that we may be, more or less, at mid-cycle, with room to grow and the underlying momentum to do so,” says economist Satyam Panday of Standard & Poor’s Ratings Services.

Recession risks: There’s no doubt that the current economic cycle has had a good run, approaching its 7th anniversary this summer. But while the risks may be elevated, the economists think the odds of a recession or contraction in the next 12 to 18 months are still fairly low, at 24% on average.

Among those on the higher side of recession forecasts is Nayantara Hensel, former chief economist, Department of the Navy. She cites “slow growth overseas, which will lead to slower growth in U.S. exports, as well as reduced manufacturing due to slower consumption growth and concerns about job market uncertainty.”

Hensel isn’t alone in believing the economy could turn south.

“Given the length of the current bull market and economic expansion, the performance of the financial markets collectively, and the deterioration in some indicators that lead economic activity, it is not too early to consider it a stronger possibility,” says Hugh Johnson, chairman and chief investment officer, Hugh Johnson Advisors. He put recession odds at 30%.

All but one of the experts responding said the odds were below 50%. As for the possible cause of a downturn, the slowdown in China was the top answer (from about a third of the respondents) from among the possible causes we asked about. After that came the stock market’s decline and the Federal Reserve’s actions.

Federal Reserve: In keeping with what they predicted 3 months ago, most of our economists still believe that another interest rate hike is coming in the first half of this year, but only 17% believe it will happen in March or April.

Reaser is among the solid majority of the economists, 59%, who look for the next move in June.

Overall, the percentage of respondents who see a 1st-half rate hike slipped slightly, falling from 81% in our last survey to 72% now. Another 21% believe, instead, that the next rate hike is coming in the 2nd half of the year, with the remainder expecting the Fed to hold off next year.

A Fed mistake?: Most of the experts in our survey still think the Fed’s December rate hike was the right thing to do, including Diane Swonk, chief economist at Diane Swonk & Associates.

“I fear the message that financial markets would have gotten — if they had not raised rates — would have been even more worrisome,” Swonk says.

Not all economists agree, however. The December hike was “wrong, wrong, wrong,” says Robert Brusca, chief economist at FAO Economics and one of the 17% of respondents who believe it was a mistake.

“The Fed has/had not met its objectives for inflation,” Brusca says. “Clearly inflation is lagging the Fed’s mandate. Making policy for the intermediate terms only makes sense if you can forecast well.”

Job market: The economists believe hiring will remain steady over the next year with the average monthly growth in payrolls put at 187,000. That’s lower than what the economists have told us in previous quarters and also below the pace of job growth over the past year, which was above 220,000 positions added a month.

As for the unemployment rate, not much change is expected there over the next year. The average among the economists is put at 4.8% a year down the road, compared with the 4.9% rate reported for January. Still, we’re at levels considered close to “full employment.”

“Despite all the volatility in the financial markets, the U.S. economy remains on solid ground,” says Bernard Baumohl, chief global economist at The Economic Outlook Group.

Economic growth: The outlook for growth remains fairly subdued and down from previous surveys. The average for annualized gross domestic product, or GDP, over the next year came in at 2.25%. About three-quarters of the group see growth averaging 2.5% or less in the next 12 months.

“Business investment is hampered by the decline in the energy sector, but effect should diminish. The question is whether consumers will get spooked by the stock market’s wild ride in Q1,” says Amy Crews Cutts, chief economist for Equifax.

“Volatility in the stock market is likely to continue as the economy adjusts to permanent downsizing in the energy sector and China’s dramatic slowdown. Investors will flee to bonds for safety until the picture clarifies,” says Seth Harris, a distinguished scholar at Cornell University’s School of Industrial & Labor Relations and counsel at global law firm Dentons. Harris’ own forecast for the year is for the yield to be at 2%, close to where it has been recently.

The average forecast for the yield a year from now is 2.46%, up from current levels, but down compared with estimates of 2.89% in the last survey and 2.92% in the 3rd quarter’s survey. The 10-year Treasury yield serves as a basis for mortgage interest rates and also is a gauge of overall investor confidence.