3 things to know about debt and the statute of limitations 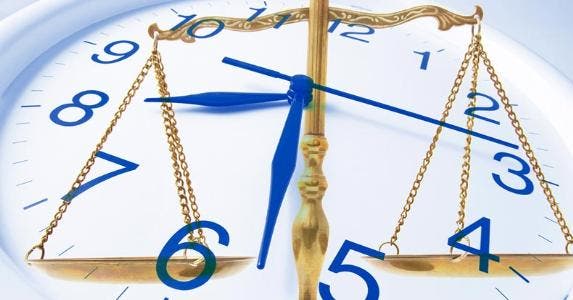 The statute of limitations is a law that protects consumers when they are contacted by a collection agency about an old debt.

The statute varies from state to state. But once a debt passes beyond the number of years in your state’s statute of limitations, a debt collector no longer has the right to sue you for payment.

However, there are other implications to consider, including your credit score.

Be sure to check your mail for correspondence regarding the debt. Consumers should not ignore a court summons and complaint from a court that involves their debt, says Mark A. Bross, an attorney in Boston.

“Consult with an attorney about the best way to proceed. But even if you represent yourself, answer the complaint and/or move to dismiss,” he says.

Read on for more about issues facing consumers, including how to deal with old debt and what protections are afforded by the statute of limitations.

How should you communicate with a debt collector?

If the debt has outlasted the statute of limitations and the consumer doesn’t want to be bothered, he or she has the power to stop the debt collector from communicating with that person.

“A consumer can send out a ‘cease and desist’ letter telling the debt collector to stop contacting them,” says Michael A. Ziegler, an attorney in Clearwater, Florida. “The letter should be sent by certified mail with a return receipt, and the consumer should keep a copy of the letter.”

Sending a “cease” letter doesn’t make the debt go away, but a debt collector is required to stop communicating with the consumer once the letter is received, Ziegler says.

A debt collector can’t sue you on a time-barred debt, but he or she can still try to collect on the debt, Ziegler says.

“That doesn’t prevent less scrupulous debt collectors from filing unsupported lawsuits in the hope that consumers won’t respond, or that the consumer will be scared into making a payment,” Ziegler says.

Should you still repay a time-barred debt?

“But there are some situations where a consumer may want to voluntarily pay on an old debt. For example, if the debt was for a doctor’s office and the consumer wants to work with that doctor again, then it may make sense to pay on the old debt, even if it is passed the statute of limitations,” he says.

Another reason you may want to pay a time-barred debt: If you don’t pay a debt, it may make it harder or more expensive to get credit, insurance or other services because not paying may lower your credit score.

Are you worried about your credit score? Check it for free at myBankrate.

What if efforts by collectors go too far?

“Under the Fair Debt Collection Practices Act (FDCPA) and similar state laws, a consumer may be entitled to sue a debt collector for harassment and illegal debt collection activities, even if the consumer owes money,” Ziegler says.

What do old debts mean for your credit report?

“Debt collection statutes of limitation are determined by the state you lived in when the debt was incurred. Whether or not a debt is time-barred is irrelevant to credit reporting,” Black says.

Attorney Bross says negative items come off after 7 years, except for bankruptcy, which can stay on your credit report for 10 years under the Fair Credit Reporting Act.

If the statute of limitations has yet to expire, repaying the old debt is the one sure way to stay out of court and improve your credit report, he says.

“Judgments and liens remain on your report for 7 years, counting from the filing date,” says Kevin Haney, owner of A.S.K. Benefit Solutions, a firm in East Brunswick, New Jersey. “If the statute of limitations has expired, repaying the old debt changes the payment status on the collection account. A paid collection is better than an unpaid collection account.”