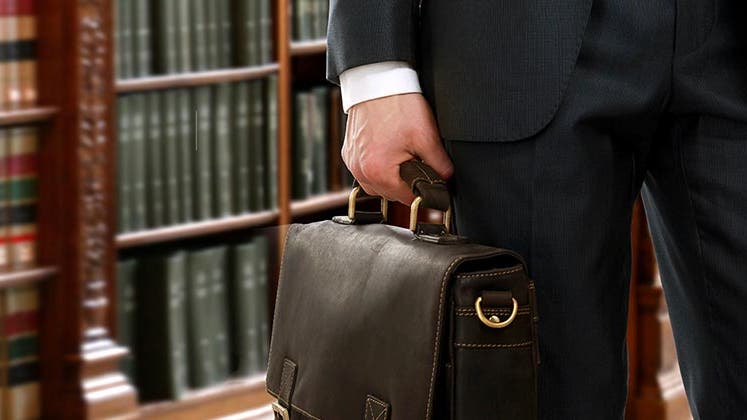 Bankruptcy lawyers often are the beneficiaries of a tough economy, but their clients, many of whom know little about the process and have scant time to research it, are usually at a loss when it comes to seeking the help of an expert.

With creditors closing in and desperation mounting, many people foolishly select a bankruptcy attorney based on price, an advertisement or, worst of all, no criteria at all. But selecting the right person to handle your bankruptcy can mean the difference between an eventual rebound and long-term pain.

If you’re considering bankruptcy, here are five things to look for in a bankruptcy lawyer.

It’s a simple and sad fact that the fee will be a key element for most people when it comes to hiring a bankruptcy attorney. After all, money is at the root of this particular problem. But with prices ranging from $1,000 to $3,000 depending on what part of the country you live in, it’s important to make sure you’re getting exactly what you need.

Fortunately, most bankruptcy lawyers use a relatively standard agreement for a basic Chapter 7, liquidation, or Chapter 13, personal reorganization. The flat fee should include consultation with the client and analysis of the financial situation; preparation of the bankruptcy petition; reviewing the petition with the client; attendance at the meeting of creditors, known as a 341 meeting; and follow-ups with creditors, such as taking action to halt any post-filing collection efforts, if necessary.

In a Chapter 13 case, the fee should also include preparation of the reorganization plan and representation at the confirmation hearing.

According to Meaghan Tuohey-Kay, a bankruptcy lawyer in New Jersey, it’s important to make sure these services are all clearly spelled out in the representation agreement.

In all likelihood, the flat fee won’t cover eventualities like representing the debtor in an adversarial proceeding, such as when a creditor challenges the filing, and so it’s important to ask what the attorney is likely to charge for any possible litigation that may arise out of the bankruptcy. While litigation occurs in only a small number of cases, it’s a factor that all filers should consider before hiring an attorney as the costs can be high and can quickly spiral out of control.

Tuohey-Kay urges people not to choose bankruptcy lawyers based solely on price because courts often cap how much a lawyer can make on a given case, and those who routinely handle such matters tend to charge fees that cluster in the same general ballpark.

“If an attorney is offering representation that is drastically lower than other attorneys in the area, that should be a red flag that either the attorney really doesn’t do much bankruptcy and/or will cut corners on your case,” Tuohey-Kay warns. “However, most reputable attorneys will not give fees out over the phone without a complete consultation, so be wary of attorneys who just give a number over the phone without considering your specific situation.”

Technically, any attorney can handle a bankruptcy, but in practice, only those who usually handle such cases are worth using, according to Melissa A. Herman, an Atlanta-based bankruptcy lawyer.

But clients shouldn’t use the length of an attorney’s career as an indicator of their expertise, Herman says. “The better question to ask would be: What percentage of the lawyer’s practice constitutes bankruptcy and how many cases has the lawyer filed?”

At the same time, if a lawyer advertises expertise in numerous other areas, it’s a safe bet that, at best, they are likely a jack-of-all-trades and a master of none, Tuohey-Kay says.

“If a print ad lists 10 different practice areas that include everything from municipal work, general litigation and bankruptcy, I would keep looking,” Tuohey-Kay says. “Find someone with a more limited practice.”

In 2005, Congress enacted the Bankruptcy Abuse Prevention and Consumer Protection Act. The legislation, designed to reign in millionaires and habitual filers from gaming the system, brought widespread reform to the bankruptcy industry. But the changes also make it harder for some debtors who meet a minimum threshold for income, which varies by state, to file for a Chapter 7 bankruptcy. In some cases, the law requires them to repay their debts through a reorganization rather than receiving outright forgiveness. In addition, it also required those seeking bankruptcy protections to take a credit counseling class before filing.

While it is possible that the changes to the bankruptcy code may have little or no effect on some filers, it’s nearly impossible for a person who is not a lawyer to tell beforehand how their case may differ because of the new legislation. But perhaps more troubling is the possibility that some “experienced” bankruptcy lawyers aren’t current on the 2005 changes, according to Frank Terzo, an attorney who heads the bankruptcy practice for the Miami branch of the GrayRobinson law firm.

But how can you tell? Unfortunately, there are no simple answers. One piece of advice Terzo has is to simply ask how, if at all, your case is likely to be impacted by the 2005 changes to the bankruptcy code. If a lawyer can’t answer the broad strokes of that question in the initial consultation, says Terzo, it’s likely this is not the lawyer you want to represent you.

4. Don’t get run through a mill

While you should always seek out the services of an experienced bankruptcy practitioner, one common pitfall can be falling into the hands of what lawyers call a bankruptcy mill, a firm that churns and burns cases with little regard for their client’s specific needs. Such firms are notorious for shoddy legal work, unhappy clients and raising the suspicions of judges and trustees, who worry that mills, and their clients, are more likely to try and pull a fast one on creditors by abusing the process.

The trouble is that spotting a mill can be rather difficult for a person who is not a lawyer. But a good first step is to check with your local bar association for recommendations on attorneys who specialize in bankruptcy, says Terzo, who points out that most mills don’t do the kind of lawyer-to-lawyer networking that is a customary feature of a local bar association.

“The ranks of the local bar association are typically filled with lawyers who specialize in business bankruptcy, but there are usually more than a few lawyers who do personal work, and they tend to be the smarter, up-and-coming ones in that field,” Terzo says.

But no matter where you go initially to find an attorney, Terzo believes the client should always be on the lookout for certain red flags that could indicate a bankruptcy mill.

“If you don’t meet an actual lawyer in the initial consultation, that’s a big warning sign,” Terzo explains. Terzo adds that most mills use paralegals to do intake and prepare key documents for filing. “At some mills, the first time you meet your lawyer is at the meeting of creditors; that’s a really bad sign,” he says.

Another good way to spot a mill is by asking how many cases an attorney handles at a given time. According to attorney Toby Bartholow of Dallas, if a lawyer handles more than 30 bankruptcies per month, it’s a safe bet you’re dealing with a mill.

A high-volume practice is also likely to be characterized by quick, superficial initial consultations, according to Tuohey-Kay, who points out that even uncomplicated cases require at least an hour for the initial consultation so that the lawyer can familiarize himself with the client’s income over the previous six months and the present market value of their assets.

It may sound obvious, but picking a lawyer who you aren’t comfortable with, even if the attorney is well qualified and competitive on price, is a recipe for disaster. Too often, people overlook the interpersonal factors that govern the lawyer/client relationship, according to Bartholow.

“If they don’t have a good feel for their relationship with the attorney, they should go elsewhere and not be shy about it,” Bartholow says. “Filing a bankruptcy is an emotional matter for most people, and it’s important that they feel right about what they are doing and who is doing it for them.”

While that may mean walking away from an affordable, trustworthy and qualified bankruptcy lawyer, Bartholow insists that the prospective client won’t get nearly as much as they should from their attorney if they don’t feel comfortable. That means that the preparation and research that goes into finding a good bankruptcy attorney only lays the groundwork for a more difficult choice that requires the client to trust their instincts when it comes to assessing the character of their prospective lawyer. For that, there are no guarantees, but clients who do their homework before they hire a bankruptcy attorney can be reasonably certain that they’ve found a solid advocate.