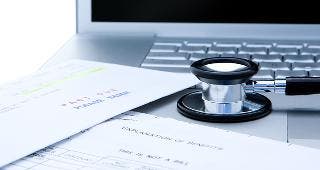 Medical bills that wind up in collections hurt your credit scores more than they should.

That was the conclusion the Consumer Financial Protection Bureau reached after studying 5 million credit reports earlier this year. The federal regulator tracked how well credit scores predicted people’s future creditworthiness after medical bills showed up on their reports.

FREE TOOL: Take a look at your credit score for free at myBankrate.

Small changes to scoring on the margins

The study didn’t receive much pushback from the credit scoring industry. FICO, creator of the leading score, noted that its latest version of the formula ignores small collection accounts and that the next version, to be released this year, will use “a more nuanced approach to assessing consumer collection data” and that “medical collections will have a smaller impact than nonmedical collections,” according to spokesman Anthony Sprauve.

You shouldn’t rely on these reassurances to protect your credit scores from medical debt, however. Most lenders use older versions of the FICO formula that don’t have these upgrades, and it’s uncertain how many will adopt the new score when it comes out. A rival formula that already ignores paid collections, the VantageScore, isn’t widely used by lenders.

That’s why you need to take an active role to ensure a medical bill doesn’t trash your credit. Here’s what to do: